Nexus re-appeared on Monday Night Raw, minus one member.

When we got back through the curtain, everybody thought the beat down was awesome. Then somebody shouted, “Who was choking Justin Roberts?!” They couldn’t see because the camera was focused exclusively on Justin’s purple face.

I stepped forward and said, “Uh, that was me.”

“And who spit on John Cena?!” they asked.

Apparently choking and spitting are two of the things not allowed within the PG guidelines of WWE programming, but I had no clue. Of course, we didn’t need the choke, nor did we need the spit, but elements like that showed our disdain and added to the brutality of the whole thing. The fundamental reason our characters did all of that was that we were pissed off after being treated like jokes for an entire season of NXT, and I just did the most violent and malicious things I could think of. The parameters of PG never crossed my mind. I apologized to everyone and made a special point to apologize to Justin and Cena.

Neither of them seemed to care, and part of me thinks Justin thought it was pretty cool. I’d known him since 2002; he loved wrestling, and I think he was happy to have had such a memorable part in the moment, despite the marks on his neck. The Nexus attack happened on Monday, then Tuesday we all went to SmackDown but didn’t do anything on the show. As I walked down the halls at SmackDown, I passed Michael Hayes. “Daniel, what did you learn last night?” he asked. “No choking, no spitting, “I replied. “That’s right. It’s OK to make mistakes as long as you learn from them,” Michael said. I thought I was in the clear.

That Wednesday, WWE booked me on an FCW show down in Florida. Miz was on the show, too, and as we sat in the locker room talking about the whole thing, he reassured me not to worry about it. He said they would all forget about it by next week.

Two days later—June 11, 2010—I got the second and last call I’ve ever received from Vince McMahon. I didn’t know it was him at first because it came from a blocked number, but as I answered, I had a sinking feeling that it wasn’t good news.

When I picked up, I knew right away it was really Vince, and this time there was no feeling that it was a rib. He said, “You know, Daniel, I’m sorry I have to do this. I feel really bad, but we have guidelines as far as what’s PG and what’s not PG, and unfortunately, you broke those guidelines. I’m sorry, but we’re going to have to let you go.”

As far as firings go, it was actually not too bad. It was way better than the first time I got fired when I lived in Memphis. I appreciated that he called me himself, and there wasn’t anything mean or malicious about it; it was completely different than what you would expect if you’ve seen Vince fictionally fire someone on television. He further explained that he had to do it to set an example. He didn’t want to do it. It was actually quite endearing.

My reaction to being fired was different than even I would have expected of myself. I felt liberated, as if an enormous burden had been lifted off my shoulders. I thanked Vince for the opportunity, and after he expressed his regret one last time, I responded, “Don’t be sorry. I’ll make more money now this year than I did with you guys, so don’t be sorry for me at all.” It was a weird thing for me to say, because I’m not overly money-driven, but all I saw was opportunity. There is no better time to be fired than after a hot angle like the Nexus’s debut, especially because I essentially got fired for being too violent. And a lot of independent fans hated the sanitized version of wrestling that’s required to be PG. I knew they would see the whole thing not only as an injustice but also as proof that the only place they could see the kind of wrestling they liked was on the independents.

I don’t know how soon after the incident Vince knew he was going to fire me. He may have been under pressure, considering the company’s many sponsors and partners who rely on WWE being PG-rated. Plus, there are all the kids watching the show. I learned that Vince didn’t tell too many people before he did it. I called John Laurinaitis after I got off the phone with Vince, just to clear up what this meant as far as me wrestling for other promotions going forward, but he didn’t answer the phone. Ten minutes later, Johnny called me back, and he was shocked by the whole thing. He told me Vince had called him about thirty minutes earlier and asked for my number (he didn’t say why) and had just then called him back to tell him that I was fired. It was a very uncommon circumstance; Laurinaitis was usually the one responsible for calling and letting talent go. The comment I made about the money must have really reverberated with Vince, because Johnny asked me, “Did you tell Vince you were going to make more money on the indies?” I told him I did. And it was the truth. There is a lot that people don’t understand about our lives as WWE wrestlers.

For one, when we sign our contracts, we are guaranteed a certain amount of money, called your “downside.” With the exception of top guys, usually it’s not very much, and my contract was for substantially less than I made working on the independents. In WWE, the idea is that if you are booked most of the time, you will make far more than your downside, but since I wasn’t on many shows, I only made the minimum. It was by no means a struggle to get by, but I wasn’t saving as much money as I had hoped. Also, in WWE, the wrestlers are responsible for paying for their own hotels and rental cars, whereas on the independents, all of that was taken care of. WWE takes care of those expenses for anyone under a developmental contract who’s brought up on the road for TV. I was actually the only member of NXT not on a developmental contract, but I was lucky to be able to jump in with the other guys.

Anyhow, Laurinaitis told me Vince said I could start working independent dates as soon as I wanted, as long as it wasn’t for television or pay-per-view. That was all I needed to hear. As soon as I got off with Johnny, I called Gabe Sapolsky, who was booking shows for both Dragon Gate USA and Evolve.

When he picked up the phone, I said, “Gabe, we’re going to make a lot of money.” (As a side note, what I considered a lot of money, some people would laugh at. It’s all relative. If I showed Steve Austin how much I made during the time I was fired, he would not be impressed. My family, however, was very impressed, and so was I.) 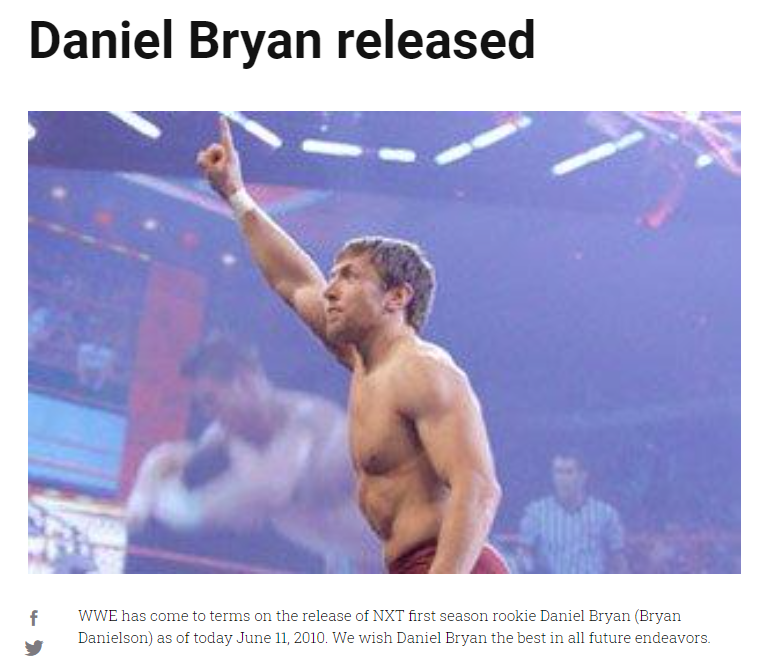 On that bomb-shell, let’s watch the second episode of Season 2.

Last week ended in a forced brawl so Matt Striker has everyone come to the ring to explain themselves.

Percy Watson has purple glasses this week which reminds me of Mike Fitzgerald’s comment from last week: “I remember Lance Storm ranting about how Percy Watson was disrespecting the wrestling business at the time, because he would compete whilst wearing his glasses, even though they clearly aren’t real glasses.” I had a look at the WON site and couldn’t find this but it sounds essential reading/listening.

MVP explains it was a good thing that they got beat down last week because they were actually teaching them. MVP asks them if they’re cool and they shake his hand and we move on. That was ten minutes of show.

Laycool talk about how cute and cuddly Kaval is before we segue-way into his uber-deep voice video package, surprisingly showing NJPW photos and Zero-ONE Samurai TV footage!

Tom Howard finally making it onto WWE TV after all those 1999 dark matches. Laycool join us on commentary as Kaval shrugs off Riley’s early offence to kick the dog-fuck out of him. Mathews and Cole keep on talking about Kaval’s size being a disadvantage which is almost sad that it took WWE forever to stop emphasising SIZE IS GOODER but it’s hilarious during this match as Riley is getting devoured by the poor unfortunate tiny Kaval. Riley gets the advantage after the advert break rest hold and even Kaval’s selling is athletic. Kaval runs out of a sunset flip to double stomp Riley and the crowd loves that. Kaval gets the Ki Clutch in the ropes for a few seconds a la Tajiri’s Tarantula. A rolling kick takes down Riley who side-steps a Double Stomp to take a TKO for the loss after his second bit of offence in the match.

Winner: Alex Riley (Kaval’s posture, selling, offence and facial expressions were a hundred miles away from his opponent and he had the benefit of Laycool filling out the rest of his personality so of course he lost clean. Also want to point out Kaval’s kicks were LOUD without leg-slapping.)

RAW REBOUND: Wade brags about Nexus destruction of Cena but Raw GM Bret Hart isn’t happy. They go back and forth until Bret fires Wade (who is the only one with a contract). Cena shows up later to challenge Nexus but he brings an appropriate amount of people with him to make it a fair fight so of course Nexus gets beat up and they run away. Then in the main event tag match (with the locker room out to defend the wrestlers from an another attack), Nexus attack Bret Hart while he’s in a limo in a very convoluted cut-scene. Then they run away again.

Mark slams Master Perfect around before letting Lucky tag in. Mathews asks why he’s called Lucky and Cole explains one of his mates was in a fight and Lucky intervened and got hit with a steel bar. He was in a coma for weeks, lost forty-five pounds and that’s why he’s Lucky. He then says Lucky has the world record for shoe-lace tying. Kofi and Michael send their opponents to the outside into the deadly advert break and when we return, Master Perfect is arm-barring Lucky. Mark tags in and beats him down before tagging back out to Lucky for more nothing-happening action. Then Michael dodges a crossbody to nail a really quick neckbreaker for the win out of nowhere.

Winners:Michael McGillicutty & Kofi Kingston (Basic when the Pros were in and complete boredom when the Rookies were in).

Post-match Cody calls Lucky “all style and no substance”. That’s harsh, I didn’t see any style from him. These fighting words set up a singles match next week and the show ends on a high note with Cody decking Striker.

Overall: Outside of Kaval’s one-man performance nearly putting Chazz Palminteri’s A Bronx Tale to shame, the most interesting aspect of the show is still seeing future stars being young and green while WWE tries to figure out what the fuck they’re supposed to be doing with this show.

I’ve been Maffew go check out the brand new Botchamania 426.