Matt Striker introduces the Rookies into the ring for “The Most Important Episode of NXT Ever”, as the Pros have evaluated them on Win/Loss Record, Quality Of Opponent, It Factor and Determination:

Bryan happily admits his Win/Loss Record isn’t the best (0-5) and points of Michael Cole keeps telling people how bad he is (drawing boos from the crowd) but there’s a lot of Rookies here who are married to famous people and can’t wrestle. Otunga resembles that remark and points out he may not be able to do a lot of moves but he has the It Factor and speaking to Bryan is “like eating mashed potatoes”. Bryan mocks his dress sense (“Your belt doesn’t even fit! Jesus!”) and Striker has to cut off the excitement to let us know there’ll be another vote soon and whoever wins that will win a championship title opportunity of their choice. Cole then rants with a passion you rarely see from him about how ridiculous that a 0-5 Rookie won the #1 spot which saved this segment, which didn’t have any effect on anything. 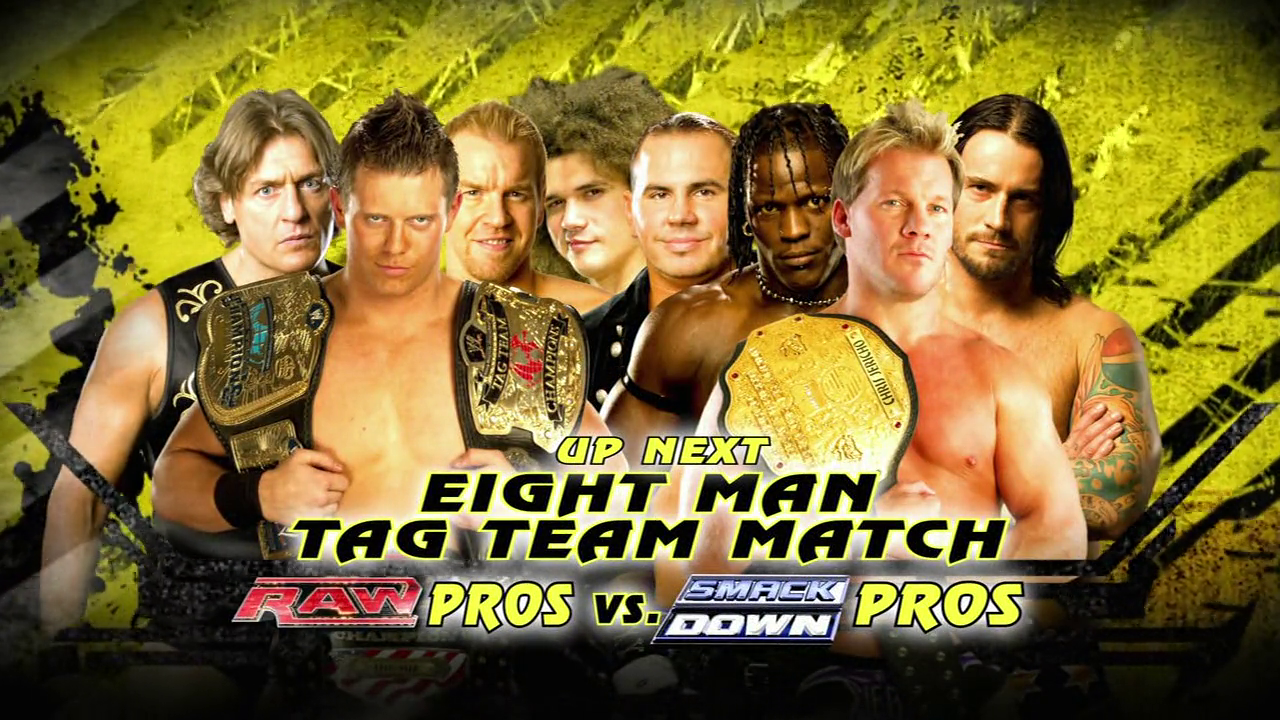 The Raw and Smackdown teams make their entrances to their brand’s themes but I have no memory at all of the Smackdown theme from 2009-2011:

Chris Jericho isn’t dressed to compete and decides to do commentary instead, citing the brutal match he had with Edge at Wrestlemania. That’s certainly how I’d describe it. Wade Barrett takes his place instead. Truth punches apple bits out of Carlito’s mouth and then CM Punk takes over as Jericho worries about Cole’s mediocrity rubbing off on him. Regal gets on his knees to beg for Punk to switch rookies with him but Punk declines and tags in Wade instead. Regal doesn’t want to wrestle a fellow countryman and tags in Christian. There’s not much in the way of action but they’re at least pushing the little stories they have. Barrett kicks out of Christian’s second-rope Sunset Flip and tags in Matt Hardy as Jericho yells about how clever he is. Cole and Jericho start arguing over if anyone watches hockey anymore. Jericho gets mad at Cole’s questions about the post-match attack on Edge at Wrestlemania and says it’s lucky Mathews The Veteran is between the pair of them so he’s only not attacking Cole because Josh may “shoot on him” cracking up everybody. “Very weakly, I might add.” Might as well do Play-By-Play for the commentary, it’s more interesting than typing “R-Truth takes another chinlock for three minutes” Eventually Punk and Christian go at it with effort until it all breaks down and everyone runs in for finishers. Barrett gets a blind tag on Punk, who distracts the ref so Jericho can pull Christian’s leg so he’s open for a Wasteland as Barrett gets the big win.

Winners: Smackdown Guys (All about getting Wade over while Jericho carried the load while sat on his arse.) 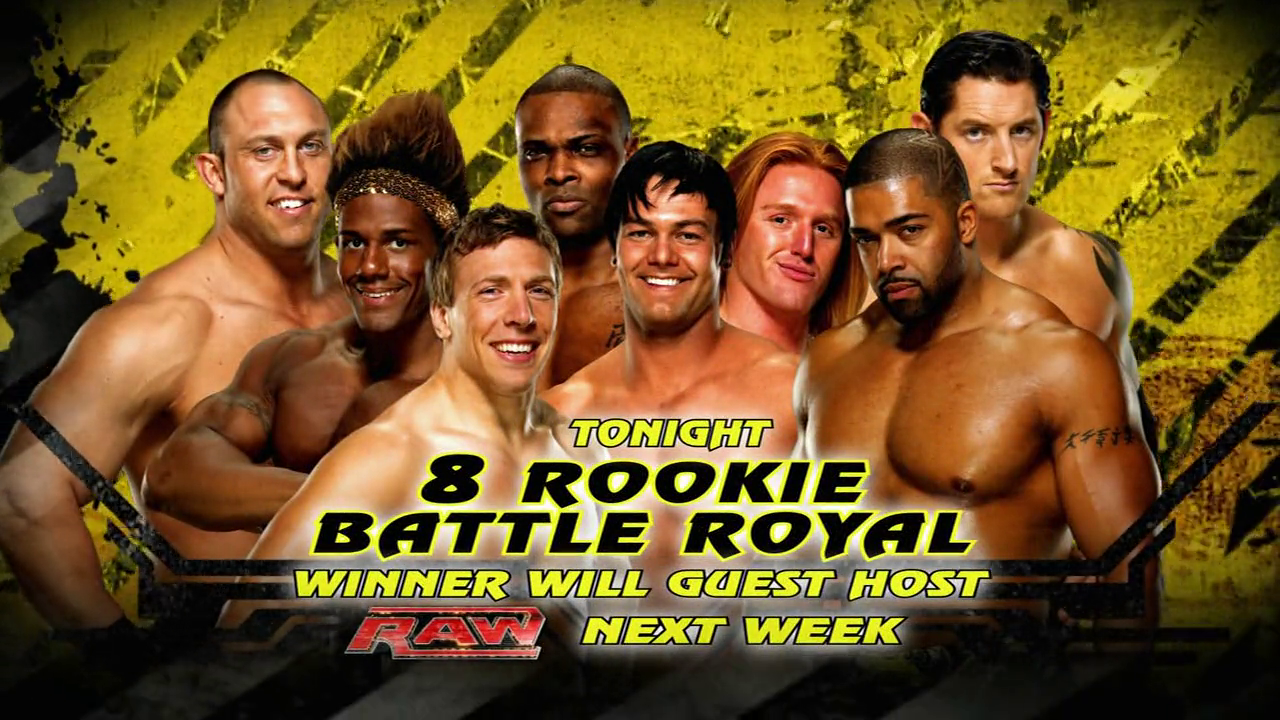 Winner gets to Guest-Host Monday Night Raw. Bloody hell, I’m all for pushing new guys but that’s the equivalent to the Spartans throwing their babies off cliffs. Anyway everyone gangs up to throw Wade Barrett out because he’s the big un. We go to break and miss Darren Young & Skip Sheffield getting eliminated. Bryan skins the cat and uses his legs to eject Tarver, but as he’s re-entering Slater the idiot decides to crossbody Bryan to take both Bryan and himself out. Production missed nearly every elimination because they were too busy replaying the other eliminations they missed. This leaves Otunga and Gabriel, a main event anywhere in the country. Gabriel lands his 450 Splash but then very-dramatically spends time thinking (full-blown scratching his head “hmmm what do I do know?” levels of I’m Thinking) as the commentators criticize him. Gabriel can’t deadlift Otunga so drags him to the ropes causing Otunga to spring to life and hurl Gabriel out to win.

Winner: David Otunga (Maybe it’s just me but it’s not a good look if you’re only winning because your opponent forgot how to wrestle.)

Striker interviews Otunga who says nothing important and doesn’t sound confident on the mic so he’s perfect for Guest Hosting Monday Night Raw.

Overall: The action was at Coliseum Home Video Exclusive Match levels of effort so it was about the stories and show. Weirdest thing was NXT hyping up how important the Pro Poll was and then did a Battle Royal which was won by #5.

Otunga to the Pros:

But next week is KEG WEEK so who cares about this episode.

I’ve been Maffew and apart from watching Dario Argento films on Amazon Prime, the only thing I’ve done this week is Botchamania 419.