Just a few stops to go before we park the ECW On Syfy bus in the depot so let’s pop into Memphis, TN for the hell of it.

Abe says he hasn’t been here for a few weeks as DC was trying to take him away and have him replace Conan O’Brien. Well I’m sure the first part was true. Abe says he turned it down because he knows the ECW audience loves him so much so what do they expect from him? Tony: “How about trying to be funny?”

Still-ECW Champion Christian shows up but before anything happens, Zack Ryder appears to tell us us about the real news this week: 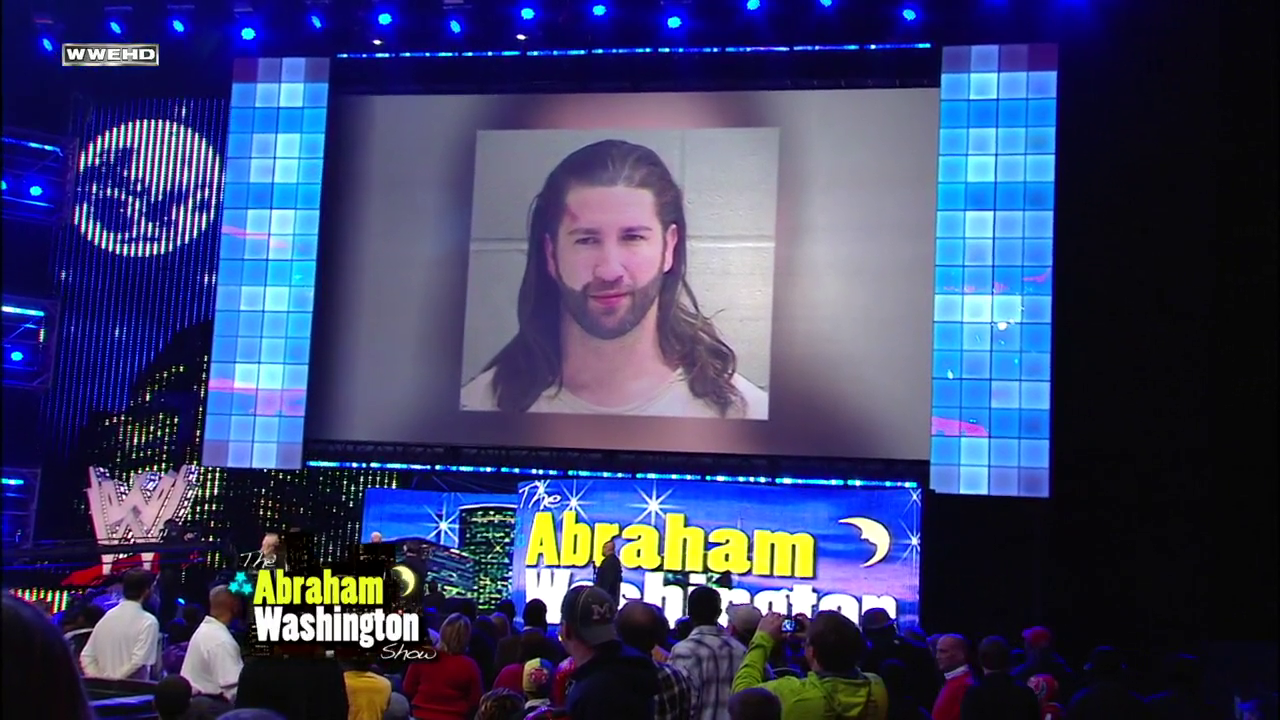 WWE superstars Chris Jericho and Gregory Helms were arrested in Kentucky early Wednesday morning when police were called to a gas station and found the wrestlers “extremely intoxicated” and fighting. According to a recent report on TMZ.com, Helms allegedly smacked Jericho, a man named Gary Kelley and a female passenger named Ashley Storer.

According to the report, witnesses told police that Helms ran from the scene right after the incident, but returned soon after, where he and Jericho were arrested for being drunk in public. Helms was not arrested for the alleged attack because the alleged victims have not pressed charges, which is a requirement for an arrest in Kentucky if the police do not witness the attack. While Ashley told police that she did not want to file charges against Helms, Kelley is apparently considering it.

Local newspaper The Cincinnati Enquirer reports that the two were arrested at a Shell gas station around 5:45 a.m. on Wednesday and charged with public alcohol intoxication. After spending about an hour in jail, they were released after each paying $120 fines.

Ryder takes issue with the man alleging to be a real-life superhero getting drunk & arrested. “Stand back, there’s a criminal coming through!” Christian wonders if Ryder dislikes Helms or if he’s jealous he made it onto TMZ before him. Christian calls his girl “Tila Tequila” to really age this show but before any fighting starts, Abe plays the music and ends the show. Less painful than usual so I didn’t enjoy it as much.

I wondered happened to Tila so I checked her Wikipedia and discovered it had a “Nazi views” section and I tapped out.

Lance knocked down Shelton as he was telling everyone he was going to win the Rumble so we get The Battle Of The Guys You’re Surprised Are Still On National TV in 2020. Shelton is fired up and dives over the top rope to knock down the much bigger dude, who ignores it and kicks the ropes as Shelton’s getting back in the ring. Shelton knocks him out of the other side of the ring but misses a Stinger Splash onto the guard-rail to take us to break and wouldn’t you know it, Lance has the advantage when we return. Lance powers up the chinlock to silence the crowd as his offence could put a glass eye to sleep. Shelton wakes up long enough to work over Lance’s leg, make the decision to not work the leg, counter a suplex into a falling neckbreaker before making a complete dog’s breakfast of a Sunset Flip in the corner due to Lance’s size. He tries turning into a Dirty Pin but the referee’s directly in front of him so they improvise and turn it into a Dirty Landslide instead.

RAW REBOUND: Bret Hart demands Vince McMahon apologise for the things he’s done to him but Vince doesn’t feel bad about anything he ever did. “That’s the first honest thing you’ve ever said!” Bret brings up Vince’s amazing “you’re like a stick of chewing gum without any flavour left” line which causes Vince to snap and remove Stu Hart from this year’s Hall Of Fame because he doesn’t deserve it. Bret attacks Vince causing Batista to show up to punch Bret a few times (making sure to pull his jacket over his head so they can tell Lloyds of London only his pride took a bump). Vince’s promos were tremendous but it’s a shame this was leading to matches that should never have happened.

“Trent Baretta prepares for his matches by playing Guitar Hero and watching Steven Seagal movies and he wanted this fact to be known.” I mean if it’s Under Siege or Executive Decision then watch them with pride. Trent and Yoshi start off with a silky smooth exchange of counters before Trent begs off and sucker-punches Yoshi. Trent’s such a shit that the crowd actually come alive to cheer for Yoshi (or maybe they’re excited for the Nintendo Gigaleak). Yoshi comes back with a nifty headlock roll-through into a soccer kick that’s worth GIFing.

Trent lands a sloppy Frankensteiner off the top which gets turned into a Sunset Flip for two and that would have been far more impressive if Trent hadn’t landed on his head. He argues with the ref about the two-count and walks directly into Yoshi’s head-kick to end it.

Winner: Yoshi Tatsu (Some stuff worked better than others but it was nice seeing two guys at least gelling together.)

Up next we get…Vince McMahon? With an important announcement? 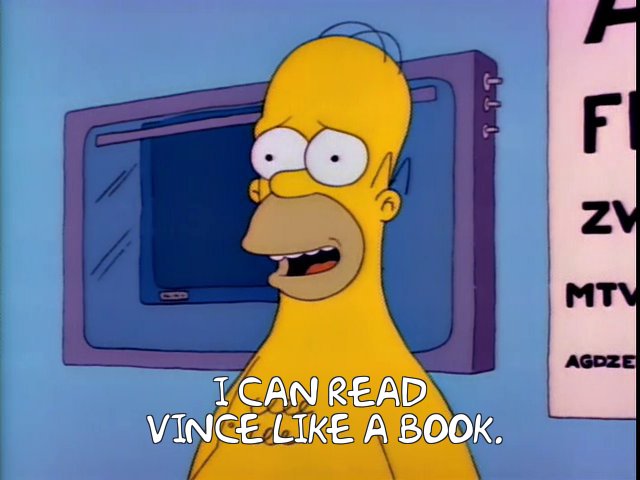 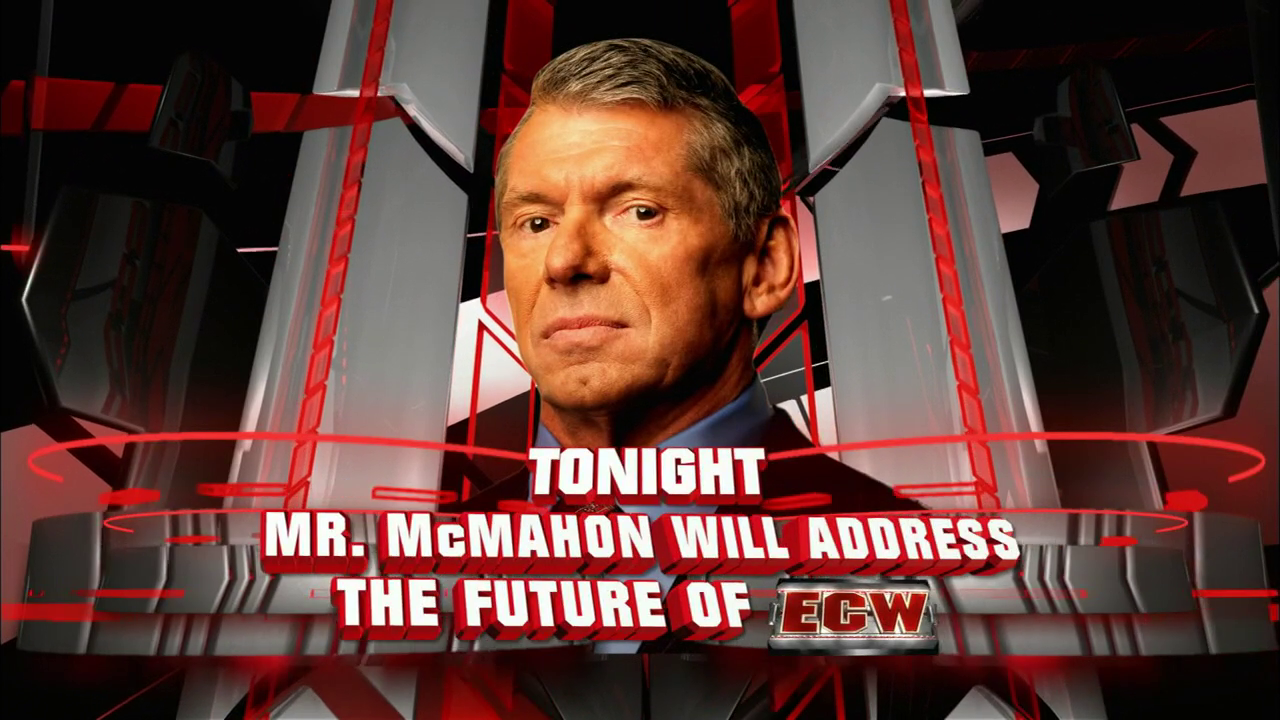 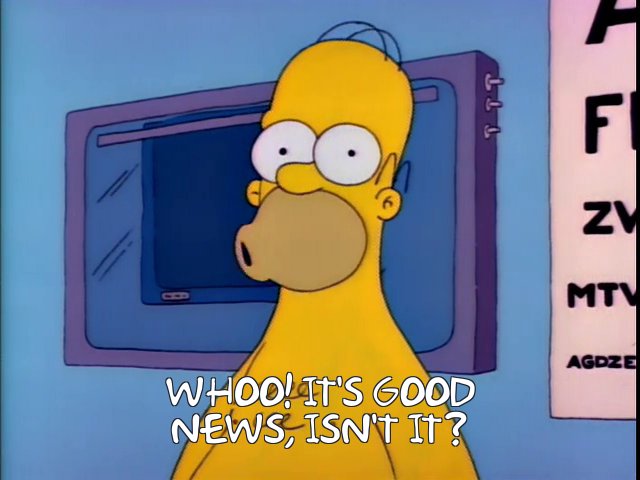 “In three weeks time, ECW will be off the air.” He thanks the producers and crew who helped put the show together and hypes up the revolutionary show that will follow it, declaring it the “next evolution of WWE, the next evolution of TV history”. AND THE CROWD REACTS WITH COMPLETE SILENCE as Vince says “thank you very much” and sods off. Well I don’t know what he was expecting from “this show sucks so I’m killing it off…enjoy the rest of the show!”

We join Roving Reporter Gregory Helms (who has a nerve to show up and no-sell both Ryder & TMZ) in-ring with Ezekiel Jackson & William Regal. He asks him a question about losing to Christian so Regal asks Helms “it’s been a very trying week for you hasn’t it? Well it’s about to get worse” and they bum-rush him. Christian saves the poor felon by scaring them both off with a Singapore Cane and that leads to…

We’ve got maybe six minutes left so Ryder starts off quick and angry before getting taken down and immediately begging off. No wonder he’s the only one with momentum on this show. He bops Christian off a charge but Captain Charisma dropkicks him off the apron in response. His follow-up dropkick gets turned into a slingshot in the ropes, taking us directly into Chinlockville. Christian escapes but runs into the Rough Ryder for two. He powers out and manages a crossbody off the top (because he loved that move) before turning a Flying Nothing into a flapjack. They are both moving like they’re Shawn Michaels at Wrestlemania XI. Missile Dropkick isn’t enough and the Sunset Flip off the ropes gets converted into a near-fall by Ryder. Christian recovers to manage the Killswitch but before he can make the pin, Zeke smashes him with another clothesline for the DQ.

Winner via DQ: Christian (Both men were going at it like they’d heard the taxi they’d ordered arrived early but neither were fully clothed yet.)

Post-match Christian gets beat up some more, probably to please Vince. 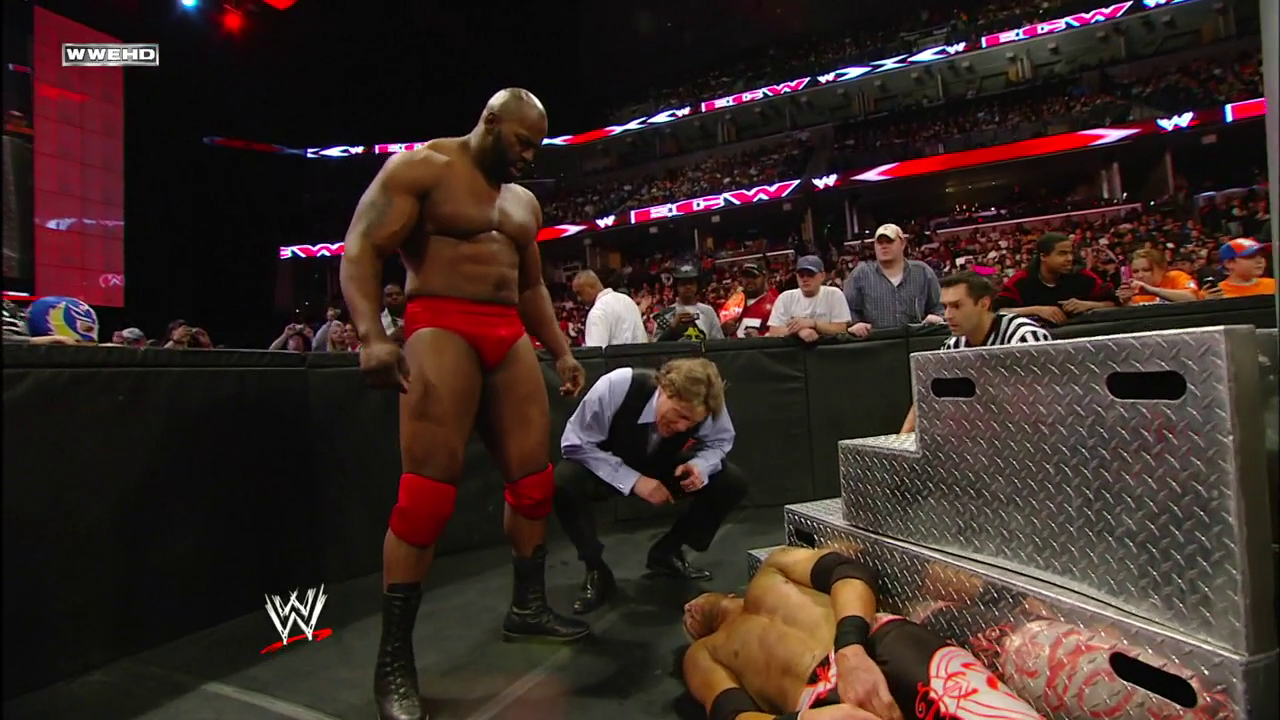 Overall: Well the brand’s getting measured up for it’s casket despite being the highest rated show on Syfy so fair play to everyone for bothering this week, especially Ryder who’s improving every week.

I’ve been Maffew (for at least two more weeks).