We’re in Cincinnati, Ohio (Japanese crowd: “Ohio!”) and we’re five days away from Royal Rumble 2010 and the last ECW title on a WWE PPV.

William Regal introduces the “next ECW Champion” Ezekiel Jackson and we get clips of last week’s beatdown. Sadly Ezekiel decides to talk after Regal which is like trying to follow Meatloaf at Donnington. His best word is *flex*. Christian shows up and points out Ezekiel may like Bible quotes but he’s CHRISTIAN. Christian quotes Pulp Fiction to no reaction because they haven’t realised that the audience is 80% kids now (which is why Rocky 4 got no-sold last week). Anyway Christian points out that Zeke is really big but he only beat him up 2-on-1 last week so KABOOM here’s Kane to even the odds.

Christian & Regal start off to get my tail-wagging and they have a fine opening feeling out process before Zeke & Kane tag in to go at it like the trucks at Halloween Havoc 1995. Regal shows Zeke how to double-team and the crowd goes nuts when Regal is being a dick to Kane but doesn’t care about Kane’s hot tag to Christian. A crossbody off the second rope to the outside onto both men wakes them up though. When we return from break, Zeke tosses Christian outside and takes advantage of a Regal distraction to flatten the blue-faced fuck. Back in, Zeke’s offence is straight out of the WWE Roidy Magoo guide-book so I switch off. This goes on and on as the crowd is insisting they only like Kane but they’re pushing it. Kane gets the hot tag but immediately posted, allowing Zeke to tag Regal as he’s getting hit with the Killswitch to nail Christian with the Book Of Zeke to end it.

Winners: William Regal & Ezekiel Jackson (The finish made Zeke look smart but everything else shined a giant light on his negatives because this went on for 17:43 and he only has enough material for 5 minutes. Also whenever they’d bring in the special guests like Kane, the crowd immediately ignores the supposed stars of ECW because Kids Love Kane.)

After Rumble By The Numbers, Shelton Benjamin talks about how he’s going to win until Lance Archer hits him with a dose of reality. He deserved that. 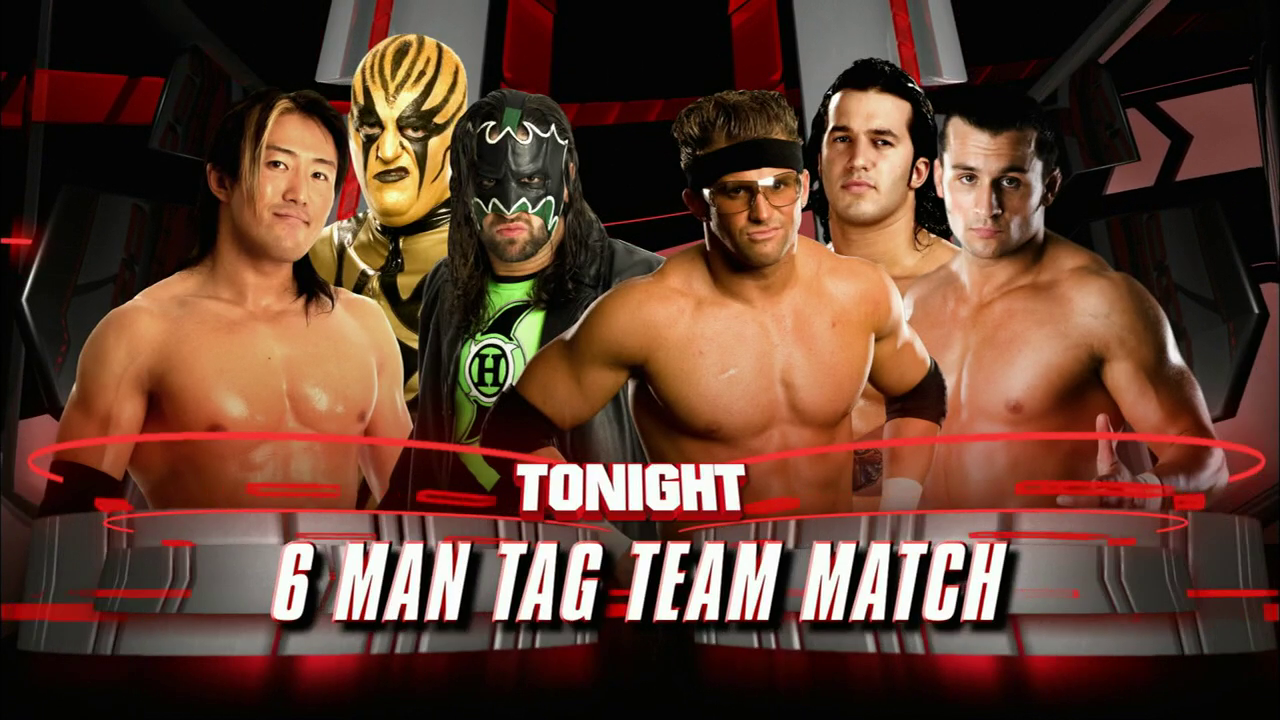 Goldust surprisingly dominates Croft to start and throws off a plethora of moves, showing more in two minutes than the last few weeks combined. He must have heard those baseless rumours about the brand closing. After a break, Goldust is still dismantling Croft to no reaction and I am not looking forward to the next ten minutes of long, heatless action. Opening with Kane and ending with The Dudebusters was asking for trouble. Hurricane tags in and lands the Hurricanerana on Trent Beretta to wake up the crowd up and follows that with the crossbody to the outside. Ryder lands the leg lariat which lead to Helms getting worked over in Heat Segment #2 Heat Harder but crowd can’t even muster the strength to care about Trent’s vaulting stomp. This goes on and on like Ariston until Hurricane finally makes the hot tag to Yoshi who kicks everyone and euthanizes the match with a high-kick to Trent.

Winners: Zack Ryder, Caylon Croft & Trent Baretta (They got a pop fourteen minutes in but until then it was like watching Sisyphus push his boulder for forty years.)

Two long, nothing matches make for a skippable show. Hopefully this’ll be better. 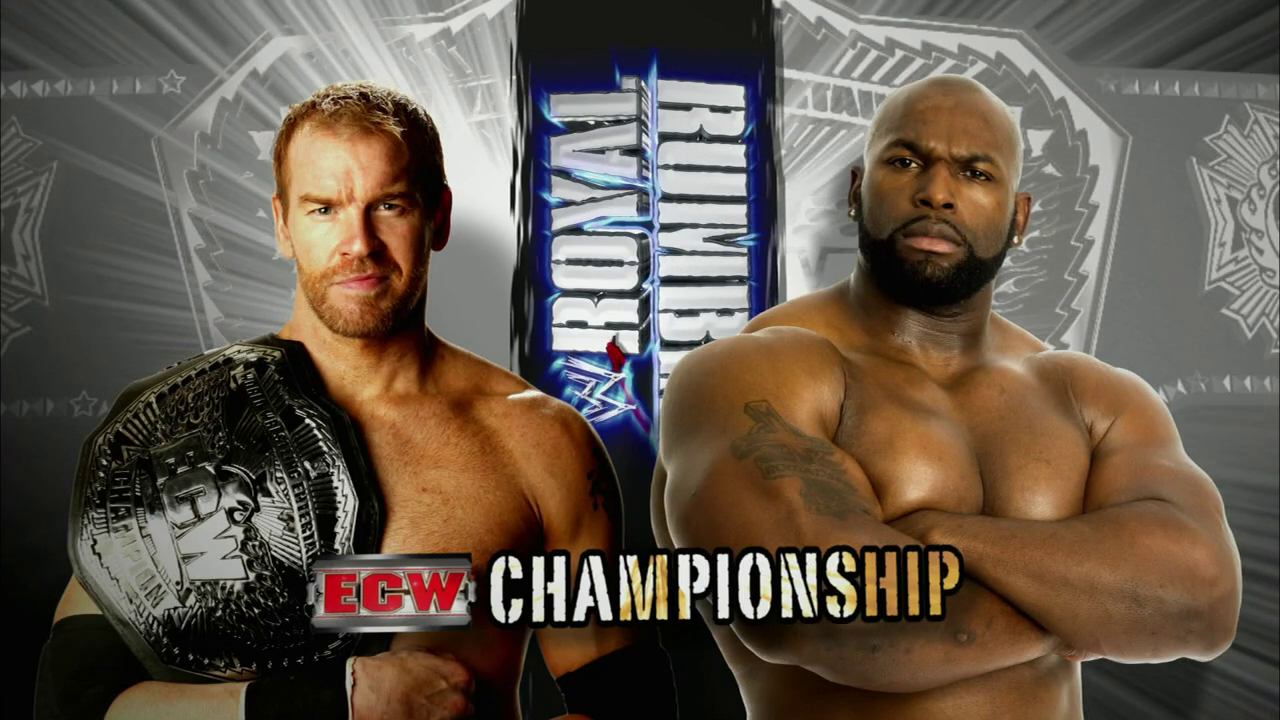 So here it is, the last ECW On Syfy match on a WWE PPV. Christian gets a hero’s welcome for this show-starter and the crowd goes OOOHH as Zeke shoves him around like Giant Haystacks. Christian bitch-slaps him and lands the crossbody to the outside because he loved that spot. Christian uses his speed to bob and weave but he takes too long on the top rope and he gets Meteor Smashed into the ground. Christian rolls outside but the ref spots William Regal eyeing him up and quickly sends him to the back before he can do anything and Little Willie goes home. Zeke continues slamming and clubbering as he’s sticking to what he knows (being big) and looks good as a result. Christian slaps him some more but gets tricked by Zeke.

Christian gets locked in a double nelson and screams like someone’s trying to censor his face. He manages to escape and fake out Zeke so he can connect with a flying elbow and a dropkick off the top…but Zeke still presses him out of a pin attempt. The champ misses a diving headbutt allowing Zeke to smash him daft with a BIG clothesline for two.

Crowd are popping every time Jackson throws one of those sledgehammers so I’m glad he’s spamming them. Christian tries the Jarrett Sleeper but Zeke hoists him over his shoulder and rams him into the corner a few times…but Christian is barely able to slip out and slink into perfect Killswitch position to land his finisher and turn over Zeke with his last breath to retain.

Winner and still ECW Champion: Christian (Considering Zeke was greener than Grass Type, this was a hell of a job by Captain Charisma. Christian just let Jackson pound away while easing him into every spot and you really have to watch the shows leading up to this to appreciate the effort (but don’t actually watch them, Jesus). Everything from the big clotheslines to the finish made Ezekiel look strong and this was the best ECW carry job since Matt Hardy made Kozlov look like Nikita Koloff at Armageddon 2008.)

Oh and the three ECW-branded guys in the Rumble were Zack Ryder (32 seconds), Shelton Benjamin (48 seconds) and Yoshi Tatsu (29 seconds) so everything is fine with the brand, don’t listen to that pesky Wade Keller.

Overall: Skip the Syfy and enjoy Rumble 2010. In fact, watch all the PPV for Undertaker vs. Rey and one of the best Rumbles they ever did, and ignore that giant hourglass in the corner that’s nearly filled up.

I’ve been Maffew and will continue to be for three more weeks.