I needed a week off due to all the horrible shite going on in wrestling but don’t worry, I’m sure the death rattle of ECW on Sci-Fi will cheer me up. Tonight, it’s finally The Homecoming Finale and we get a dramatic video package to pretend this hasn’t been boring crowds senseless these past few weeks.

Rosa Mendes dances to the ring to introduce Zack Ryder, and you know if the valet’s getting an entrance then there’s definitely enough on the show to fill an hour. Ryder finally has some proper heat after vanquishing Tommy Dreamer to TNA. The Hurricane is unhappy with Ryder proclaiming himself the new Heart & Soul of ECW and says he’s more like The Rear End of ECW. Rosa speaks angry foreignese at Hurricane who replies “can you press one for English?” It was a simpler time. It was 2010.

The Hurricane vs. Zack Ryder

Hurricane is defending the honour of Dreamer, probably because he’s in the same physical condition as him after half the career. Zack’s anti-Tommy heat disappears once the match starts so we get some unexciting facewashes and swinging neckbreakers while the crowd feels bad for encouraging them earlier. Helms kicks out of the Rough Ryder and yells C’MONNN a few times. 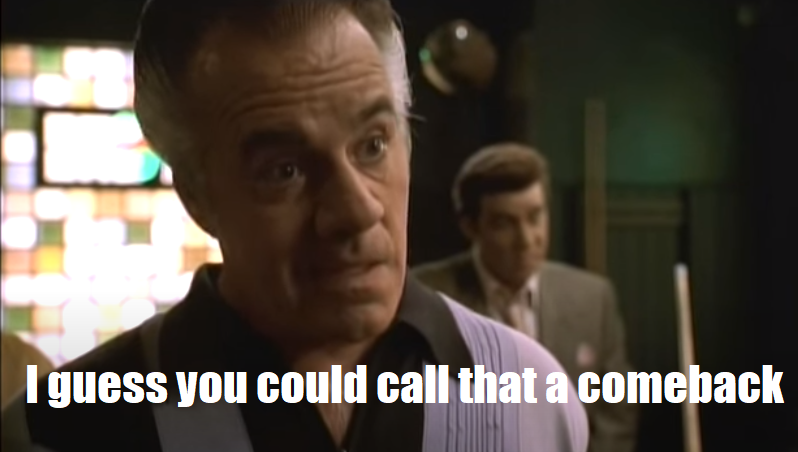 Hurricane yells a bunch, worrying Rosa enough to distract him while he’s on the top rope and allow Ryder to knock him off and pin him after a Zack Attack.

Winner: Zack Ryder (Ryder’s getting there, kicking and screaming.)

CM Punk is looking forward to winning the ECW Title again so he can mould the fans in his image. Well he’s unkempt and miserable so he’s nearly there.

This is happening because Croft lost to Yoshi Tatsu on Superstars, and you know a feud’s serious when it’s spilling over into the D-show. Trent is able to bump like crazy and take the attention away from Goldust moving as well as the statue he’s based on. He enjoys not-bumping so much that he gets carried away in the corner, forcing the ref to separate them and allowing Trent to get the world’s most contrived cheap-shot in and forcing Goldust to take a bump off a claymore kick for the pin.

So after all those weeks of guest stars and silent matches, we finally get the eight-man Homecoming match…and it’s a battle royal. 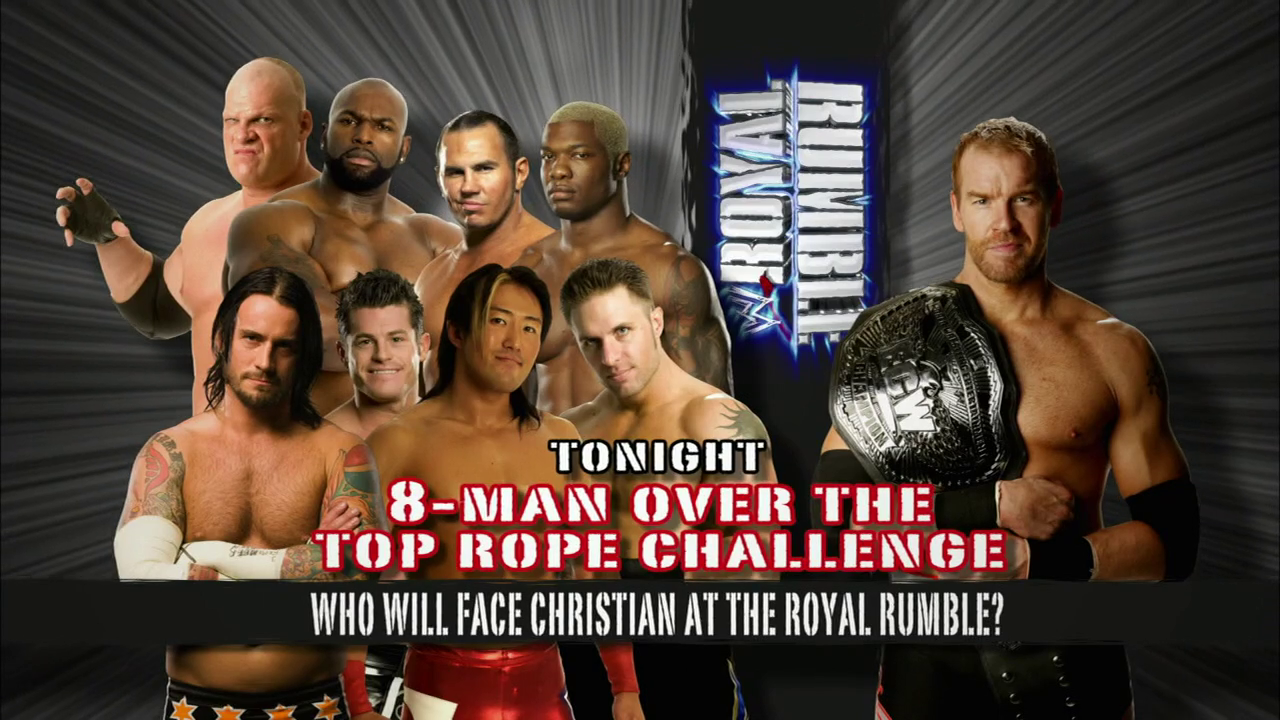 Shelton Benjamin jumps Lance Archer as soon as he enters and the referees have to stop them from doing anything exciting. Kane immediately eliminates Evan Bourne with a chokeslam over the ropes, taking the required cool bump of the night.

It’s all battle royal action, with the activity so slow that at one point they show a replay of a punch. After a break, Shelton eliminates Lance and himself with a crossbody over the ropes to keep that feud going. Zeke dumps Matt Hardy who tries skinning the cat but Zeke kicks him off undramatically. CM Punk tries the Running Knee/Running Bulldog on Kane but Zeke clotheslines him as he heads his way…then clotheslines Kane too for good measure.

Zeke launches Punk out the ring and Kane casually removes Yoshi, giving Kane vs. Zeke and the crowd’s pumped now the big lads are going at it. Zeke tries to slam him out the ring and the way the kids are reacting you’d think the floor was actual lava. Zeke rolls out the way of a top rope clothesline to eliminate Kane with a clothesline of his own.

Winner and Number One Contender: Ezekiel Jackson (It was a Battle Royal but the crowd were really into the final bit.) 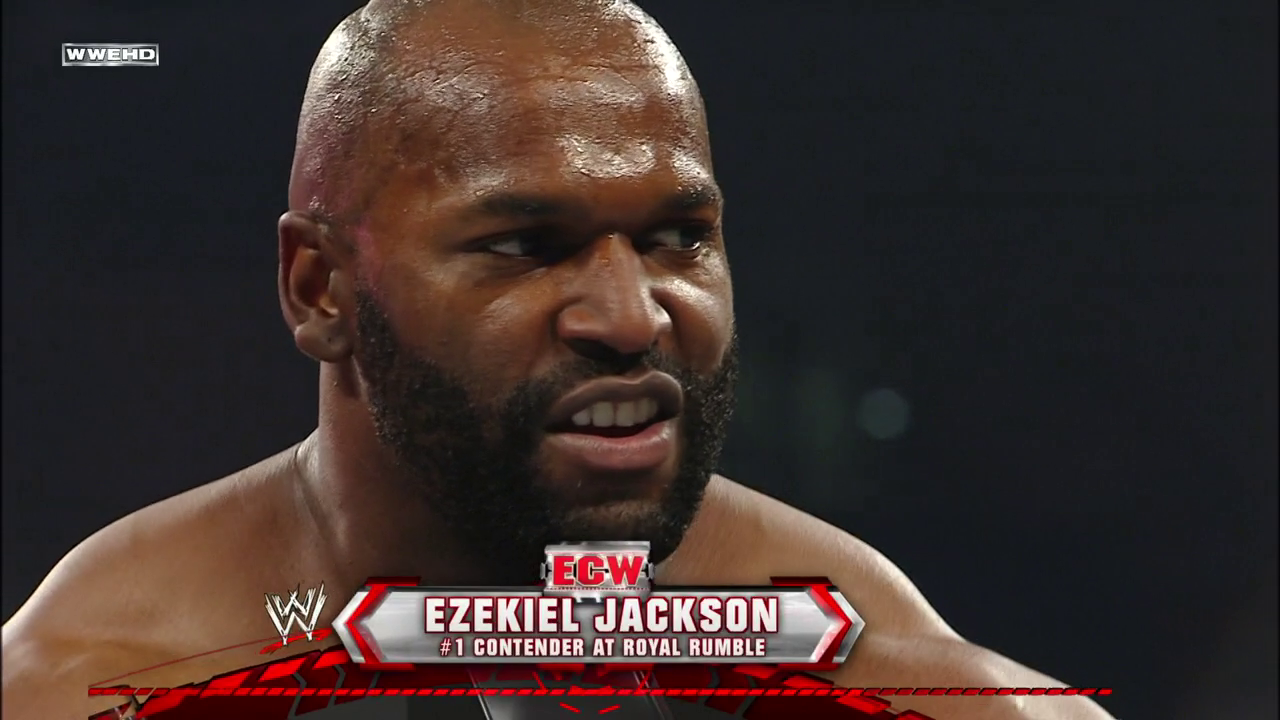 Overall: Zeke winning would have meant more if they hadn’t fucked up the Roundtable split and the rest of the show is kept together with tape and hope. What 2010 ECW lacks in action it makes up for in morbid curiosity and if you don’t believe me, here’s the replay of the punch.