We’re in IZOD Centre in New Jersey and in the spirit of ECW ’98, the champion is here to guest commentate until his contract gets sorted out. Christian is thrilled to sit next to Josh Mathews and Bryant Gumbel (I don’t understand that reference but it’s the only thing of interest he says all night.)

We’ve gone from ECW Homecoming being about Old vs. New to ABANDON SHIP pretty quickly. Both these guys are treated like superstars by the crowd because they’re no longer on this brand. Matt gets pulled off the top rope early on and tweaks his knee so Finlay spends the match treating it like it just called wrestling fake to his face. Matt makes his comeback by ignoring Finlay’s hard work and hitting two Side Effects for a near-fall. Matt then tries a one-legged moonsault but it has the same accuracy as his two-legged ones so he misses but as Finlay’s scooping him up, Matt lands the Twist Of Fate out of nowhere to end this odd match.

Winner: Matt Hardy (Both men treated this like they were forced to come in on their day off, which was probably accurate.)

Backstage Zack Ryder spots Tommy Dreamer chilling out and asks him why he’s still here after losing last week. Dreamer talks about his sacrifice and how he shook Eddy Guerrero’s hand one time and how he kicked out of the Superfly Splash but agrees to leave ECW if Ryder beats him tonight.

Ezekiel Jackson comes to the ring by himself to explain Kozlov was kicked out of the Roundtable because he was a liar and a liability. Kozlov disagrees despite not knowing what either of those words mean and sends Zeke outside. I mean, Kozlov *was* a liar and he lost a lot of matches so we’re supposed to treat him like a good guy because his bad guy comrades realised he couldn’t be trusted?

Christian comforts Dreamer and tells him no matter what happens, he’ll always be the heart and soul of ECW. Dreamer starts telling him about how the feed for Barely Legal lost power twenty seconds after the PPV ended and how even the electricity gave 110% that night and Christian pretends to take a call. 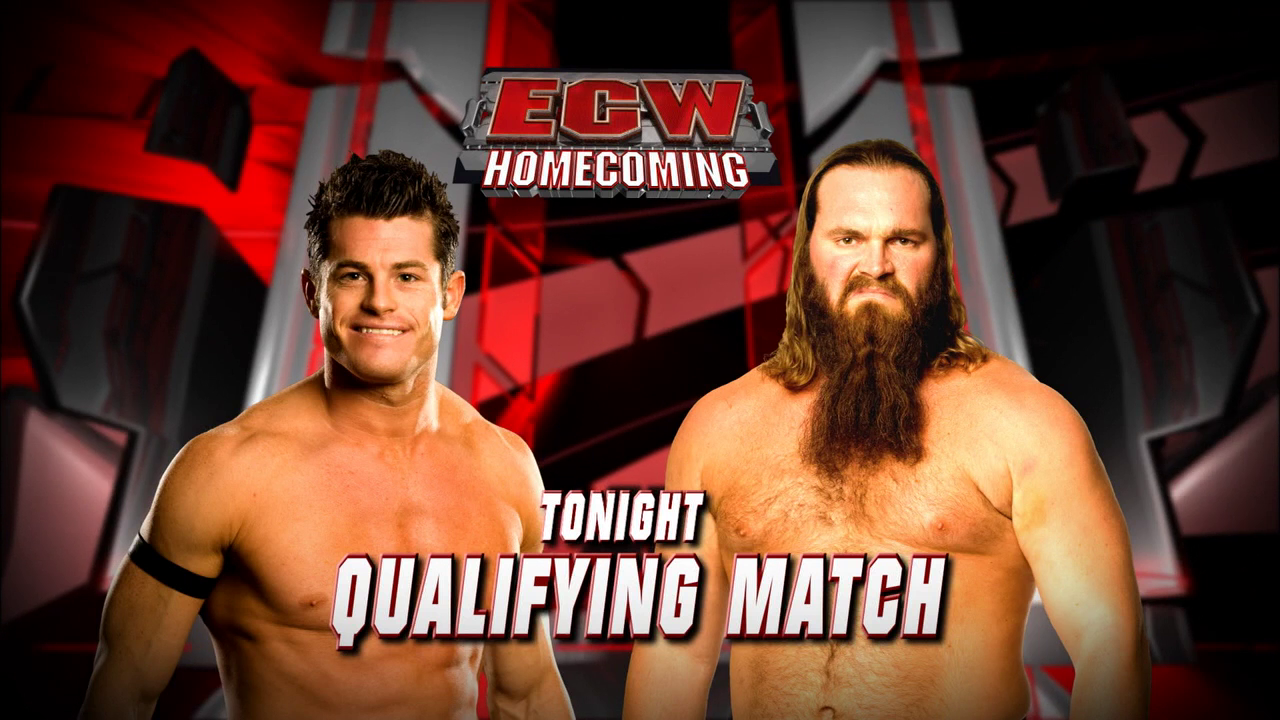 No pop for either man which isn’t fair for Bourne but losing to Legacy every week will do that to your stock value. Knox places Bourne on the top rope because he’s a fucking genius and Evan uses his body-weight to vault Knox outside. Dr. Knox takes time from prescribing himself steroid notes and hiding them in his loft to force Evan into the guard-rail like I forced in that reference to the only noteworthy thing Mike did after WWE. Bourne gets crushed for a while and we get the return of the Big Beefy Crossbody from Knox.

I missed that. Bourne goes up top, Knox takes him down, Bourne goes back up and finishes with the Shooting Star Press.

Winner: Evan Bourne (Bourne bumping around like a hockey puck for this dying brand was appreciated.)

RAW REBOUND: John Cena isn’t happy with losing to Sheamus in what he calls “the most embarrassing moment of this career.” I love shoot comments that aren’t supposed to be shoot comments. They keep Sheamus’ momentum going by having Cena beat him up the whole match but only win via DQ as Sheamus grabbed the ref while in the Attitude Adjustment position because everyone who feuded with Cena during this time had to look like a eunuch.

We’ve got fifteen minutes of show left which gives us ten minutes for wrestling with five left over for a big Tommy cry & a quick story about the time Lawler broke his balls. Dreamer armdrags Ryder and delivers some funky slams as the crowd wait for smartphones to be invented. Cannonball off the apron gets ignored by Ryder who uses Rosa Mendes as a distraction to twat Tommy. Ryder locks in an armbar as this week’s crowd gives us their cover version of Complete Boredom. Dreamer gets crotched on the top rope and not even CBT gets a pop as Dreamer regrets not following through with Operation Wrestlemania X-7. Ryder goes for the Rough Ryder but Dreamer rolls through into a near-fall. Ryder continues the Malenko/Guerrero pin sequence (because Dreamer met them both once at the ECW Arena in 1995) before Ryder gets the Rough Ryder for a very close two. An annoyed Ryder goes up top but Tommy crotches him into the ultra-dramatic Tree Of Woe and the crowd’s like “ok fine we’ll react but we’re not standing up” which sets up the DDT for the 1-2-3 and…wait, Ryder’s foot was under the rope so the ref waves it off.

Crowd boos as it means Smackdown is delayed for another few minutes. Dreamer goes for a quick pin with Ryder turning it around into a pin attempt for a very close two. Dreamer sets up the top rope back suplex but Zack converts it into a mid-air crossbody to finally end Tommy Dreamer.

Winner: Zack Ryder (Dreamer’s matches are like Cody Rhodes matches, if there’s a loud crowd then they’re a lot of fun but without the reactions then it’s just a bunch of moves made famous by other wrestlers.)

Dreamer gets the mic while the crowd politely clap. Oh wait fuck I googled what happened after this and this was his actual departure from WWE? Well this segment just got more awkward. Tommy talks about when he sat in the back seats of this arena when he was a kid for a live Piper’s Pit and when the guest was announced as being from Yonkers he yelled “I’m from Yonkers!” Crowd is applauding but there’s no WOOOO I’M FROM YONKERS TOO like Dreamer was expecting. He gets a pop for thanking the wrestlers from the original ECW but the crowd isn’t even invested in chanting those initials. Well there’s a metaphor for the brand. Anyway his daughters go to kindergarten and when they’re asked “who is your daddy and what does he do?” they answer “he falls down a lot…but always gets back up” which is sweet and hey there they are with Beulah McGillicutty! 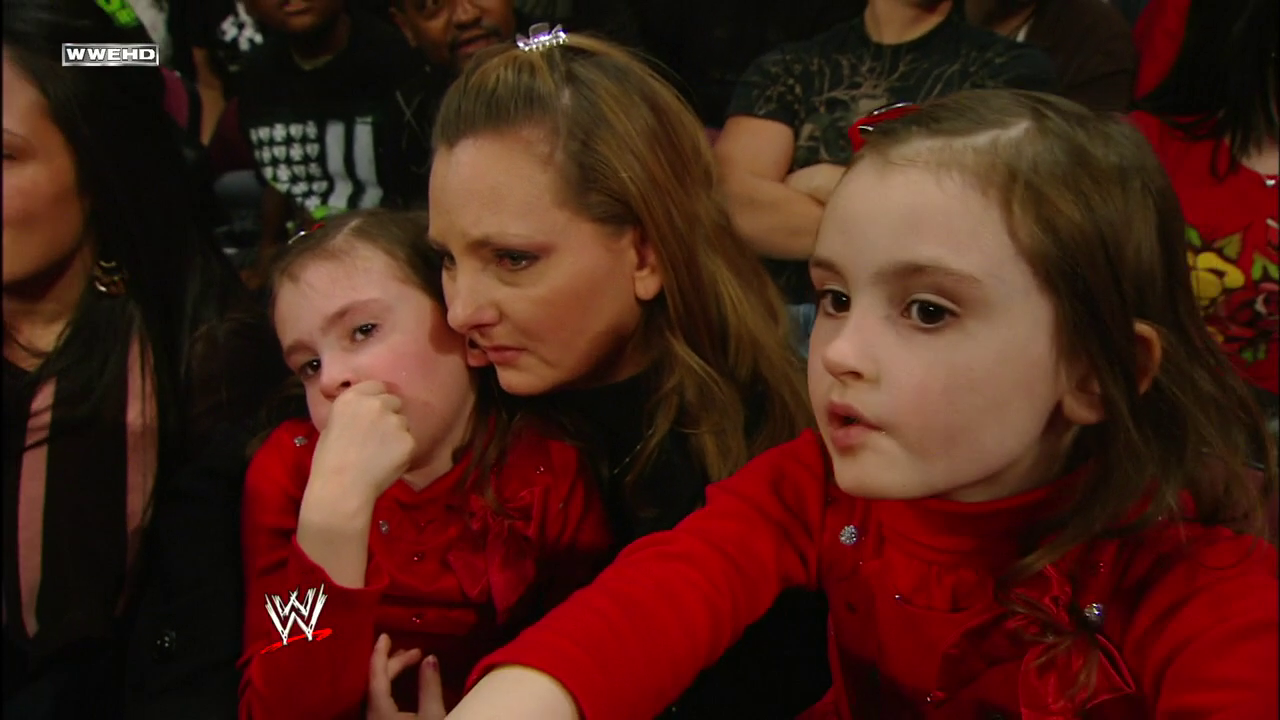 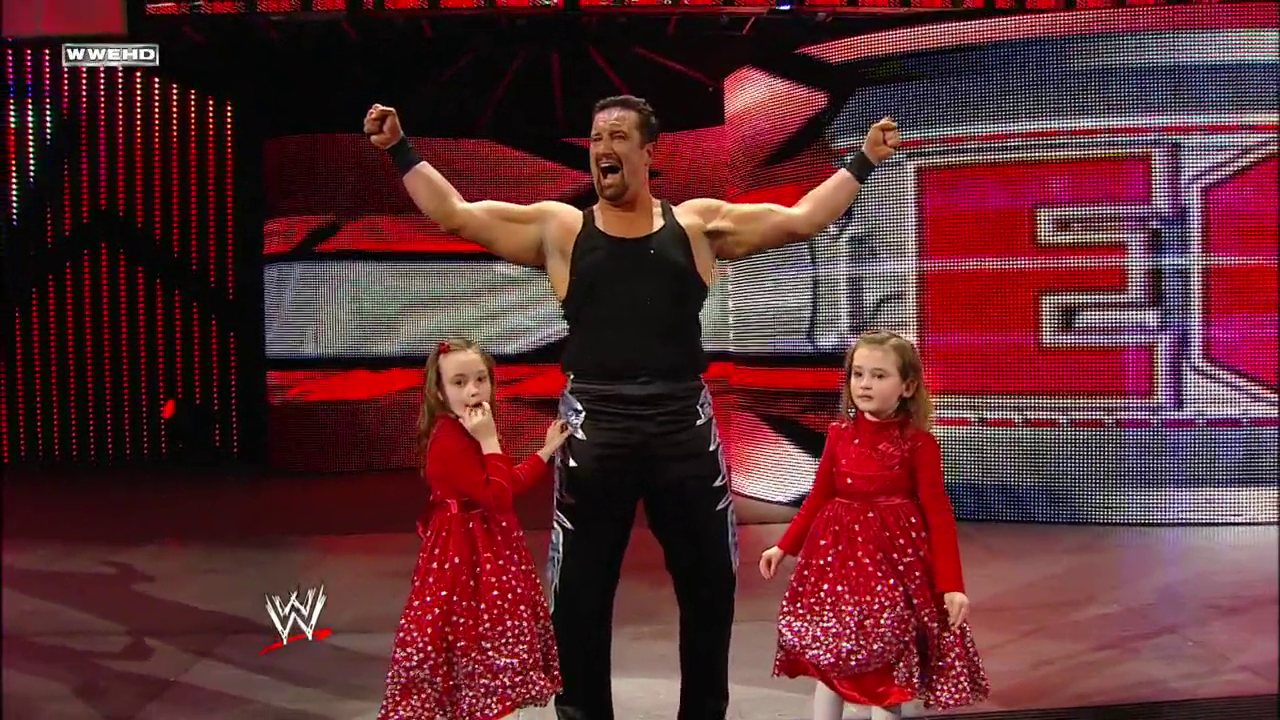 So according to news reports at the time, Dixie Carter had visited several WWE guys at a bar in Orlando a few weeks ago and then coincidentally Dreamer requested his release (which he’d receive on Jan 4th 2010) for a big push in TNA.

He’d be the last ECW original wrestler to leave WWE and his leaving meant something to many, but watching these episodes back it’s clear the crowds in 2009 were far more interested in the Christians & Regals than anything from that Bingo hall thing from fifteen years ago. Good for Dreamer for being with WWE for eight years but it’s also good he realised his (and the brand’s) time was up.

Overall: A mix of bad sad and good sad with the only fun coming from propping up the corpse of ECW and seeing which body parts have yet to fall off.

I’ve been Maffew and will continue to be for seven more cheery episodes.