Moved this to Monday as a Saturday PPV means “no-one’s reading this shit.” We start with The Abraham Washington show which I believe they call a very cold open.

His guest is Sheamus but he’s very pale so Abraham puts on some shades. “Sheamus, how long have you been white?”

Sheamus recaps the Shelton Benjamin feud and explains why they have issues, which Tony steam-rolls over by chortling and yelling “HE LOOKS LIKE THE LUCKY CHARMS LEPRECHAUN.”

Shelton shows up and reminds everyone we’re not in Ireland, we’re in America. Sheamus tells him “where you come from, people believe in stealing and taking the easy way out” which I guess was supposed to mean “American” but the crowd’s “ooooo” meant we all took it a different way. Shelton responds to this harsh bit of a stereotyping by calling him “Braveheart” and busts out the always-funny Fun With Photoshop. 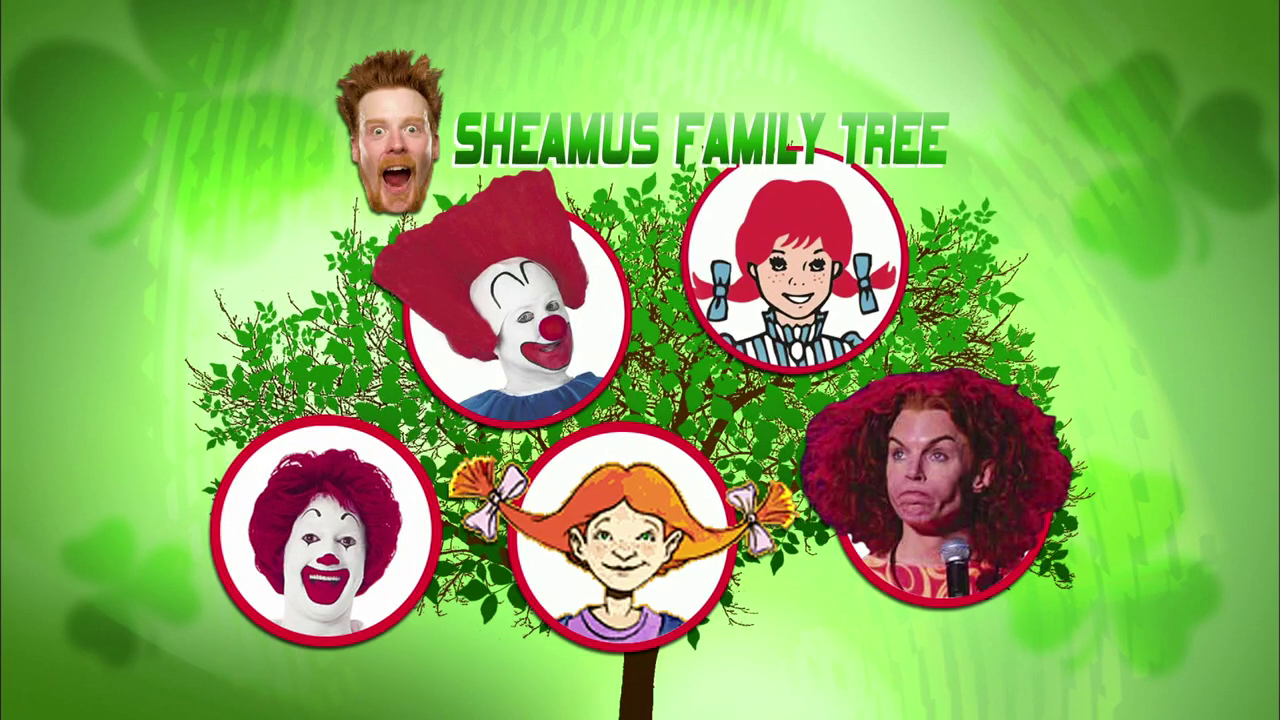 I swear everyone’s reading from different scripts. Shelton ends with the semi-infamous “you mess with me, you’d better bring a lunch” which generated a lot of ironic laughter back in 2009, like the rest of this bit. This segment was such a car crash that even David Cronenberg wouldn’t fuck it. 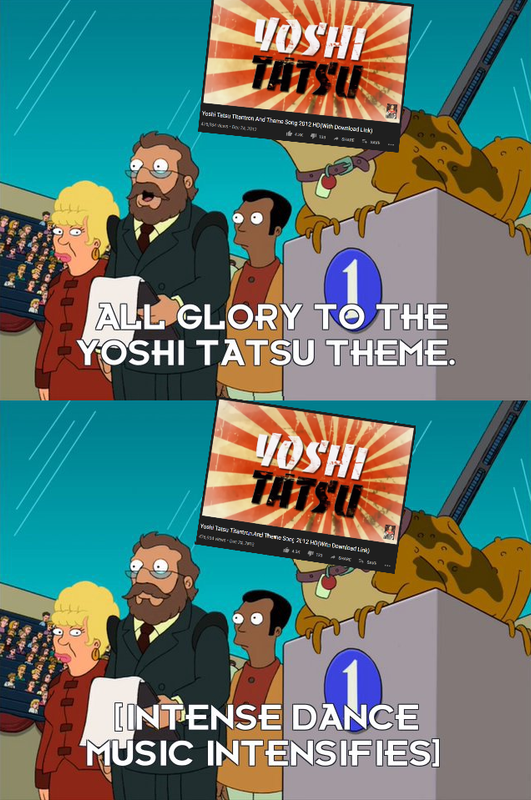 Yoshi shows off his speed and kicks to fend off the pervy pirate but Katie Lea distracts so Paul is able to land a Fisherman’s Buster off the second rope. Paul was doing a good job around this time of mixing up his move-set so people would remember he was actually decent, like last week’s Pele kick on the outside. Paul slows down the match with varying submission moves like Regal so I’m glad someone’s been watching this show. Yoshi escapes by trying the Bret Hart vs. Roddy Piper kick off the turnbuckles and keeps Paul away with strikes before landing a spinning wheel kick off the top for a close two. Paul manages a top-rope knee drop (complete with crazy “under the wrestler” camera shot) but Yoshi nails a high kick to end it.

Winner: Yoshi Tatsu (Apart from the bit at the end where Yoshi was blatantly supposed to move out the way of the Knee Drop, this was a fun match where Paul apparently read the criticisms of him in 2019 and changing his offence around to make him a lot more interesting to watch.)

Backstage, Gregory Helms tries to interview Katie Lea but Paul is still mad about the loss to Yoshi so he pounds him and promises more next week. Oh goodie.

So were these fuckers ever officially called the Ruthless Roundtable? It’s been weeks now and only Striker is using that term. Dustin Starr is a local lad who seems to be done with wrestling but Brandon is still kicking around Oklahoma so if you see him, ask about this match and see his little face light up. Nothing much to type here, just the two lads from that Gym keyboard meme beating up two twunks with replays endorsed by Teenage Mutant Ninja Turtles: Smash-Up. Eventually it’s over and Regal gets a few licks in because he’s Regal.

Backstage, Regal tells Goldust they have a match on Superstars this week (truly the NXT UK of 2009) and calls him a bad joke. I’m still not watching it.

Smackdown Rebound: So The Undertaker beat CM Punk at Breaking Point with The Hell’s Gate but Teddy Long reminded us that the move is illegal and re-started the match with a referee that claimed Undi submitted when he didn’t. Teddy apologised on Smackdown for doing what he did and hoped Undi would forgive him. The fuck finishes were almost worth it for this inspired bit of camp:

“We’ll find out what happened to Teddy Long this upcoming Smackdown” dead-pans Josh. See which pieces of Teddy Long float, this Friday! 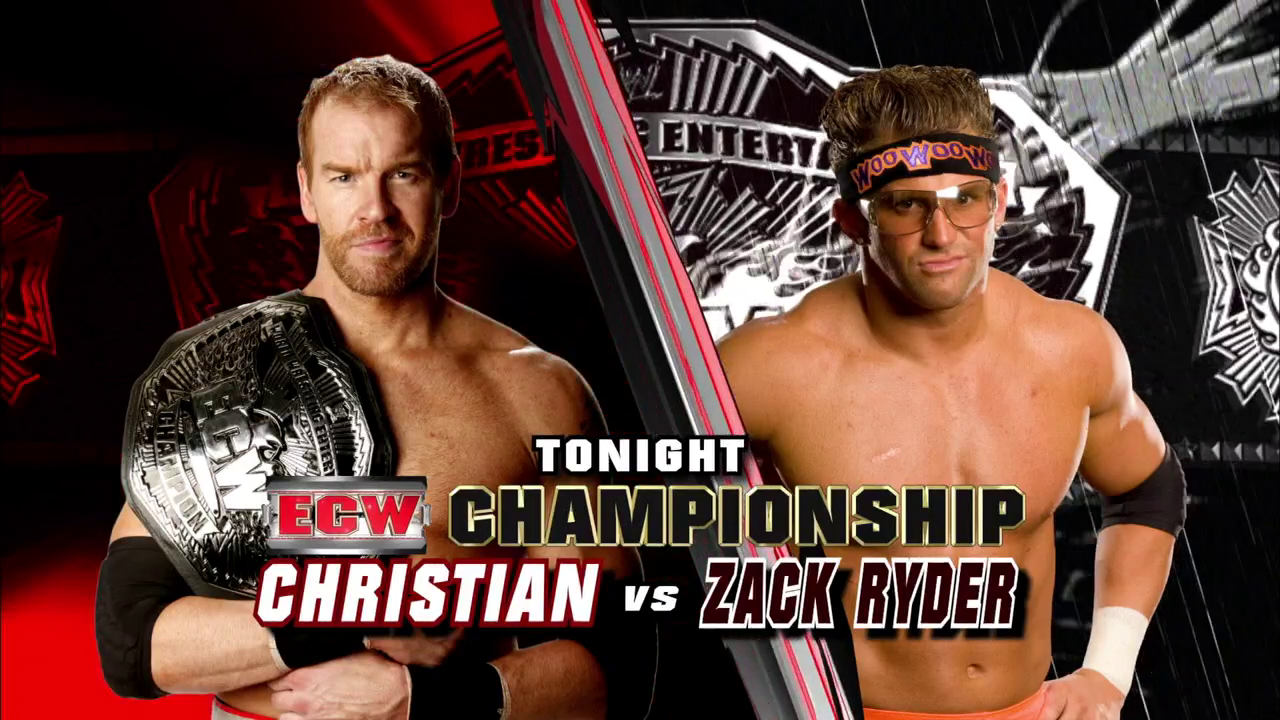 So Zack won a battle royal and got a title shot. I hope Raw doesn’t steal that idea, imagine how crazy that would be? They try for the big match feel with the in-ring introductions but judging by the crowd, only the wrestlers are believing it. Christian slaps Ryder HARD to wake the fans up and Christian lands a Frankensteiner to send him out the ring and follows with the old faithful crossbody off the top. “It’s important to remember that no singles title has ever changed hands in this arena” Striker, only you cared about which arenas did what. Ryder yanks Christian off the top rope which seems to be the only way anyone gets any advantage over him nowadays and we go to break.

We get no update on the still-dead Teddy but no time for that, Christian gets two off the springboard sunset flip but Ryder pushes him off the apron and onto the ring steps. If Christian was a video game boss, he would only be vulnerable when on something high. Ryder takes his time beating up Christian and shows us his move-set could do with filling up as he focuses on knee strikes. Christian escapes a body scissors and counters the flying nothing with a flapjack. Christian is all offence now and counters the Rough Ryder with a Flashpoint for two. Missile dropkick connects but Ryder is able to launch Christian into the turnbuckle, which Christian counters into the springboard sunset flip which Ryder counters into the Summerslam 1992 roll-up for a very close two. Christian gets another Missile Dropkick for two and the crowd are clapping loud now. Christian misses a top rope crossbody and Ryder gets the Rough Ryder…for two. Ryder evades the Killswitch and very nearly wins with the Dirty Pin but Christian gets a quick flying elbow and finishes with the Killswitch.

Winner and still ECW Champion: Christian (By the standards of ECW on Syfy matches this was high, even with no-one believing Ryder was winning. It shows the difference between Matt Hardy and Christian as the show’s ace: Christian relied on building excitement with his move-set but Hardy could make you think Mike Knox was about to win the title with just a facial expression and a well-timed punch. Still, I’m not going to complain about a good match with a new guy getting a push.)

Post-match Regal shows up to press Christian’s buttons but he sends him running while yelling “why are you here, you had your shot??”

Overall: Two fun matches and a complete train-wreck make this an easy recommend, for those keeping ECW on Syfy binders at home. Seriously, Abraham Washington is a must-watch with your hands over your eyes while repeating “is this a thing that happened?”

I’ve been Maffew, go watch Botchamania 398 if you like video game music and fucking up.