We’re five days away from Night Of Champions but never mind that, Yoshi’s opening the show so here’s the obligatory:

Regal lets us know before the match that he despises all foreigners. We’re in Richmond, VA so it takes a few seconds for them to realise OH HE THINKS WE’RE FOREIGNERS and start booing. Regal’s shit-eating grin as they slowly realise makes it all worthwhile. 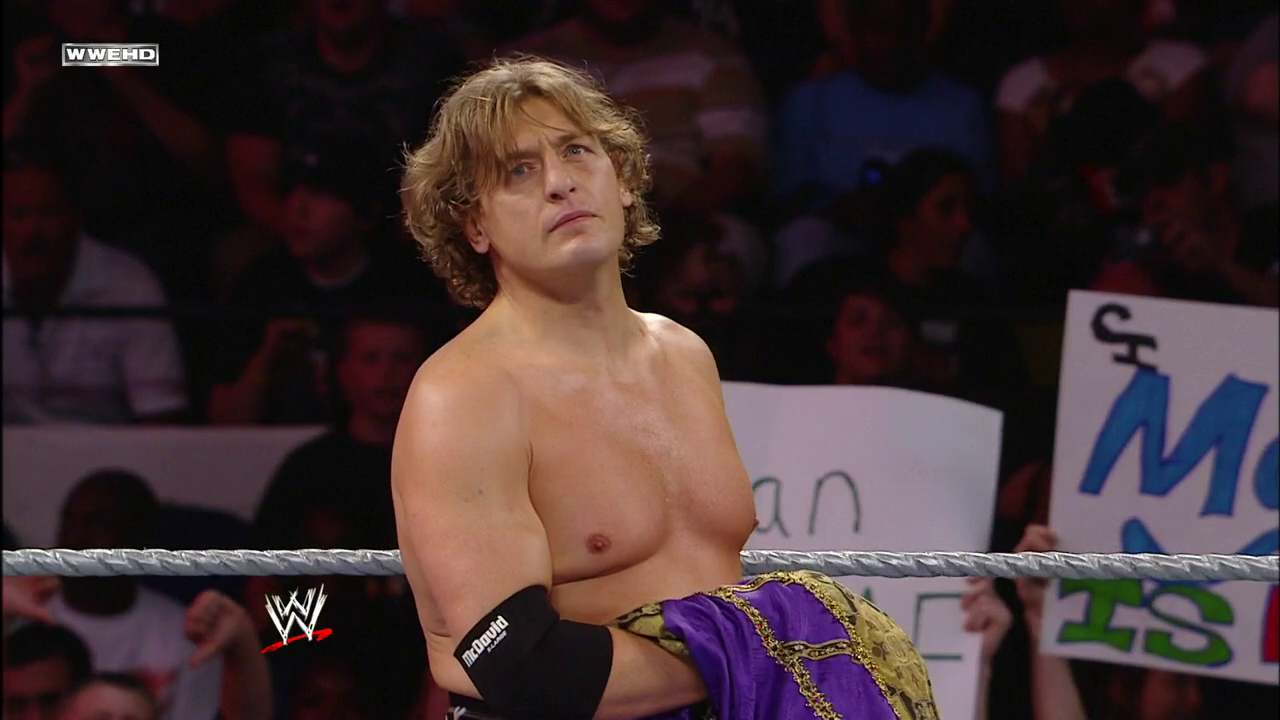 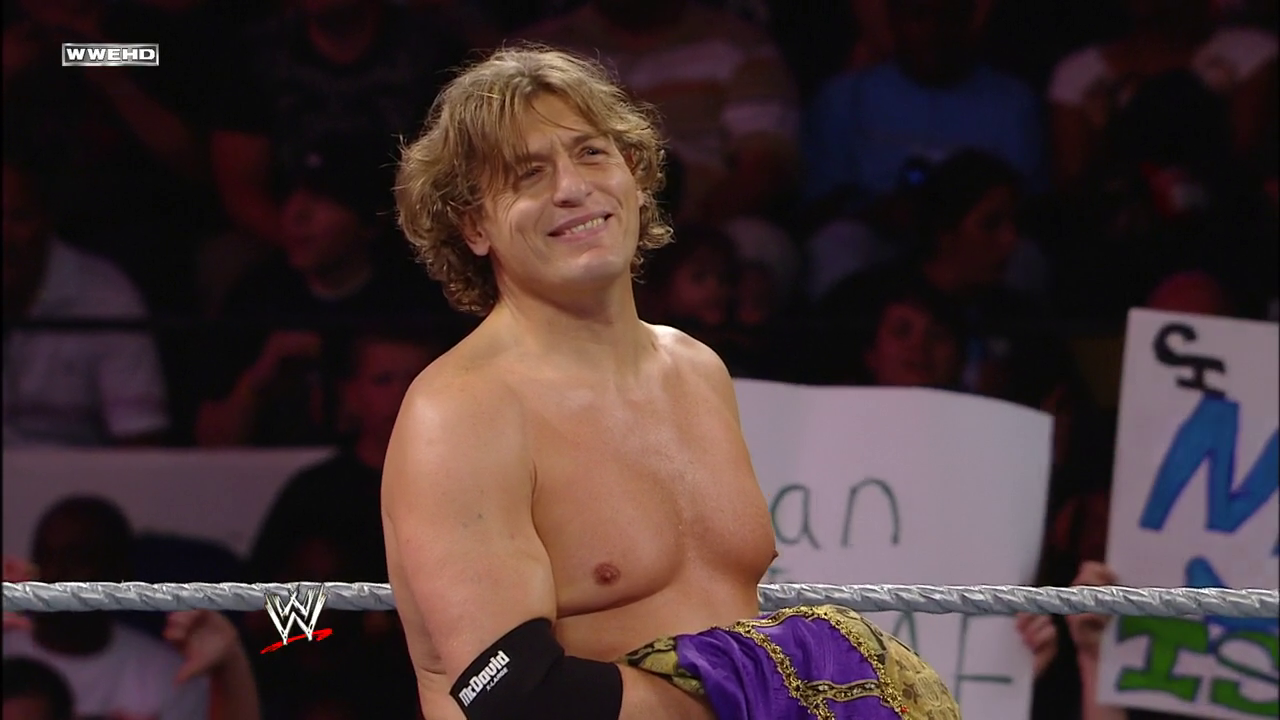 Regal gets nowhere with holds so he takes to striking. Exploder suplex gets two and Regal tries THREE different versions of a pin on him to wear him out before applying a Japanese Catch Hold and using Yoshi to try out different ways of applying it. You can tell Regal has been drinking the good tea. Beautiful delayed Butterfly Suplex gets repeated near-falls as again Regal attempts to smother Yoshi and the crowd is pro-Yoshi because they’re so anti-Regal. Yoshi gets a wild kick as Striker dubs him “Piston Honda” because his references are as ill-fitting as that one sign guy. They go chop-for-chop until Yoshi gets dumped on the top rope but kicks Regal out of nowhere to end it.

Winner: Yoshi Tatsu (Give a broomstick five minutes with Regal and the crowd will be naming their kids Broomstick 1 & Broomstick 2.)

Mike Williams is a local guy who wrestles for the brilliantly-named Bruiser Wrestling Federation. Anyway, two clotheslines and a uranage and that’s it.

BUT WAIT Kozlov charges to the ring and we get a giant “U-S-A” chant which I’m sure Guyana-born Zeke loved. After a stare-down, Kozlov scoops up the jobber and delivers an Iron Curtain before marching to the back. HURRY UP AND TEAM UP.

And now we get a beautiful screenshot of 2009: A segment called ASK THE DIVAS. 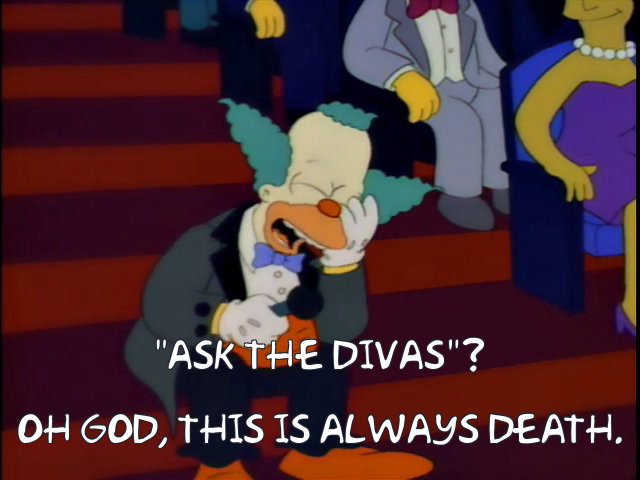 The first question is “what do you look for in a guy?” with Maria saying it isn’t necessarily about looks (which explains a lot). With the green screen and pop punk, this was an animated dog away from being a between-shows Nickelodeon segment.

Goldust vs. The Gold Standard. Starts off competitive so Shelton ends up on top because he’s under forty. Shelton locks in a kneeling neck vice and the crowd couldn’t give a fuck. After some awkward silence, Goldust retaliates with the quick powerslam and a C’MON BABY LET’S GO to try to get the crowd into it. Shelton lets him hit some 80s offence before a badly mis-timed slap counter gets two. It’s a good job the crowd didn’t care about the match or that may have annoyed them. After a vaulting neck-snap over the ropes, the Paydirt ends the pain.

Winner: Shelton Benjamin (First time in a long time I’ve seen Goldust get no love from the crowd and his performance matched the silence. Horrible match but at least they’ve decided they’re pushing Shelton to the moon. Well it’s ECW so maybe they’ll push him to a lighthouse or a traffic light.)

Gregory Helms tries to interview Paul Burchill but Goldust keeps interrupting with his noises. Burchill complains (“I’m sorry, a few years ago I was electrocuted”) but nothing happens as he’s focusing on his opponent tonight. 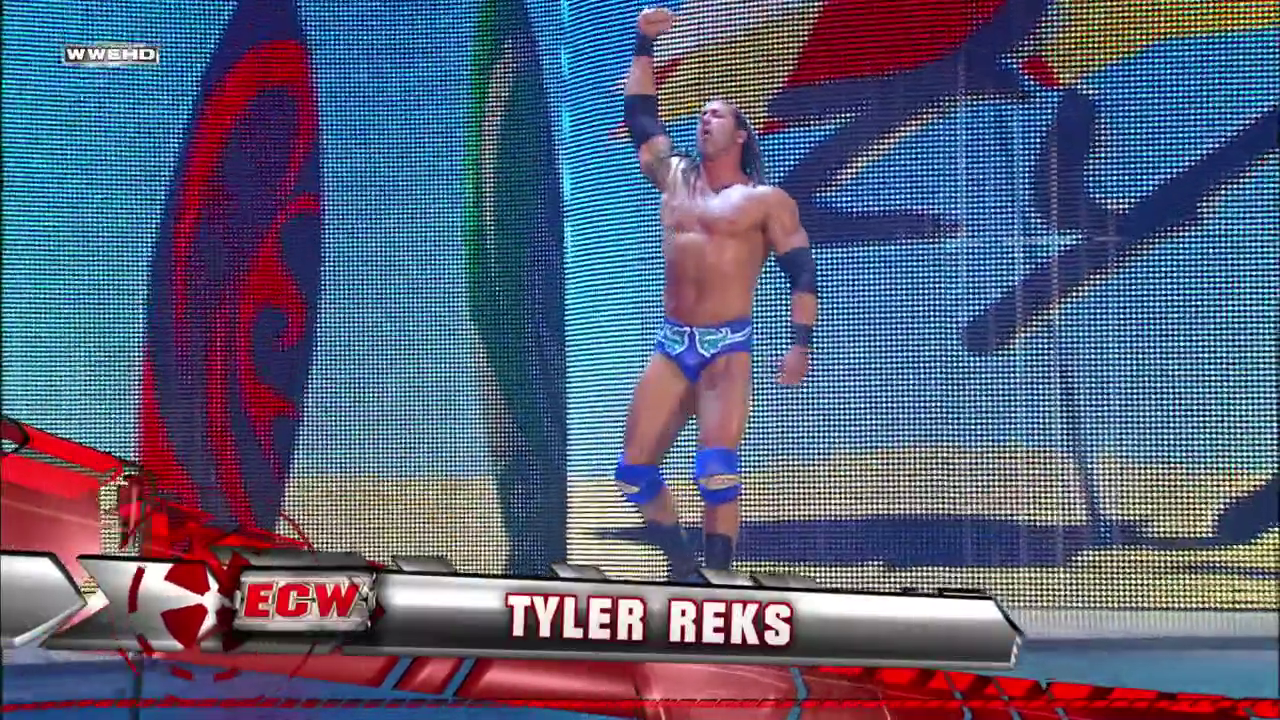 I remember nothing about Reks’ ECW run so I’m convinced he’s the alternate outfit for Ricky Ortiz. This is his ECW debut but he showed up on Superstars during the three weeks they pushed it and you know a wrestler means business when he’s debuting on the D-Brand. Burchill beats him up as Striker tries to get over his gimmick of “surfer dude.” A nice springboard bodypress gets two but heeeereeee’s Paul’s chinlock to keep the match colder than the ninth circle of hell. The crowd is so quiet you can literally hear the fan’s individual comments and none of them are positive. Reks’ comeback consists of a sliding punch and a flapjack, followed by a springboard dropkick. Crowd reacts because it’s not a chinlock. After recovering from a Saito Suplex, Reks gets a schoolboy to win in dramatic finish.

Winner: Tyler Reks (Why would you have an up-and-comer debut against Burchill, a man who could put a glass eye to sleep, and then have him win with a schoolboy?)

Post-match Burchill decides to attack Reks and leaves him laying and no wonder I remember none of this, I probably banged my head on a desk in case I got the urge to re-watch it.

This is the main event? They’re tempting fate with this crowd, they’d probably react stronger to a Raw Rebound on the big screen. Or failing that, The Best of R. Budd Dwyer. Christian and Tommy Dreamer emerge from the back so Dreamer can absorb some fat jokes. Then Christian gets some ugly jokes thrown at him for a few minutes until he gets a pop for pointing out Abraham’s show sucks and isn’t funny. WWE loves coming up with gimmicks designed to suck so the good guy can point out the obvious and get a pop. Some more talking as Christian talks about how he’s the technician of the team and Washington asks if he can hook him up with some free cable. This actually gets a laugh from the crowd and Striker. Eventually Christian and Dreamer get annoyed with each other’s insults (“if you lose, you’re not gonna cry again are you?”) and start slapping and end the show with the Soap Opera special: THE DRAMATIC STARE. 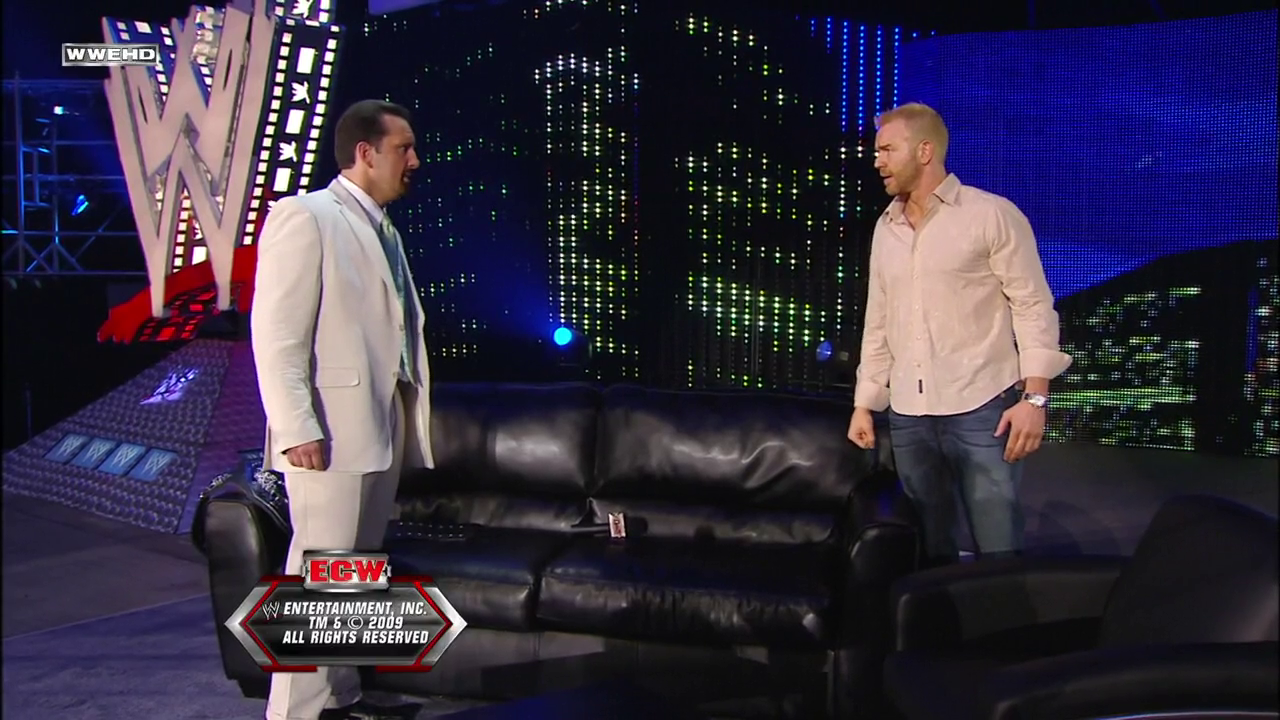 Overall: The good stuff is good but the bad stuff is brutal, not helped by a crowd that only made noise for xenophobia. Watch Regal then move on with your life.

Thanks for reading, I’ve been Maffew who would like to point out at Night Of Champions 2009 we’ll get Cody wrestling Jericho for a title. 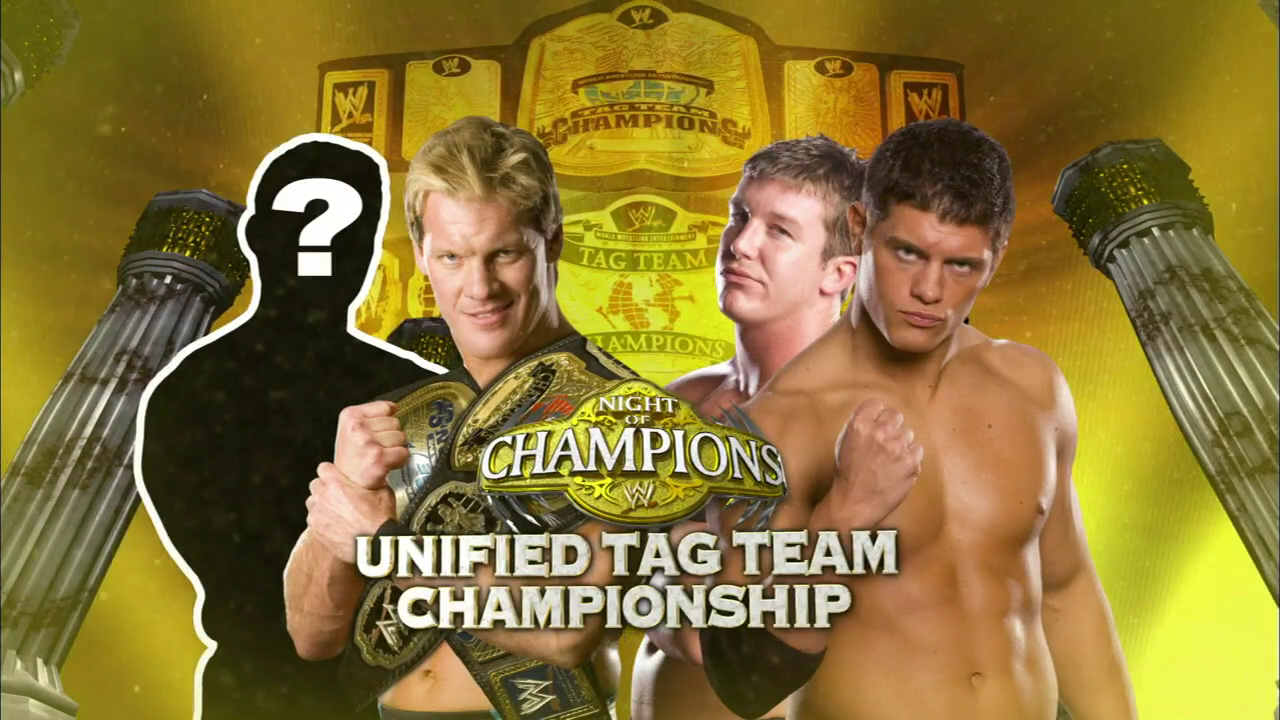