We’re in Biloxi, Mississippi and new champ Tommy Dreamer immediately looks ready to cry. Oh he’s got to talk to Tiffany, I understand. Dreamer gives a trembling thank you to the crowd as he signs a brand new contract but Christian interrupts. He brings a box of tissues for Dreamer (he doesn’t need them he’s got Beulah) and has a message for Swagger for losing Christian’s title: “thanks, you dork.” Swagger shows up to let us know the production team aren’t happy Tommy won as they have to keep on broadcasting Dreamer’s HD ass every week. It is not a good week for dialogue. Eventually Christian and Dreamer double-team Swagger out the ring but as Tommy poses, Christian puts him through the contract table as a “fuck you, dork.” for last week. 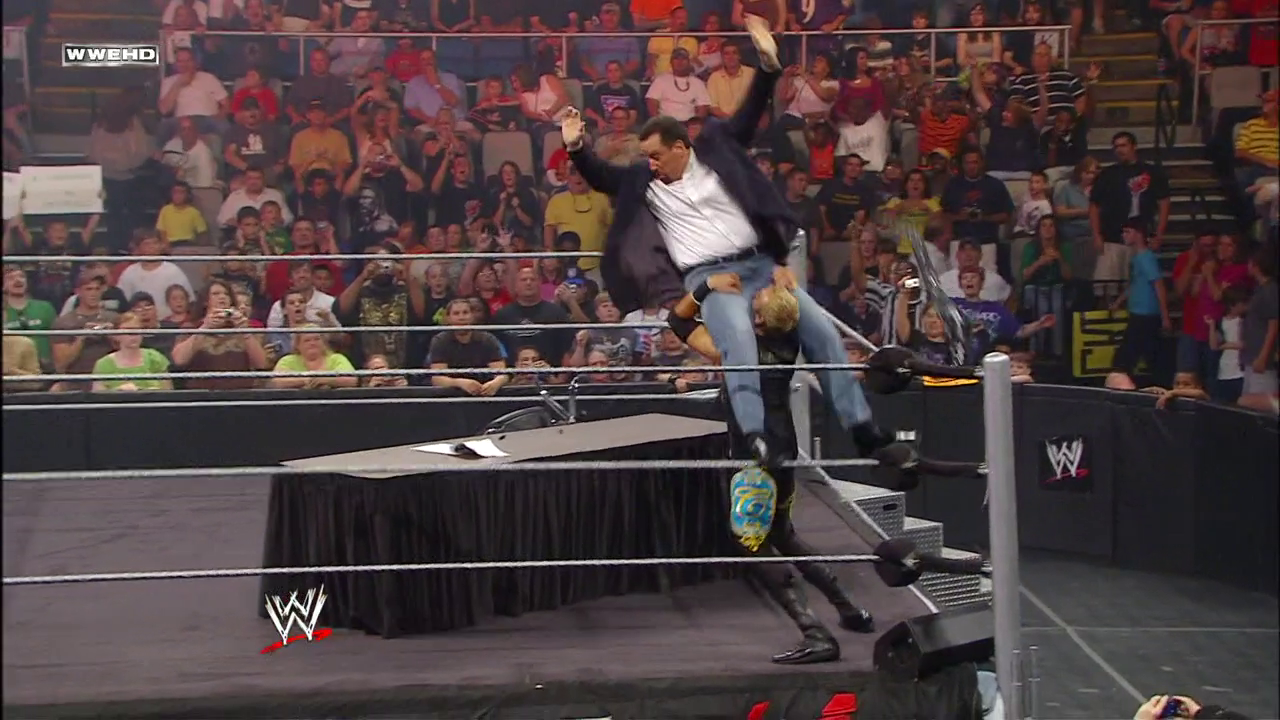 Tiffany let’s Christian know that he just injured his own tag partner so he’s going to have to tag with Swagger against The Hart Dynasty.

Bourne has two wins over Henry (Count-out and DQ) and Atlas was responsible for the last one so he’s out here in full red, white and blue, presumably because he was Puerto Rico when Brody died. Bourne flies around like he’s HBK fighting Hogan as he was the last guy Atlas wrestled that mattered. Bourne hits a few high flying moves and then ends with the Shooting Star Press.

Winner: Evan Bourne (Bourne selling so well for a relic was weird but I guess he had to do something against a man who was probably wearing shoes older than Evan.) 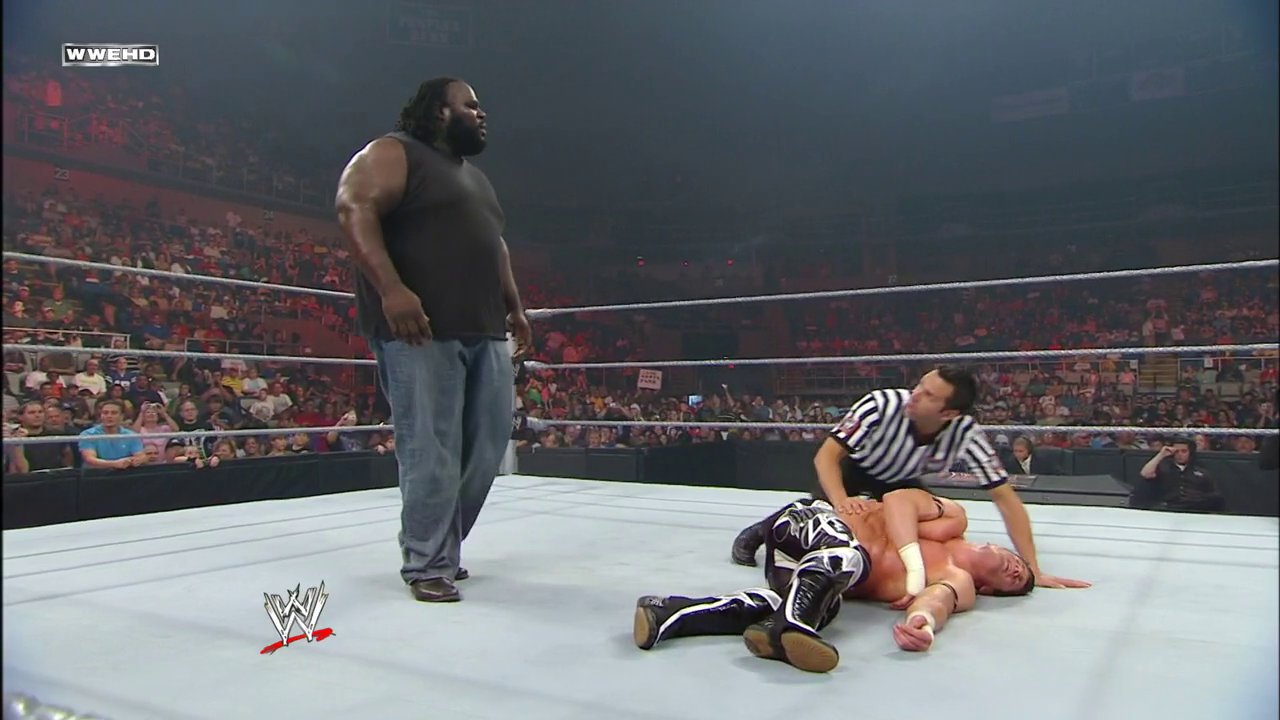 Afterwards Mark Henry (wearing normal clothes for once and looking like 1999) delivers a World’s Strongest Slam and leaves without checking up on Tony. 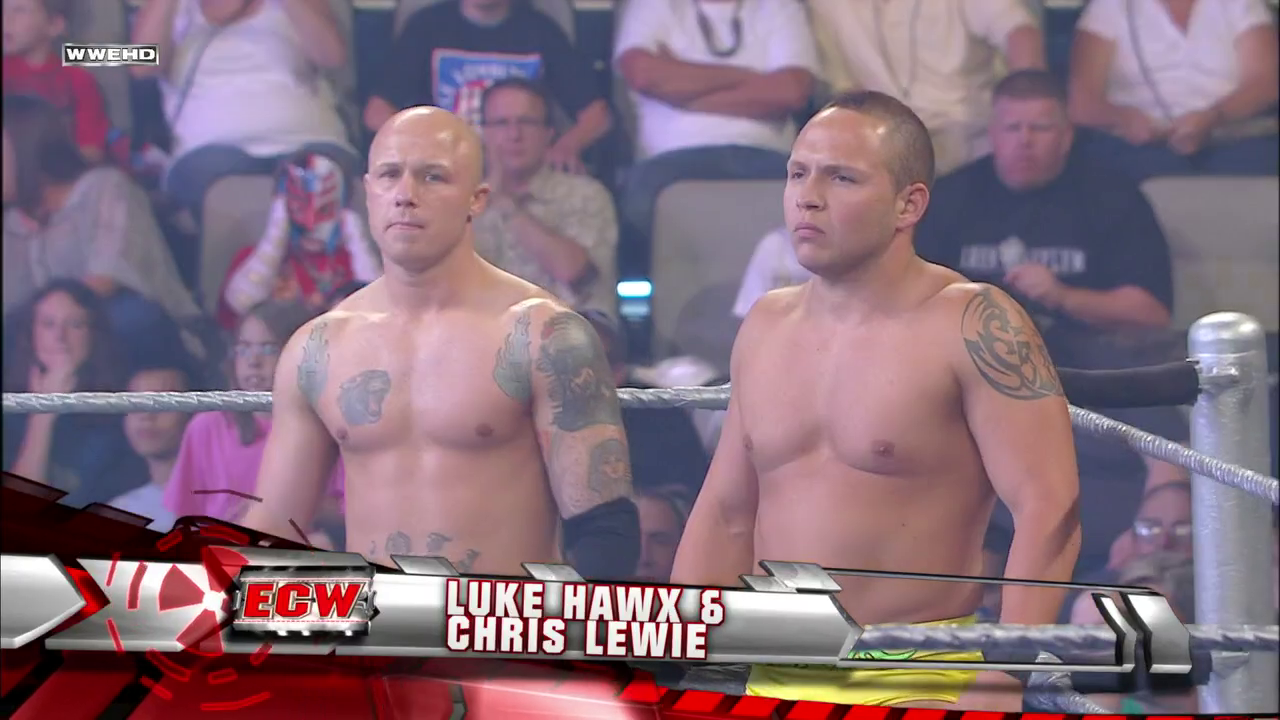 Hawx is most known for his appearances in Extreme Rising and GFW but he’ll always be XPW’s Altar Boy Luke to me. Kris Lewie is only known for having a Gut Check match for Impact in 2012 where he looked untrained (despite doing it for at least six years) and disappeared from wrestling afterwards.

Christian & Swagger begrudgingly agree to get along like Skeletor & Hordak in The Secret of The Sword.

RAW REBOUND: Legacy aren’t happy Batista beat Orton for the WWE Title at Extreme Rules so they break his arm with a chair (because Batista was legit-injured but they didn’t want him not-winning on the PPV because he would have looked weak or something). This causes HHH to return and destroy Orton as the video literally shakes from the pumping nu-metal. 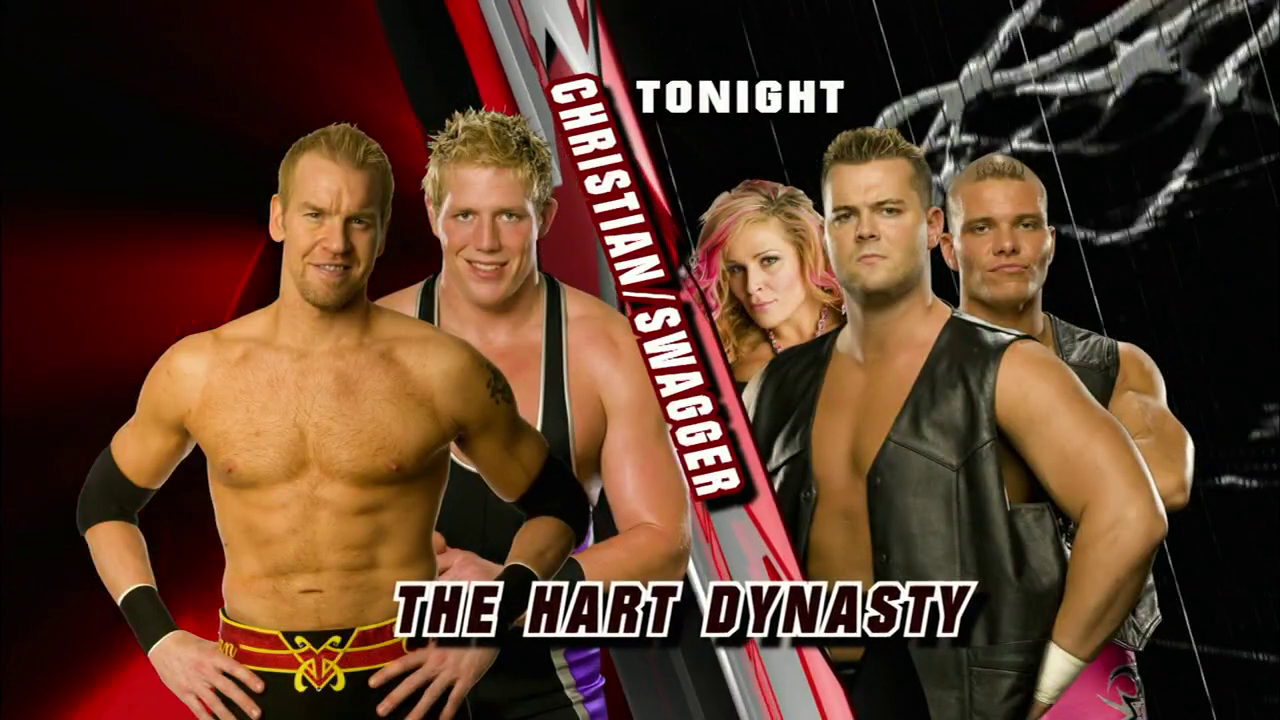 You know the show’s gone short when we get a Raw Rebound followed by Nattie mic-time. She doesn’t mention any famous relatives for a change and sounds lost so no wonder she’s still using that tactic. Some wrestling starts off the match but the emphasis is on Christian and Swagger not getting along and the ref has to start accepting slaps as legal tags. Swagger gets fed up (of existing) and pushes Christian into a Kidd dropkick so he can get worked over. Kidd again shows signs of getting really good as he blocks Christian’s rope-assisted back kick with ease. He misses a moonsault letting Christian go to Swagger and…slap him off the apron rather than tag. Christian then recovers enough to work over DH Smith and land a Tornado DDT for two. He misses a top rope splash but recovers AGAIN to counter everything Kidd lobs at him. Nattie distracts the ref so Jack can dunk his own partner on the ropes (which er isn’t an illegal move) thus leaving Christian open for a Hart Attack.

Winner: The Hart Legacy (You know what they were going for but it wasn’t well done, with Swagger eventually trying to help Christian because he was getting beat up and Christian being a dick and making his own comeback several times against a stable that’s going to be the future of WWE. In theory.)

Dreamer saves Christian with a singapore cane and a casual shirt and that’s your lot.