Christian joins us on the mic, comparing Jack Swagger to an actor who had a show that ended years ago but still walks around Hollywood like he’s a star. After getting dunked off the apron last week, Christian wants to end Swagger’s fifteen minutes of fame but Jack responds with a challenge at Extreme Rules. “Oh, and what’s the wacky extreme stipulation gonna be? A “Christian already beat this dork twice” match?” Acting GM Tiffany announces the match at Extreme Rules will be Christian vs. Jack Swagger vs. Tommy Dreamer, which brings out Dreamer who dances as Swagger argues with Tiff.

Big Tiffer announces Dreamer has signed an extension that will only count if he wins the title at the PPV and Tommy drops both of them and ends the fun segment with the AHHHH JESUS. 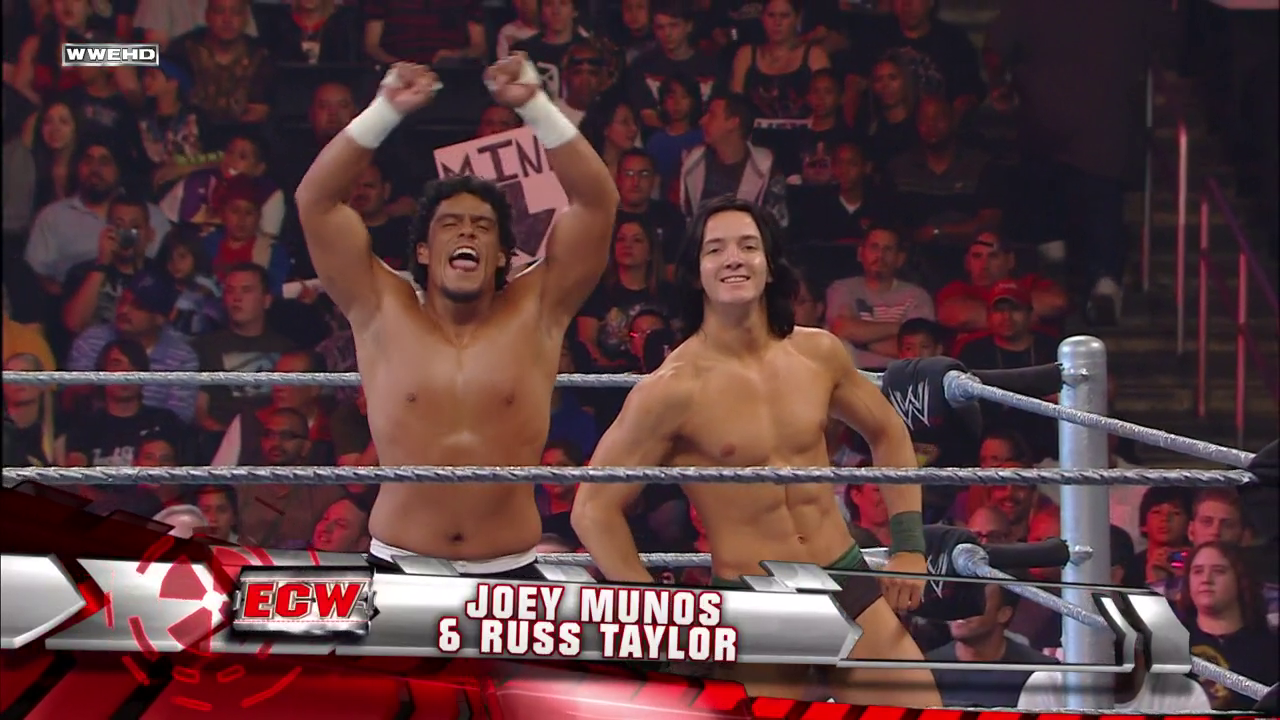 Munos is former XPW great Kid Kaos who was nice enough to be interviewed about his time in CZW. Russ Taylor would go on to have a decent run in PWG before they stopped using local talent and switched to the All-Star format. It’s another Kozlov squash but if you want something Russian and fun here’s the Red Alert 3 speedrun from Summer Games Done Quick.

Dreamer and Christian shout at each other backstage and come to blows before Finlay breaks it up.

They do the tale-of-the-tape for this so in case this is your first time seeing either guy, Bourne is the little flipper and Henry is the big frigger. Bourne hit-and-moves but isn’t quick enough to avoid the running wall. Henry slowly pounds away on Bourne as Striker brings up Christopher Wallace. After several minutes of stretches, Bourne tries to pin Henry “like a lizard on a hot rock” but Henry kicks out and leaves the ring to avoid a top-rope move. Bourne tries a moonsault which Henry counters but Bourne goes to the top again and collides with a fucking Meteora to the outside.

Bourne uses Henry’s body to get back into the ring but Henry gets counted out.

Winner: Evan Bourne (I’m not going to argue with a finish like that.) 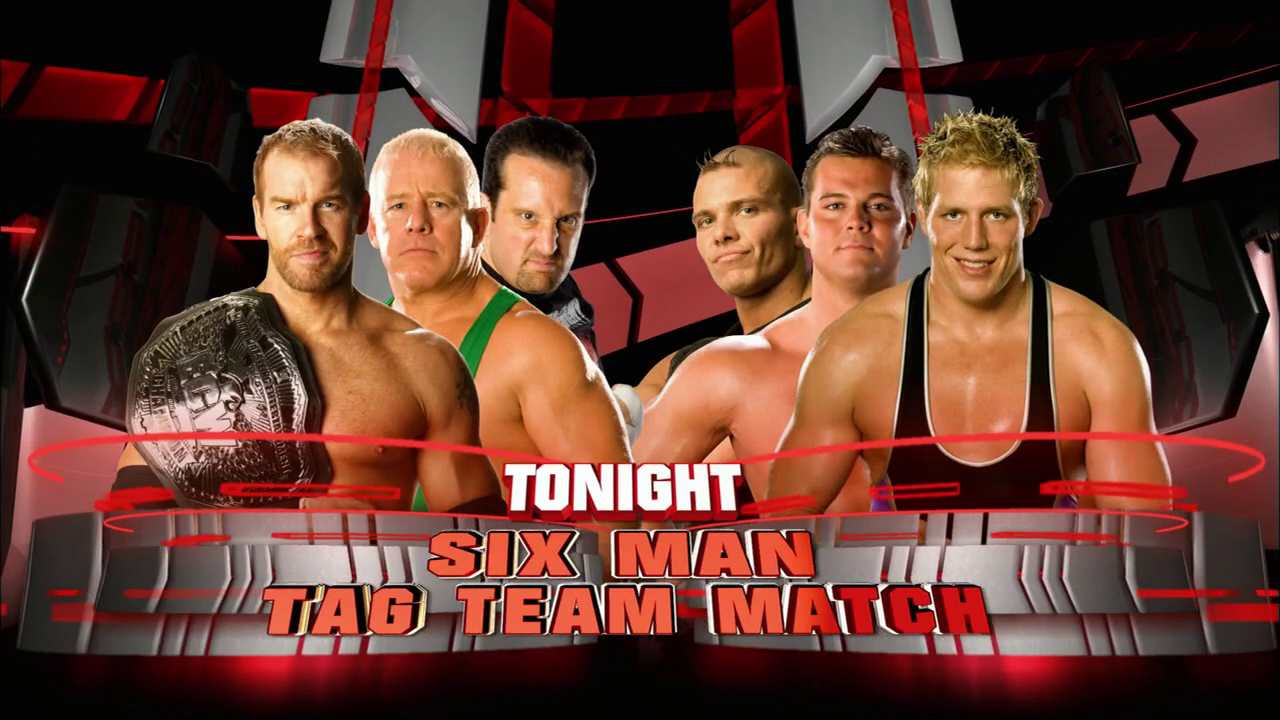 Ok Finlay’s out as he apparently got injured separating Christian & Dreamer backstage so it’s 2-on-3. And the team of Nattie, Kidd & Smith is officially The Hart Dynasty after they toyed with the idea of The Hart Trilogy last week. Nattie does what she is still paid to do today, which is talk about the other family members. DHS dominates Christian to start with basic wrestling done well. Swagger tags in when he’s down to roll around with Christian. Dreamer tags in and The Goodies deal with Swagger for a bit before angry stares are exchanged. Swagger counters a Tornado DDT by launching Christian off the second rope as we go to break.

When we return we get…nearly the exact same spot with an angry Christian landing a Reverse Tornado DDT. Not sure what that was about. Dreamer makes the hot tag as Striker puts over the Triple Threat being Extreme Rules even though technically all Triple Threat matches are No DQ, just saying. Dreamer gets a healthy pop for the E-wheeze-C-gasping-C-ohgod tree of woe so thankfully the crowd has remembered they love him. Kidd tags in to show off his rest holds but the crowd stops loving Dreamer so Kidd gives up on that and tags in DHS for some Big Basic Moves to crickets. Like last week’s DHS vs. Finlay match, this feels artificially lengthened and should have ended ages ago. Like Hateful Eight. Christian finally makes the cold tag and the crowd starts popping for the rope-assisted kick and missile dropkick on Kidd. And then after all that, Swagger tags in and delivers The Doctor Bomb to pin Christian. Huh.

Winners: The Jack Of Harts (Way too damn long for such an anti-climatic finish. Fans like Dreamer and Christian but don’t like them wrestling dull twenty minute matches.)

Post-match Dreamer attacks Swagger so The Hart Legacy lay him out with The Hart Attack to end the show laughing and twirling their moustaches. 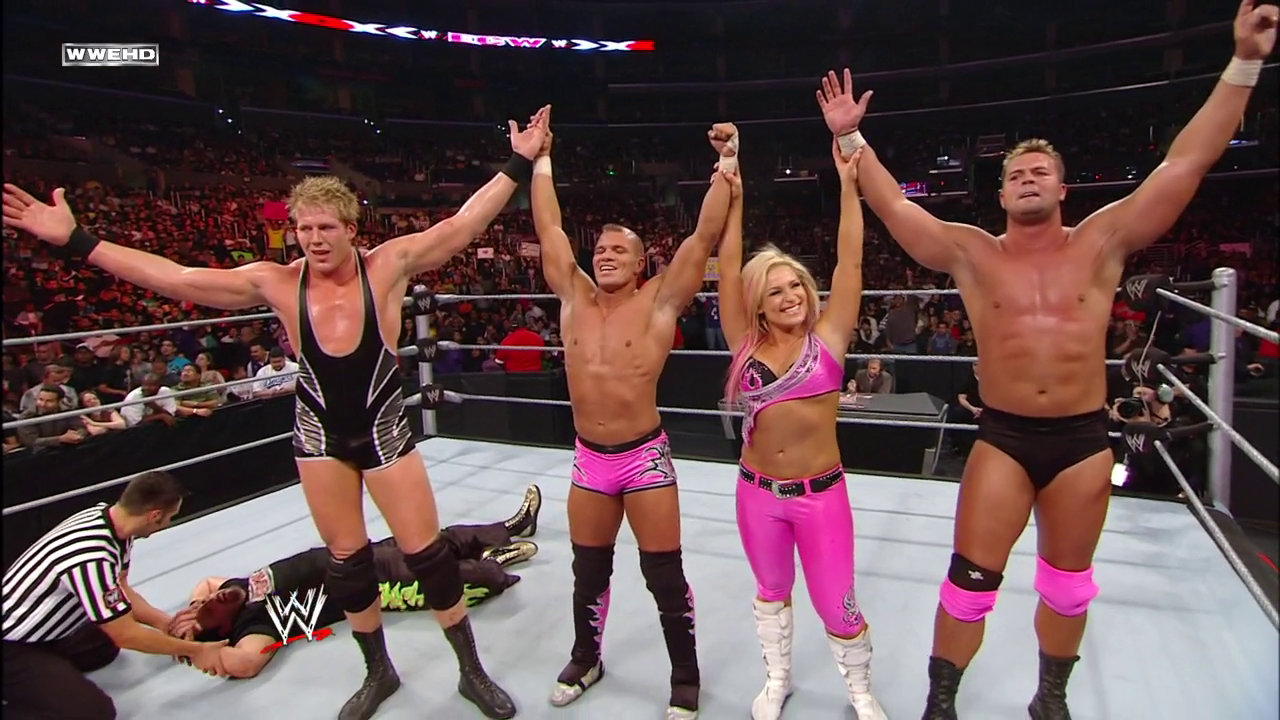 Overall: Dull main event aside, this was an improvement over the last few weeks with Dreamer’s Last Stand gaining momentum, Bourne doing crazy shit and a Kid Kaos cameo! I don’t ask for much.

I’ve been Maffew, leave me alone.