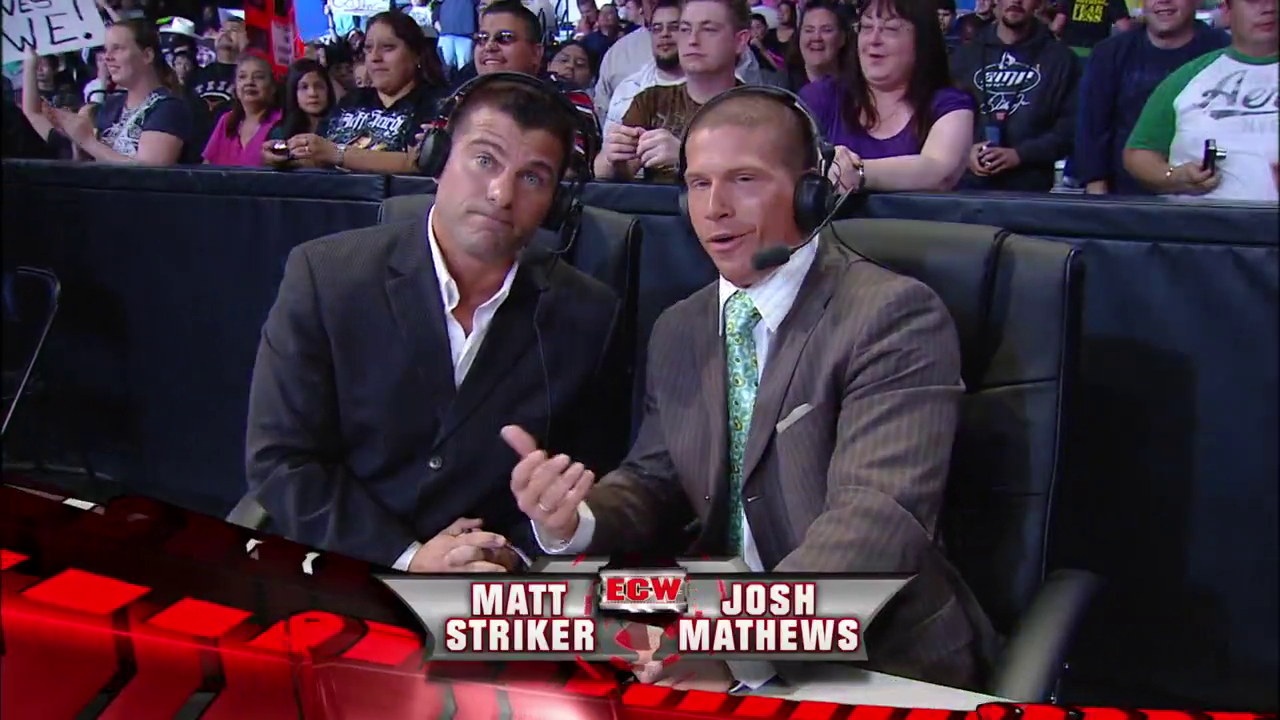 With regards to Wrestlemania and ECW: The Colons beat The Miz & Morrison to unify the WWE & World Tag Titles. Also Finlay & Christian were both in MITB but neither won which was a surprise to many as Christian seemed the obvious winner. Punk winning a second time would result in a run about 9999% better than his previous cash-in so it was all good.

Teddy Long starts the show to let us know Vickie Guerrero is the new GM of Raw and Teddy Long is taking her place on Smackdown so he asks us to welcome to the new GM of ECW, Tiffany TO NO POP WHATSOEVER. 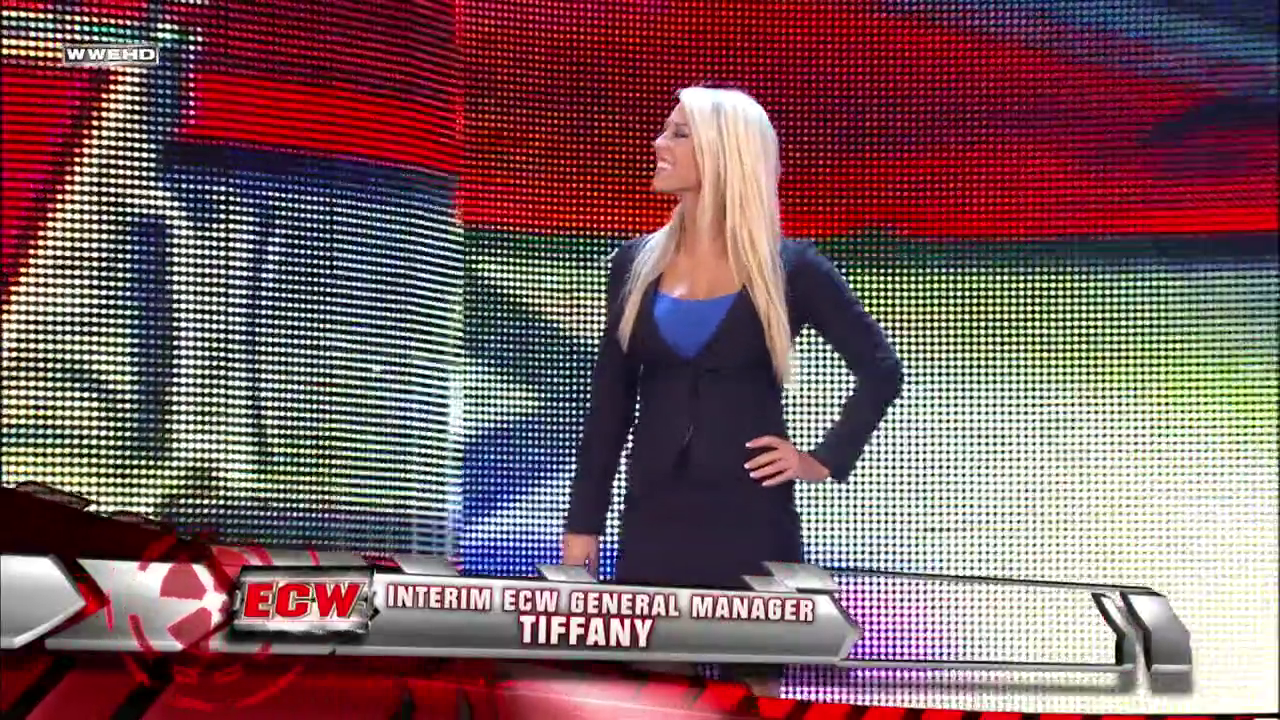 Before she gets a sentence out, ECW Champ Swagger wants to let her know there’s one rule for him and one for the rest of the roster. She no-sells him like a good female GM and announces the four-way number one contendership match tonight. Thankfully Tiffany was announced as the Interim GM because the only note-worthy thing she’s done on the show was kissing Ricky Ortiz. 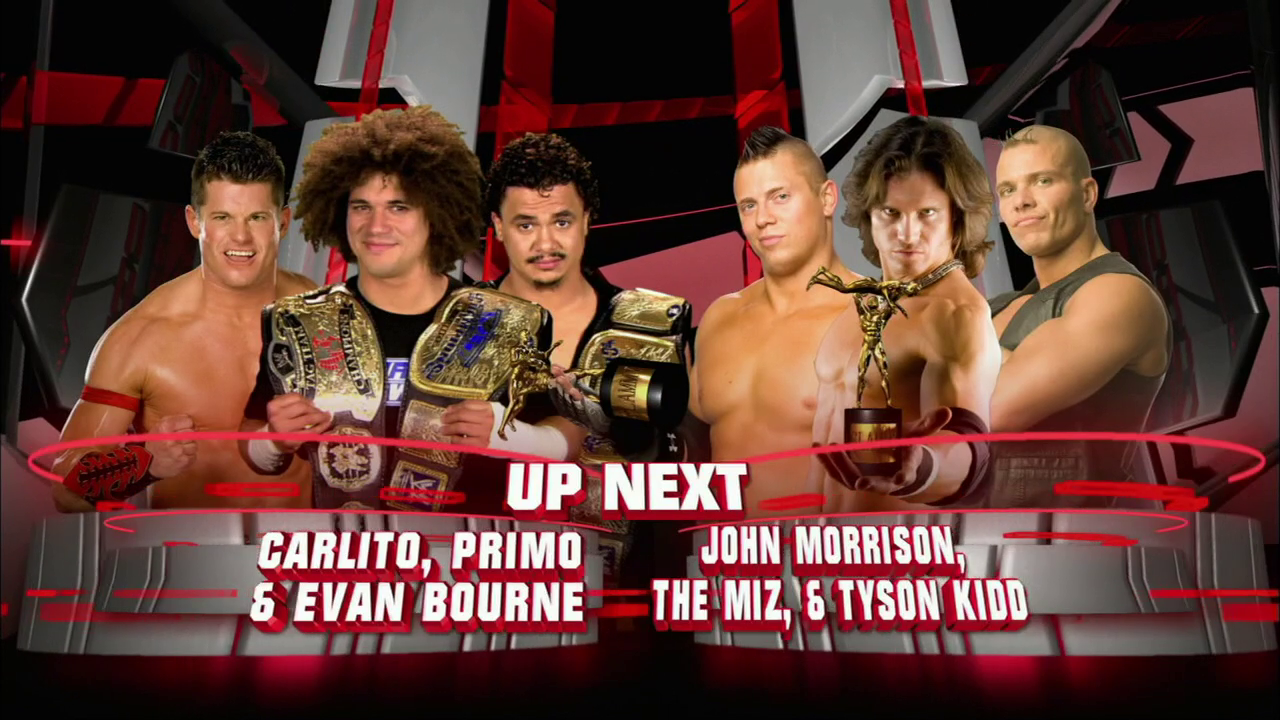 The Colons won the Unified Tag Titles on the Wrestlemania “Bonus Match” (that’s being nice) and we get stills to encourage people to buy the DVD to see if (the bizzaro Neville vs. Aries). Carlito starts off with Miz who has a very unfortunate Slush Puppie blue dye job until Primo shows off his smooth athleticism to the crowd’s delight. The Colons bust out a pretty leapfrog/dropkick combo until Kidd tags in and Carlito gets worked over like a 2007 Flair promo. Morrison kicks him “in the quaff” until the crowd start chanting. Bourne flies in with his peanut butter smooth offence and sends Morrison out the ring with a frankensteiner. When we return from break, Bourne is playing the role of Carlito as The Baddies step their game up with Miz connecting with the corner clothesline. Kidd stretches Bourne but the crowd like his moves more than him so Miz has to stretch him some more to get the crowd motivated. Bourne counters a slingshot into a punch on Morrison then leg-drops Miz in one beautiful bit. Bourne’s able to make the tag to Primo who shows his excitement by fucking cartwheeling in between beating up Kidd. Primo launches Morrison out the ring with just his legs, moves out the way of a Kidd elbow, makes the tag to Bourne and the Shooting Star Press ends it.

Winners: The Colons & Evan Bourne (This was a surprisingly long and move-filled match to start the show, if we’re nit-picking it’s counter-productive to have Primo and Bourne in the same match as they cancel out each other’s positives but crowd was BANANA for this and the trademark ECW on Sci-Fi bump-filled ending sequence.)

Raw Rebound: Orton vows revenge on The McMahon Family for his loss at Wrestlemania so Extra Angry Vince comes out to challenge Orton to a six-man tag match at Backlash. Orton wants Vince tonight in a singles match and you’d think that’d be a squash for Orton BUT DON’T BE SILLY, the highlights show Vince splatting him about the place like he’s Blackjack Mulligan until Orton goes for the punt and Shane makes the save. Legacy and Batista brawl until Vince replaces himself with Big Dave. Even back in 2009 I was done with Vince & Shane wrestling the main event guys.

Nice recap of the Hall Of Fame, with Ricky Steamboat and Ric Flair locking up one more time. 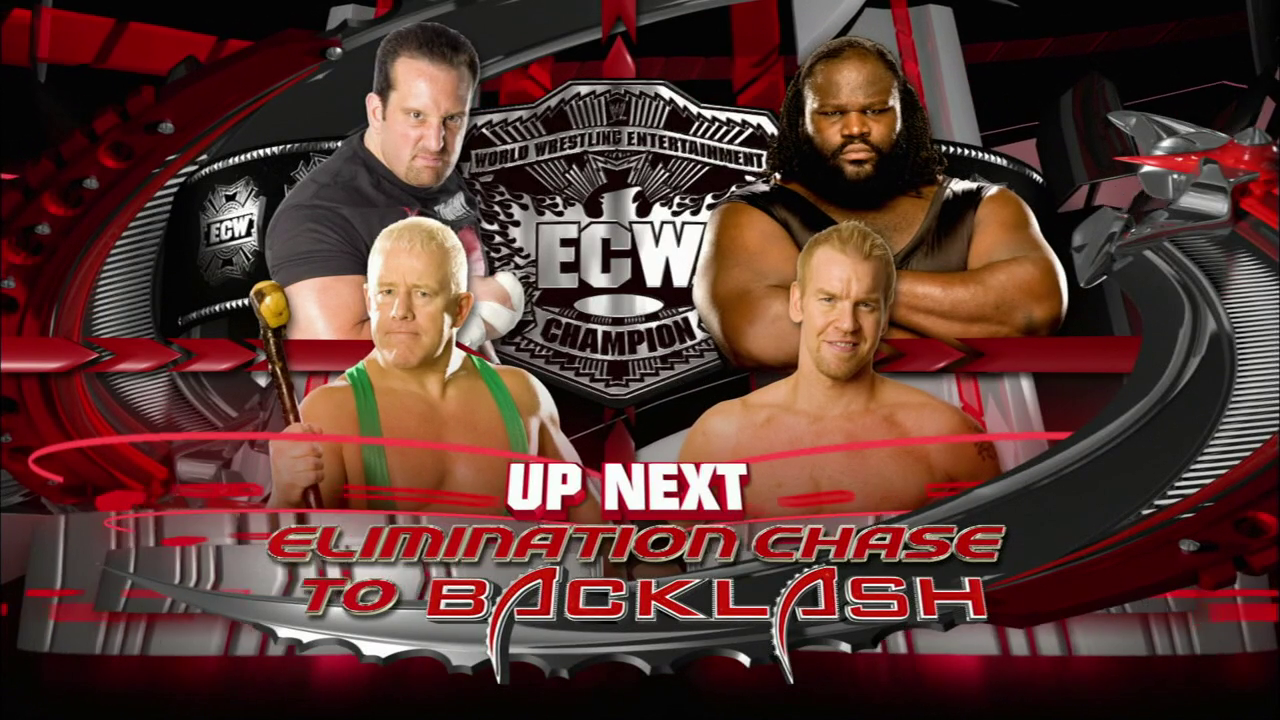 Mark Henry vs. Christian vs. Finlay vs. Tommy Dreamer (Elimination Chase To Backlash)

Oh, they’re doing the Loser Of This Fall Is Out Then Next Week It’s a Three-Way Until Only One Dude Remains thing from two years ago! I was wondering if they ever brought that back because it’s very stealable. Tiffany may have said this at the start but it was a long night last night and I wasn’t ready for her dulcet tones, sorry. Rushed entrances as after all those Wrestlemania recaps and back-pats there’s about six minutes left. Christian nearly gets World’s Strongest Slammed straight away but everyone gangs up on Mizark until he Thanos’ everyone down. Back from break to further kill this match and all three men manage to suplex Henry and basement dropkick him outside. Once he’s out the picture, Finlay blocks a superplex attempt and attempts a Doomsday Device on Christian but he misses due to Christian turning it into a Victory Roll on Dreamer for two. I wonder if that was a finish to any L.O.D. match. Finlay gives Christian a Finlay Roll as Dreamer dives onto Henry on the outside which is ignored by both the commentators and the production guys in an odd moment. Christian and Finlay exchange near-falls as the crowd is fairly un-caring. Dreamer’s Yell Out The Name Of The Company That Owes Him Five Figures Tree of Woe doesn’t get a pop but Henry blindsiding him does. Christian attempts a pin on Henry but gets yeet’d onto Finlay for another pin attempt.

That should have been the finish, dammit. Henry avalanches Christian in the corner but while the ref is dealing with an interfering Tony Atlas, Finlay twats him with the stick for the 138th time to pin Henry and eliminate him from the chase.

Winner: Finlay (Was good but you get the feeling this could have been great if they hadn’t been handicapped with a short amount of time and a spent crowd. Christian & Finlay were very nimble considering they’d just done MITB.)

Overall: 50% of this was recaps but the rest of the show felt like things were back on track after a terrible pre-Wrestlemania road to nowhere. However the highlight of the show was the bag of Dorito’s Swagger managed to spill on himself. 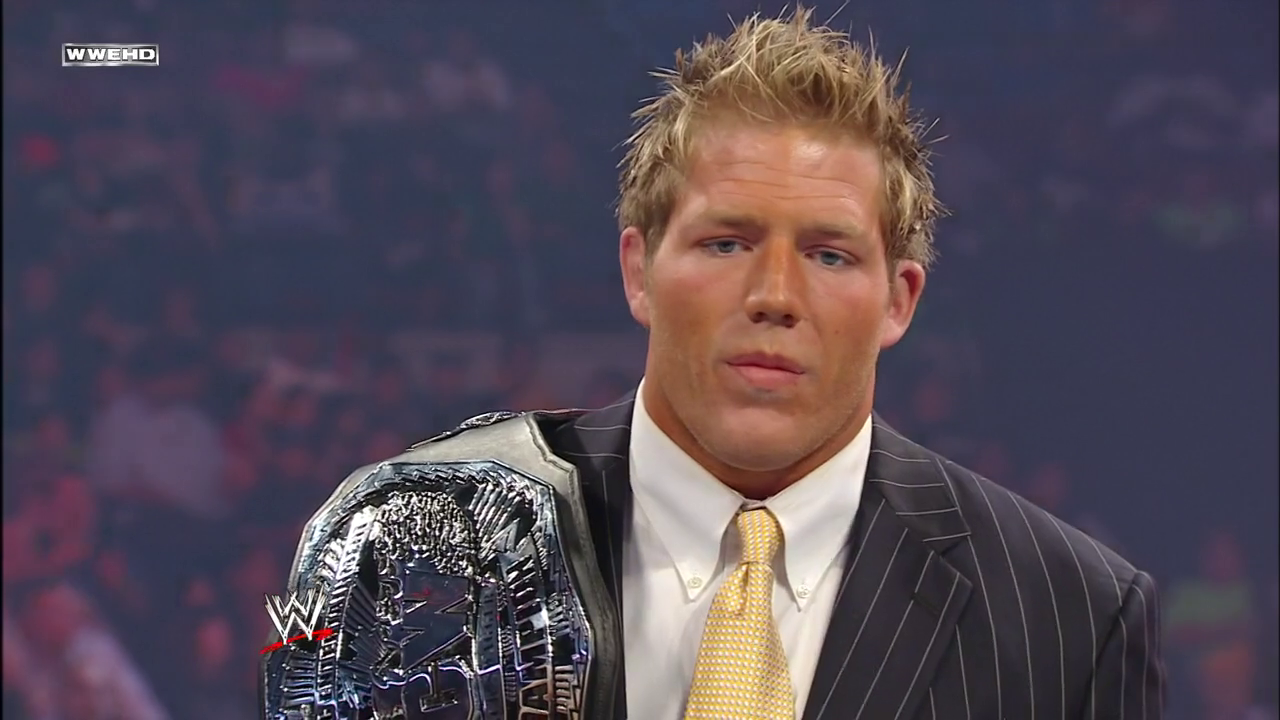