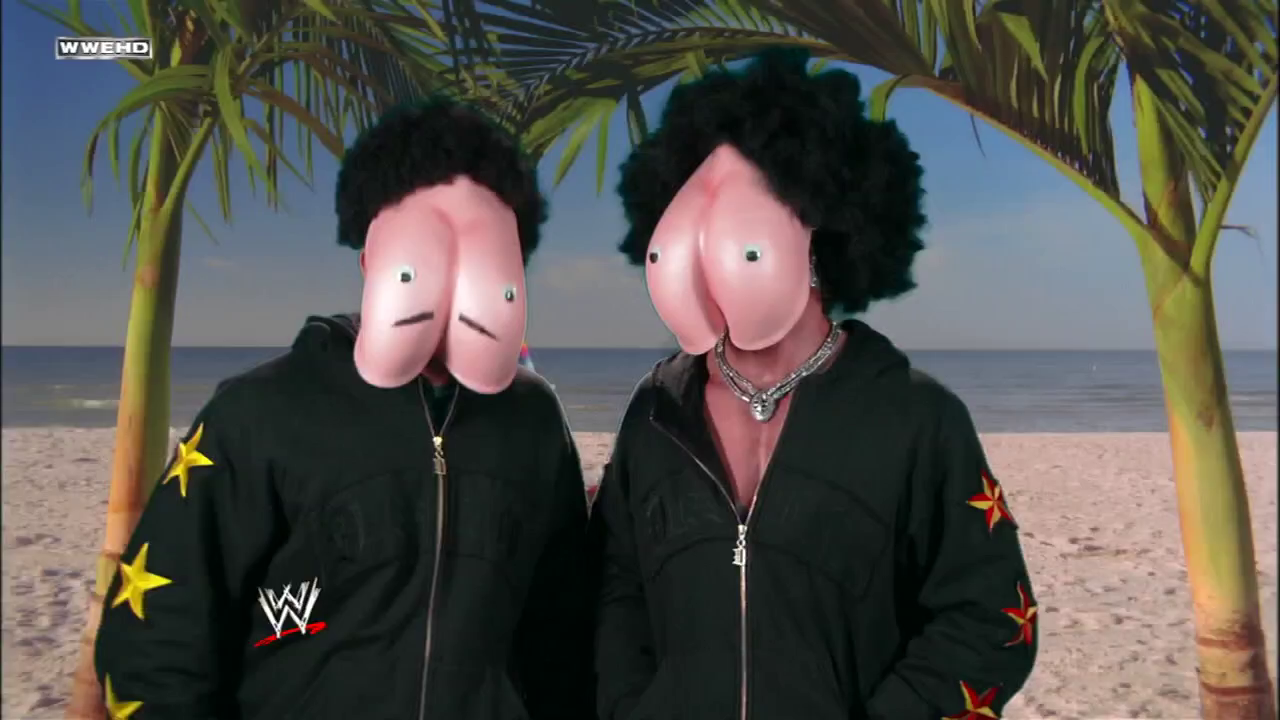 Primo & Carlito are the WWE Tag Team champions after beating Ryder & Hawkins on Smackdown so no wonder they were looking to unify the titles, The Revival may have got a TV win with that roster. Primo makes his way to the ring with The Bellas which I do not remember at all. Morrison & Carlito exchange insults on commentary while Primo shows off his agility with a forward roll to go between Miz’s legs and smooth leg-drop before Miz takes a Hennig Bump off a turnbuckle bop.

Miz manages to seize the advantage after a shove outside but when we return from break Primo’s already revving his engine and flying off the top rope with a Kofi Kingston-esque crossbody. Primo misses a running crossbody so Miz gets a chance to slow the match down while Morrison continues (“Primo looks like he just grew his first moustache ever”) until Primo gets the chance to slip out of a backdrop off the top and deliver a Falling Electric Drop. Primo continues his Tom Magee showcase with three dropkicks (with added cart-wheel to do more damage) until Miz spikes him with The Stroke. Miz turns another top rope crossbody into a rough powerslam for two and this is going way longer than I thought it would. Miz misses the running clothesline in the corner allowing Primo to nail the Backcracker while he’s still in the ropes to end it.

Winner: Primo Colon (Unsure if I’m focusing on a decade of forgettable/crap gimmicks or if I’m getting carried away with a match that was designed to showcase him but I had forgotten Primo was Actually Good when motivated and makes you wonder what he could have been if they hadn’t been a travel agent or matador.)

These two are feuding as a result of Natalya’s attempt at a sneak attack last week on Alicia Fox. And fucking hell, they’re both still employed ten years later too. Kidd bounces around Deej as the fake crowd (take it away DeNucci): 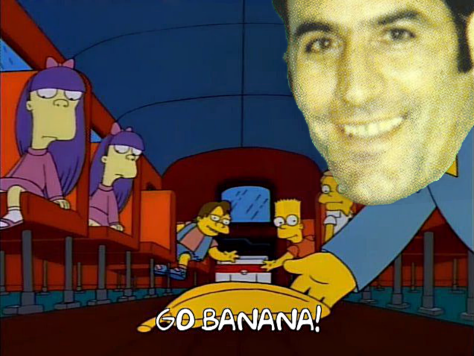 Striker is so enamoured by the match he begins to see how far he can go with talking about Fox until someone yells at him through his headset. He got as far as “hard candy with a surprise centre” before moving onto Kidd’s hair. Match isn’t bad but Kidd’s offence is too cool to boo and Deej is too dull to cheer. Kidd counters a suplex into a cool-looking neck-snap on the top rope to end it after the Springboard Elbow.

Winner: Tyson Kidd (They’ve given up on Deej so this was all about Tyson Kidd And His Haircut.)

RAW REBOUND: Ah here we go, the exact moment the Orton vs. HHH feud jumped the shark. After Orton got around the No Touching Rule by having Rhodes & DiBiase beat up HHH, Orton stayed at home (with a camera crew) to watch the scheduled main event of Legacy vs. HHH. However, HHH pulls an ADR and no-shows so Orton mocks him as the segment dissolves into The Room. The door bell rings and OH NO DON’T OPEN IT as Triple H comes sledging through. Even in the dramatically-edited version they’re showing here the whole thing comes across as Kevin Dunn desperately trying to be something he isn’t with a multi-camera set-up for a home invasion that’s supposed to look serious but also features HHH yelling YA SHOULD HAVE FINISHED THE JOB and throwing worked punches.

I can’t link to it as it’s not on the WWE Youtube (and this site is very particular about what gets linked to) but the original version is the best as they play the exact same scream SFX for Orton’s girlfriend/door opener twice in succession. 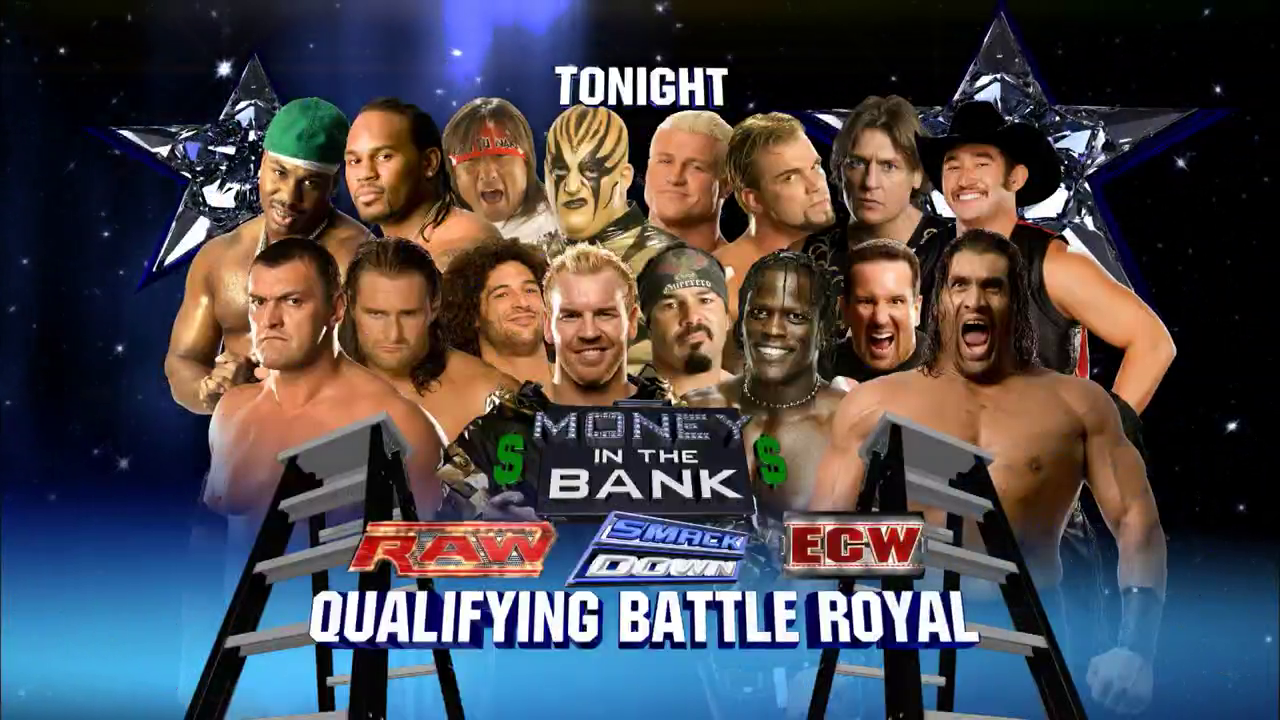 Back from break, Dreamer DDTs Regal but he can’t lift him over so Regal shoves him out instead because Dreamer is fat and therefore gravity is stronger around him. R-Truth misses a Scissors Kick so Chavo sends him out leaving Regal, Chavo and Christian left. Regal suplexes Chavo INTO Christian in the highlight of the night.

Sadly Christian sends him packing, leaving Chavo to try Three Amigos and Christian to attempt Three Amigos but both coming up short. Chavo tries to suplex Christian out the ring but he holds on and connects with the rope-assisted back kick to send Chavo to the floor.

Winner and Qualifying for MITB: Christian (Like most Battle Royals this picked up when it was down to single figures thanks to Regal & Chavo but it’s still a Battle Royal so let’s not shit ourselves here.)

Overall: ECW is filler right now as there’s no proper ECW Title match at Wrestlemania thanks to that one bad match Swagger and Finlay had, but at least this week it was good filler (like Star Trek III.)

Also R.I.P. Koji Kitao who had an incredibly interesting career for a guy that never had a match memorable only for it’s in-ring quality. AKI included him in the N64 games as Kim Chee but also modelled the KO animation on Kitao getting KO’d by Takada’s shoot-kick.