Kane (Raw) vs. The Boogeyman (Sci-Fi because no other brand wants him)

See No Evil makes it’s Sci-Fi channel debut this week so here’s the star of the “psychological thriller” to hype it. Kane unleashes his greatest hits on Boogey until he’s obligated to let Boogey have some offence. After Boogeyman fucks up a rope-assisted neckbreaker, Kane decides that’s enough and ends with a chokeslam.

Winner: Kane (Just an advert for See No Evil and training schools.)

Santino gets ECW chyron instead of Raw, cruelly giving away the finish of what was surely going to be a hard-fought contest. Santino tells us women love his chiselled physique rather than Henry’s large body, which doesn’t work as fine comedy because Santino *is* jacked and is walking around with Beth Phoenix. Crowd laughs at everything he does so what the fuck do I know. Santino tries a sneaky crossbody but he bounces off like accusations being thrown at The McCanns and a Strongest Slam ends it.

Winner and qualifying for MITB: Mark Henry (One of those Enzo Amore specials where nothing happened and the crowd loved it.) 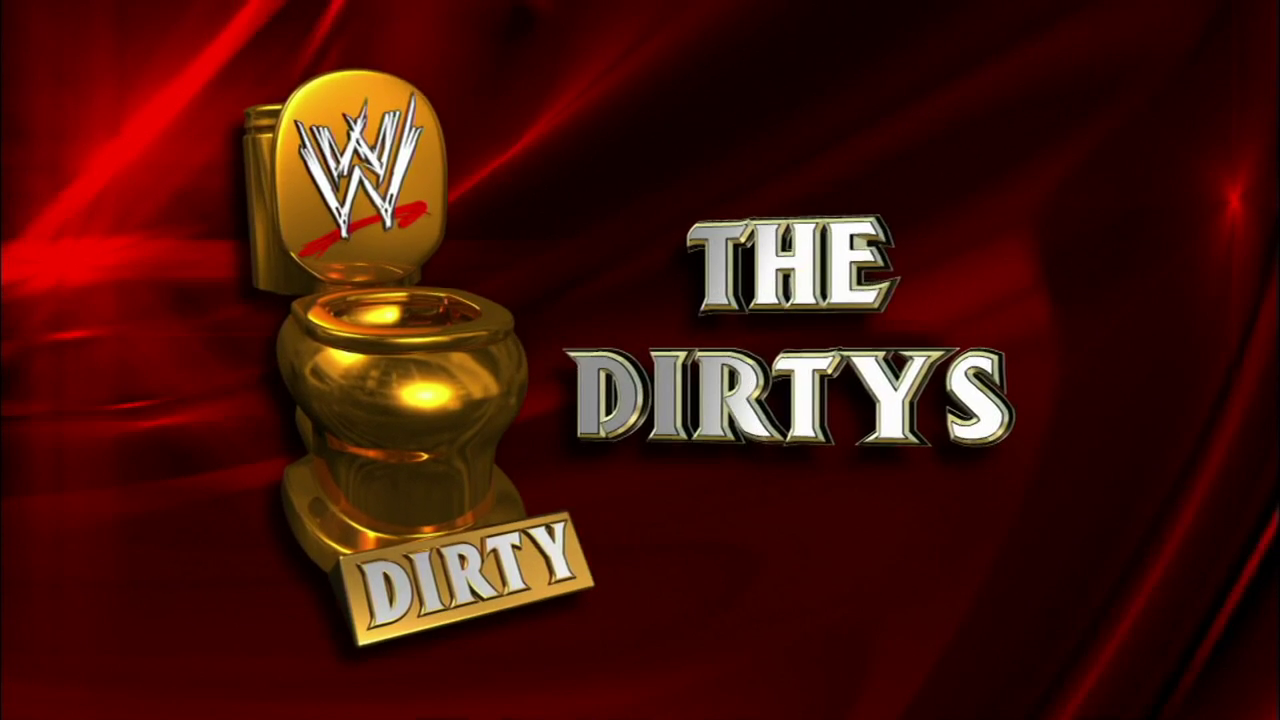 Biggest Virgin: Evan Bourne (“yes, I finally won something! This one’s for you mom!”)

Best Internet Video: The Dirt Sheet (for the second year in a row). Again, not highbrow entertainment but it was part of the reason Miz & Morrison were so damn good during this time.

RAW REBOUND: Orton’s pressing charges! Triple H manages to change his mind with one promo about how he turned Orton into the man he is today so Randy challenges Tripper to a Wrestlemania match instead, providing neither of them touch one other until then. HHH agrees, but as he’s walking to the back Randy starts giving it hard about his wife. “I remembered it feeling really good as I gave her a RKO but I’m not sure what she remembers after I slammed her pretty little face into the ground.” Tripper nnnnnnearly hits Orton but instead promises to break his neck at WM instead. Orton was on another level in these heavily edited recaps.

I’m not saying Natalya is an afterthought but her titan-tron still has footage of her with red hair. Also one negative of having the Dirt Sheet segments on TV is one minute DJ Gabriel getting nominated for Virgin Of The Year and the next he’s out dancing like a plampf without mentioning it. You’d think they’d let him go “hey I may be a virgin but I have nice pecs” or something. Both women keep it as basic as possible while the fake-crowd-o-matic blares out the audio from Rock vs. Hogan. They take it up a notch with Fox managing a smooth Sunset Flip counter in the corner before eventually succumbing to the Sharpshooter.

Winner: Natalya (Nattie was able to drag Fox up to her level and for once Fox didn’t look like it was her first time wrestling.)

Post-match, Tyson Kidd tries to attack DJ Gabriel but he bounces him off the ring ropes and attends to Fox. Kidd couldn’t take out the Runner-Up Virgin Of The Year?

Hall Of Fame 2009: ‘Cowboy’ Bill Watts. Rude and Pillman were supposed to be in that year but Watts changed their contracts and now they’re doing dark matches for Superstars. 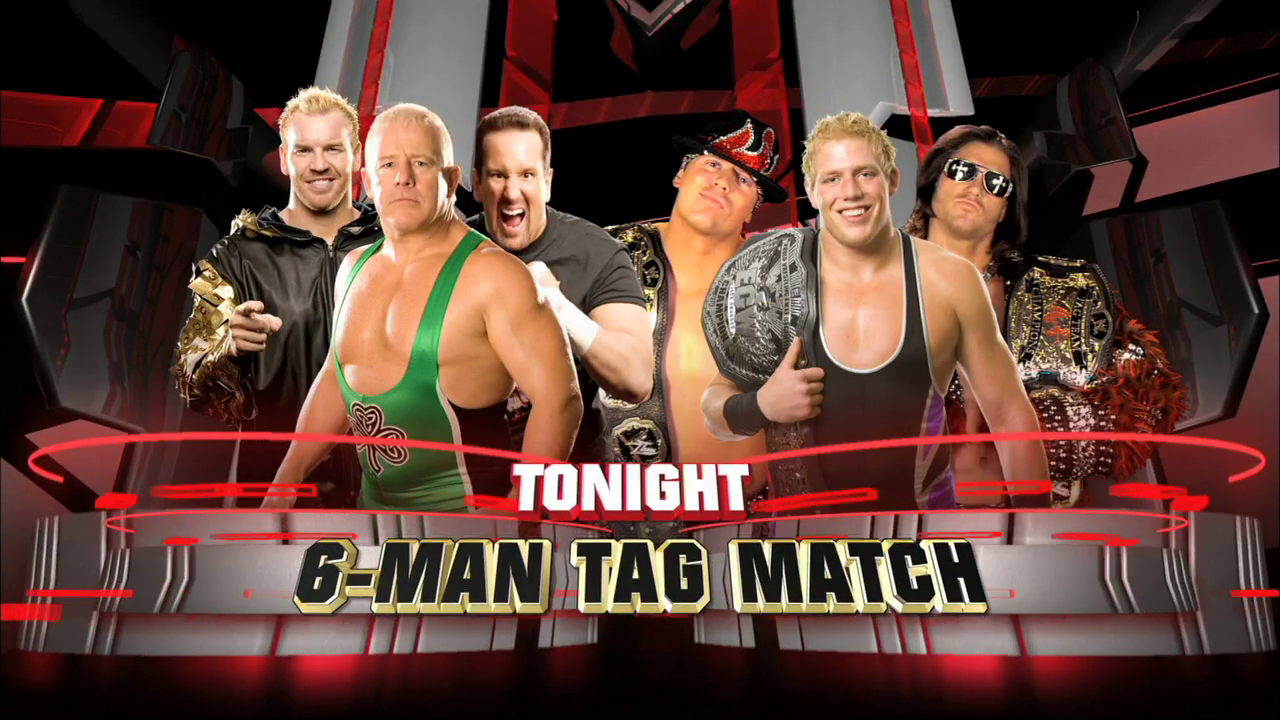 Back in and Miz is still getting beat up by The Goodies. Morrison tags in and then he starts getting beat up by Dreamer until Miz distracts him and Dreamer gets kicked off the top rope to the outside. Dreamer gets double-teamed by Miz & Morrison for a while until Swagger starts slamming the career out of him. Crowd’s loud but they’re not biting on the DREAMER chants, even when the baddies start doing it ironically. Christian makes the hot tag anyway and avoids a Morrison kick but accidentally knocks Finlay off the apron (just like last week.) Morrison and Christian have good chemistry with a nice set of counters ending with Christian landing the Top Rope Headbutt. Everyone brawls off the apron before Swagger makes the sneaky tag without Christian seeing it, so while he’s busy hitting the Killswitch on Morrison, Swagger runs in and plants him with the Gutwrench Powerbomb for the victory.

Winners: Jack Swagger, The Miz & John Morrison (The ECW on Sci-Fi multi-man match special: like Greek music it starts off slow but gets faster and louder with a hot finish. Not much to this one overall but I appreciate Swagger looking good and them trying something with Christian and Finlay.)

Overall: The less ECW on the show, the more Wrestlemania season it is. There’s no ECW Title match on the PPV so we’re going to get more filler than Bleach, which is why this show is such a mixed bag with the title-holders looking dominant and everything else being as well-planned as this dude’s fan-sign. 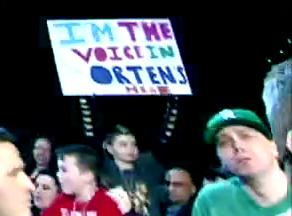