This past Sunday at the Royal Rumble, Matt Hardy turned on his brother to fuck the dirtsheets and their ”Christian is returning” mumbo jumbo.

Teddy Long explains that Matt has requested his release so he can go to Smackdown to continue to give his brother CTE. The crowd boos Hardy. Teddy says don’t worry, we still have Boogeyman. The crowd forgives Hardy.

Your ECW Champion Jack Swagger shows up to announce there’ll be an Official Celebration for himself tonight until The Boogeyman’s entrance plays and Swagger makes like the crowd and heads to the rest-room.

The Boogeyman vs. Ricky Ortiz

Backstage, Swagger reveals his title has gone missing. Teddy asks if anyone noticed.

OK if Finlay can’t find water in the shallow well that is Burchill 2009 then he can go fuck himself (then his sister). Hard twat-based offence to no reaction until Burchill gets a deep chinlock. Finlay escapes so Burchill locks in another as if he’s attempting to get fired. Hornswoggle interrupts and Paul goes after him like a sexy relative allowing Finlay to make his comeback and end with the Celtic Cross clean.

Winner: Finlay (If it wasn’t for his run on Smackdown you could easily be convinced Burchill had walked out of the crowd as a last-minute replacement for a wrestler who died on the way to the venue.)

Swagger asks Mark Henry if he stole his title. 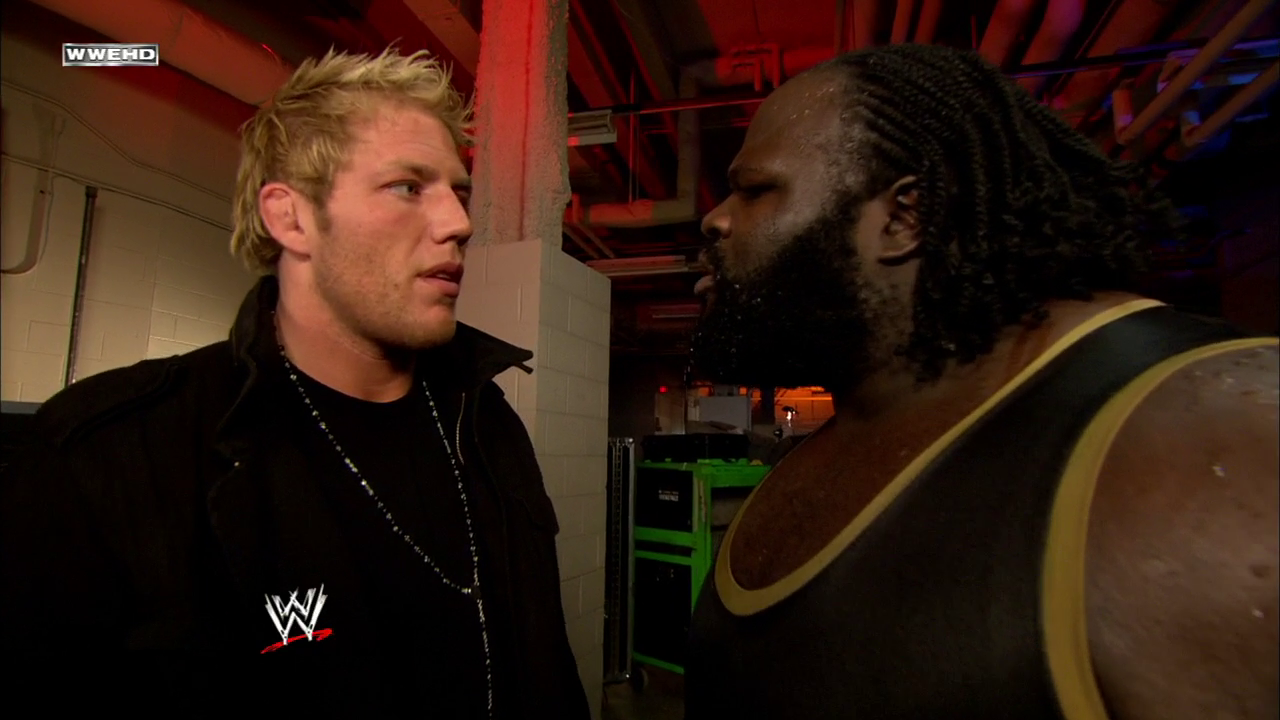 Raw Rebound: Orton confesses to having a syndrome that means he sometimes attacks people when angered and so wasn’t responsible for kicking Vince in the head last week. His therapist can confirm that WWE knew about it so if Stephanie tries to fire him, he’ll sue them and get Wrestlemania cancelled. The whole roster walks out but Orton doesn’t give a shit about any of them and wouldn’t care if they all lost their jobs and begs Steph to fire him. Just when the segment is getting really good, Shane McSuperMan returns to WWE from competing in PRIDE and making orange juice by squeezing the fruit with his bare hands to take down Orton and kill the mood.

These guys have good chemistry, Henry is good at beating the shit out of people and Dreamer is really good at taking t-shirts from the concession stands. Henry plays around with Tommy until Henry misses an elbow drop. Dreamer manages to knock him off his feet with a second rope clothesline but only gets two, so he connects with a load of basement dropkicks. And just as the crowd is getting behind Dreamer and think he won’t lose fifty times in a row to the same guy, Dreamer flies off the top rope into a World’s Strongest Slam.

Winner: Mark Henry (Dreamer’s so good at getting beat up and getting the crowd to love him. He’s been doing it most of his career, it just confuses him to get paid to do it.)

Swagger can’t find out who stole Swagger’s title so Teddy has to go to the ring to demand whoever it was show up and give it back. Finlay apologies and brings out the culprit. 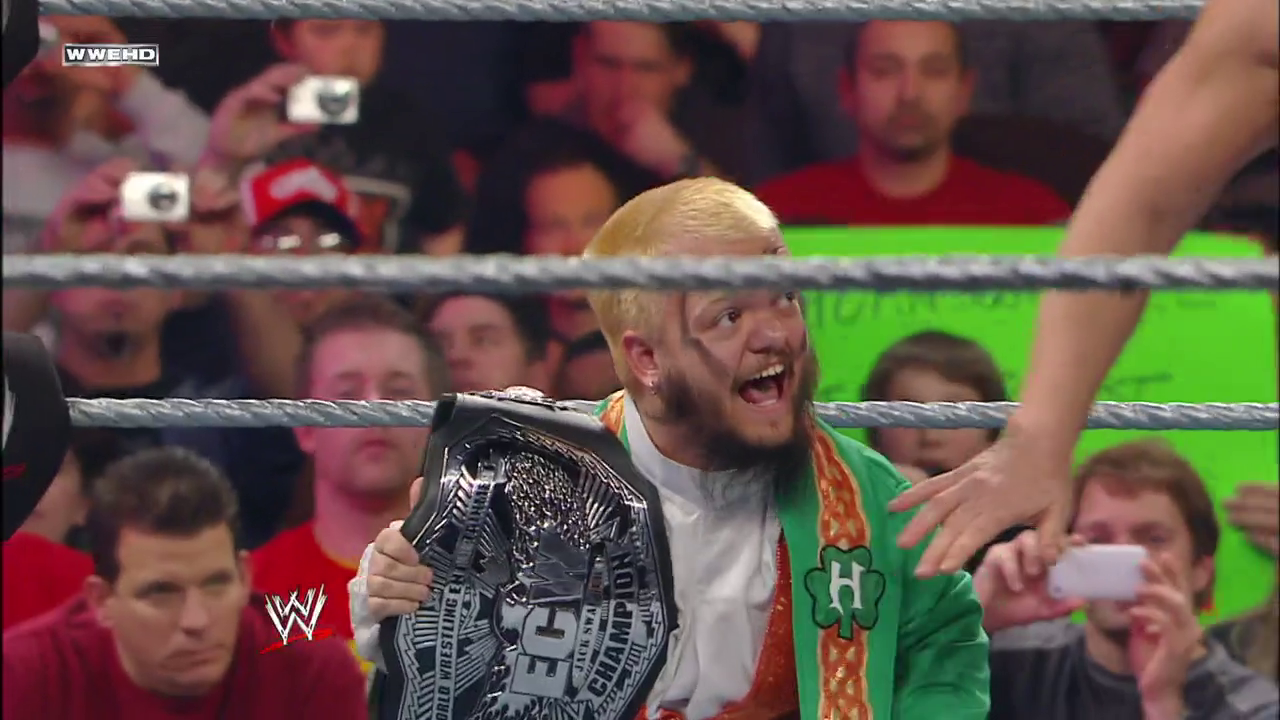 Finlay tries to give the title back nicely but Swagger isn’t happy about Hornswoggle stealing his shit (he has a point) so he calls Finlay an awful father and pushes the little magpie to the floor. Finlay gets all hepped up and beats up Swagger with his own title belt and leaves him laying.

Overall: ECW without Hardy, Morrison & Miz is rarely good. Finlay as default number one good guy is OK as a stop-gap and Henry was fun but the rest of the show is a living death. Not since Ed Wood has a show featuring cum-towels, spooky monsters and brother-fuckers been this dull.