Grisham immediately starts shilling a Hall Of Fame announcement coming up to prevent people from running away from their TVs. Katie Lea and Fox start off and do that god-damn spot.

I will never figure this fucker out, only Arn Anderson seemed to be capable of getting the timing right and everyone else looks like they press the ”run” button accidentally in 2K19. Grisham was talking about how Fox looked impressive in her first singles match last week but immediately shuts up after that. Paul throws a flying knee in the corner like the late great Elijah Burke and works over DJ with knee-based offence as the fake crowd noise is at M*A*S*H levels of inappropriateness. DJ and worst-pirate-since-Yellowbeard mess something up but it’s edited out. Sadly they don’t edit the rest of the match from existence and so Fox and Katie Lea take each other out the ring leaving DJ to finish with the elbow off the top.

Winners: DJ Gabriel & Alicia Fox (Everyone apart from Katie wrestled like it was their first match and I don’t understand how your gimmick can be PIRATE INCEST and still be forgettable.)

Hall Of Fame 2009: Steve Austin, with Cult of Personality video package to remind us he walked out on the company one time.

Tommy Dreamer wearing a suit and serious face to remind us he was in ECW and got beat up a lot like he’s done his entire career post-ECW and is STILL doing in 2019 in places like MLW and Impact. Dreamer says his contract is coming up in a few months and if he doesn’t win the ECW Title before then, he’ll retire. OK even though I rag on Dreamer being a rock band that never recorded anything after a successful first album, this is a good idea as fans like him when he’s the underdog and they love him when he’s getting his head caved him.

The Boogeyman vs. Sammy Savard

SMACKDOWN REBOUND: Jeff Hardy was involved in a hit & run and they air the ”police camera footage” which amazingly airs as a single shot without any alternate angles from the multi-camera set-up and boom mic the WWE police usually have with them. 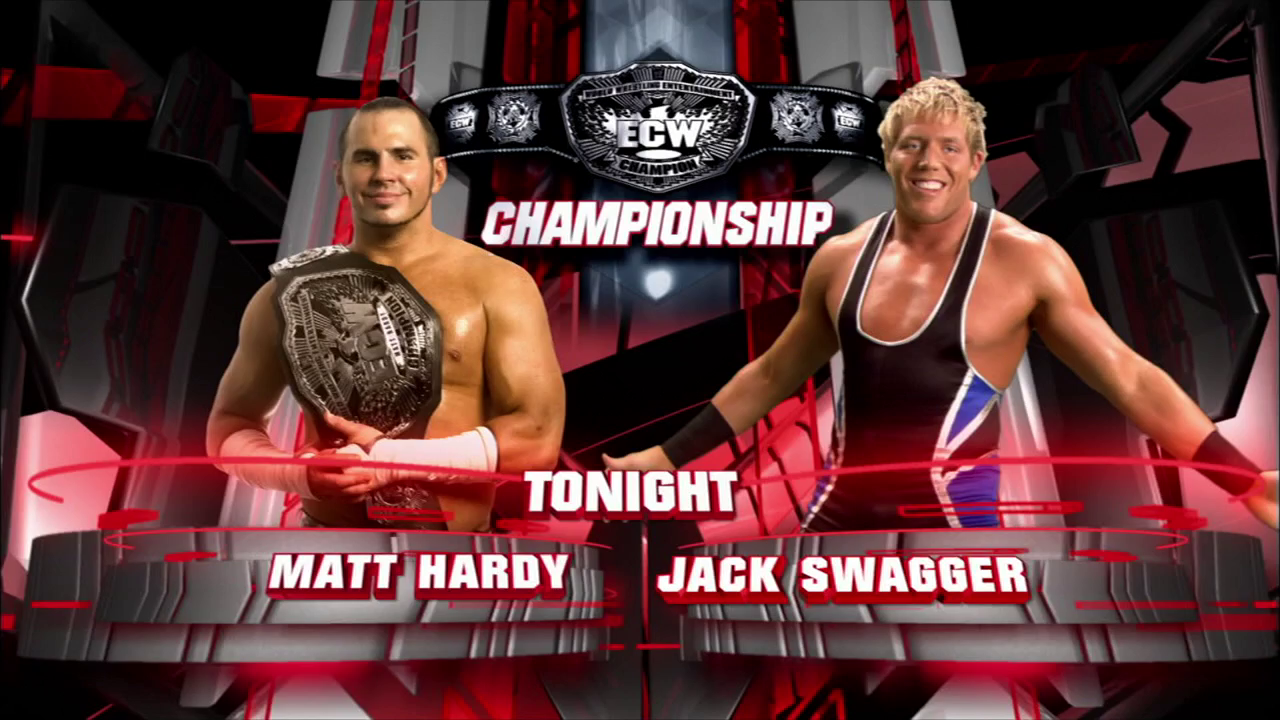 Swagger is undefeated and won this opportunity last week after beating Finlay clean. It speaks volumes on Hardy that 100% of the crowd are cheering him even after Swagger has been booked so well. No smark chants, just HARDY HARDY. Swagger takes Matt down effortlessly so Matt gives him a Northern Lights to show he doesn’t care about NCAA and we go to break.

When we return, Matt is blasting Jack with the clothesline/bulldog combo for two. Jack is able to take it and sends Matt out the ring so he can work on Matt’s left arm and pound his own chest and be a dick. Swagger busts out the DIVORCE COURT and crowd still ain’t cheering him. If this was NXT they’d be making signs saying SWAG ME HARDER DADDY. Jack pounds away as we go to break with Matt selling the shit out of his arm. He gets a desperation clothesline and goes to the top with Matt making it look like he’s climbing a ladder to grab his first meal in ten days. Jack cuts him off and delivers a Superplex for a close two-count, Matt went limp upon impact. Swagger gets cocky and gives him punches in the corner but Matt is able to deliver a running powerbomb for an ultra-slow count and kick-out which the crowd are really into now. Swagger managed to remove the turnbuckle pad as he was yanked off (hey now) and is able to cut off a Twist of Fate with a Belly-To-Belly but Matt returns with a Russian Leg Sweep but without properly hooking in the move as his arm hurts because he’s so good. Side Effect gets two as Matt is throwing everything he has against Jack and it’s not working. Swagger splats Matt with the Vader Bomb and goes back to the arm. Matt resorts to going for a Reverse DDT (Striker: ”Slop Drop!”) and goes back on top. Swagger puts him on his shoulders and dunks him square on the exposed turnbuckle to end his life but Jack gives him a Swagger Bomb anyway to win the match, the title and my love. 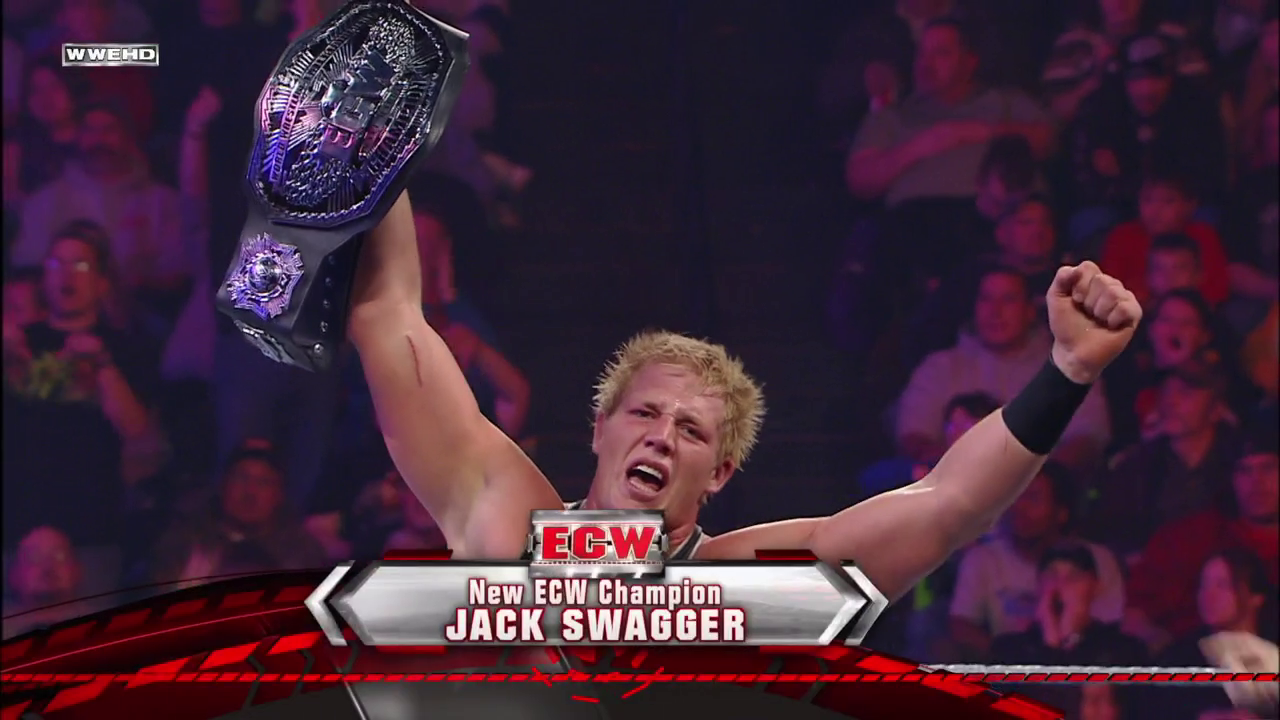 Winner and new ECW Champion: Jack Swagger (Swagger’s usage of the Vader Bomb is appropriate as Matt was against someone younger, stronger and cockier than him so this had Vader vs. Sting all over it. Beautiful match with Swagger cheating regardless of how well he was doing and Matt selling for ten different countries to get the new guy over.)

And if that wasn’t enough, Swagger immediately starts laughing at the kids at ringside before checking out his reflection in his new title.

Overall: If you want to see why people were raving over Swagger in 2009 then this is a great place to start. Everything else can go be Thanos Finger Snapped.