We’re in New Orleans for the first ECW on Sci-Fi of 2009 and here’s a kid busting a move to the hard pipes of Finlay’s theme.

When we return from break, Swagger has bust open Finlay’s mouth and is keeping control with arm-based offence. Finlay attempts to take a breather on the outside but he takes a clothesline and Swagger resumes the arm-bars. Swagger is looking like a beast even if the crowd isn’t raving (apart from that one kid). Finlay tries to escape but Swagger nonchalantly gives him a Canadian Shoulderbreaker. Finlay isn’t taking that Dino Bravo bullshit and gets a two-count from the Finlay Roll. Finlay uses head-butts to escape a belly-to-belly attempt before giving Swagger Canadian Violence in the corner, forcing the ref to pull him away which leads to Finlay walking into Swagger’s elevated knee and then a Swagger Bomb.

Winner: Jack Swagger (This was perfect for Swagger’s push as he was strong enough to take Finlay’s shots and knowledgeable enough to out-grapple him which is no mean feat for a guy resembling a hench Laurie Holden.) 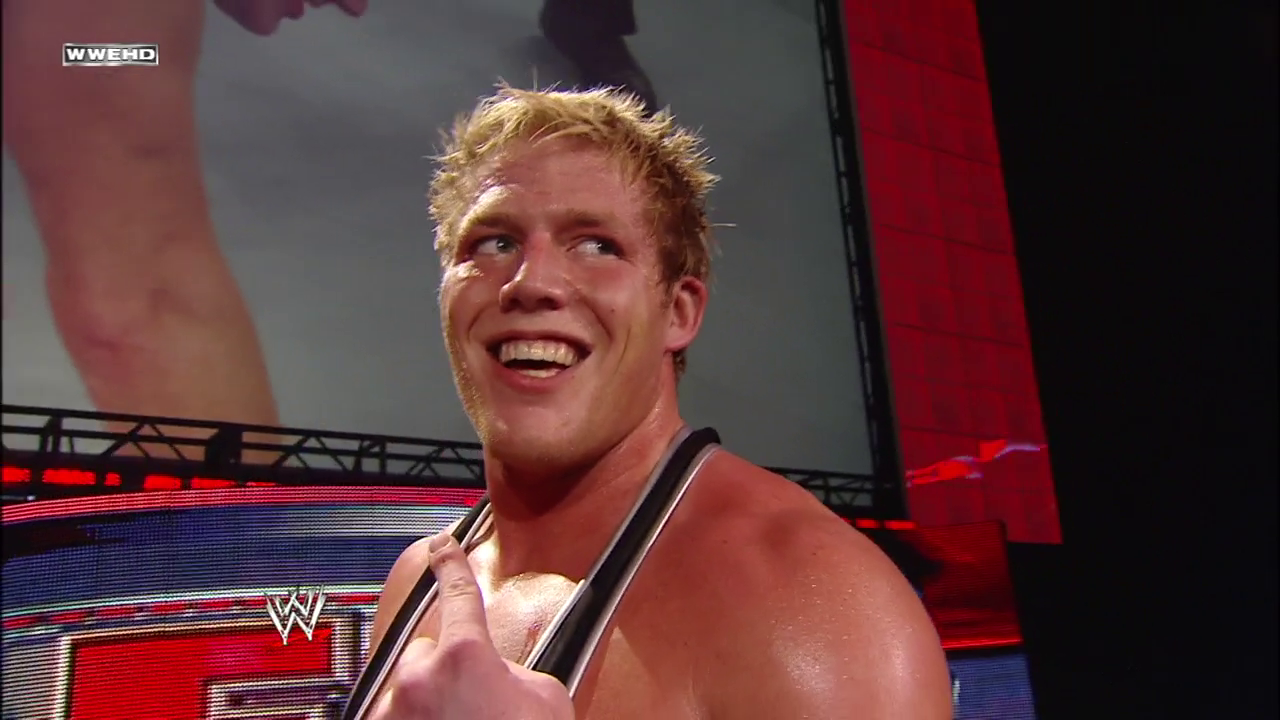 Swagger barges in on Teddy’s office to demand the title shot and Teddy agrees to a title match next week because Swagger’s so damn good.

This is both wrestler’s first singles matches in WWE and the fake crowd noise is working overtime before the match begins. The brother-fucker has the experience advantage and they go through a bunch of clips and hip-tosses. Fox rolls Lea up for two before nailing a series of Zack Gowen dropkicks (with Striker doing his best to sell the idea of a single-leg dropkick). Axe kick gets two but Lea pushes Fox into the ropes before nailing a very tame backbreaker for the pin.

Winner: Brother Love (A bunch of over-rehearsed moves done for no rhyme or reason with a backbreaker as a finish and no-one caring.)

RAW REBOUND: HBK helped JBL win last week to win a title shot at the Rumble, so Orton & Jericho are protesting as it ruined the integrity of the Four-Way. So Steph books a tag match with HBK & Cena vs. Jericho & Orton with JBL wanting HBK to turn on Cena so he can instantly get the title shot. However HBK refuses to turn on J.C. and wins the match, frustrating JBL who is watching on a monitor. Man they put a put a lot of effort into a storyline no-one cared about.

The Boogeyman vs. Brett Barnes

Oh speaking of things no-one cares about here’s Boogey. What a horrible timeline we live in where they removed Big Daddy V but kept this guy. Crowd reacts with ”oh, I remember you” levels of pop as he slowly destroys Brett and ends with a Pump Handle Slam.

Winner: The Boogeyman (Boogey was passed from brand to brand like an older brother’s ugly sweater.) 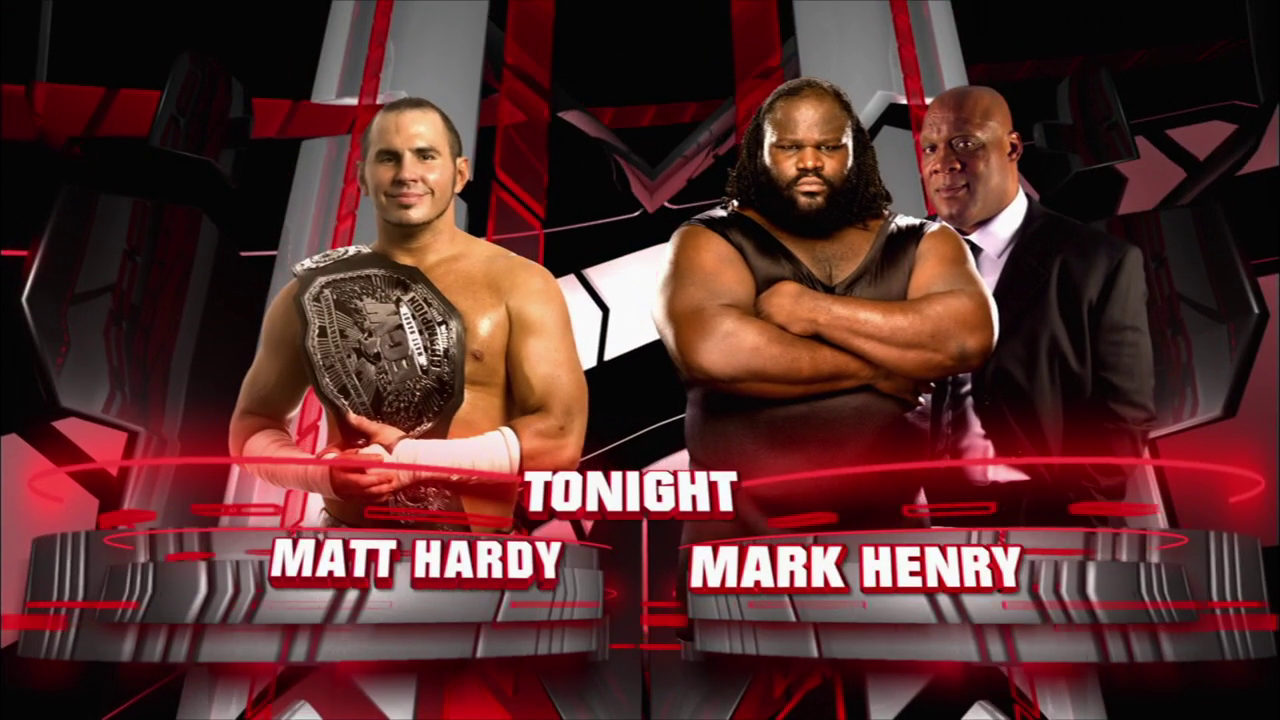 This is a rematch from last week as Swagger interfered in what looked like a sure-fire win for Hardy. Matt knows punches work well against Henry, but Henry attempts to remove Hardy’s head from his skull as the kids go nuts. Henry’s attempt to squish Hardy on the outside goes badly as Henry ends up going knee-first into the ring steps like Mick Foley which results in Hardy finding a weak spot that isn’t his 1992 printer head. Henry misses a charge in the corner so Hardy dumps him over the top rope and crossbodies to the outside.

Matt always worked his bollocks off when wrestling Mark. Sadly for him, when we return from break Mark’s trying to twist his skull off so he can add it to his collection. Matt remembers the knee from Chapter 4 and chop-blocks it until Henry clotheslines him away. Henry attempts a slam but Hardy slaps his knee while being held causing Henry to drop him but a Twist of Fate is blocked but a Henry splash is also avoided so Hardy pops up and nails the Twist of Fate for real-real.

Winner: Matt Hardy (These two go together like racing and Eurobeat so it was another fun encounter in a long list of them with the ECW trademark furious ending sequence.)

Overall: The build to Swagger vs. Hardy is great and Swagger has ”can’t miss” written all over him (sadly that would come off in the wash) but the rest of the show is an elephant graveyard of heatless Boogeyman squashes, dancing and incest pirates, so watch with the fast-forward button ready.