We’re in Washington, DC and Swagger finally has his chest pounds!

Oh no he’s got a mic. He’s not technically bad but he still sounds like he’s talking backwards and someone’s reversed the audio. Swagger thinks he should be Number One Contender after beating Dreamer and still being undefeated but Teddy Long and Tiffany remind him Ricky Ortiz is also undefeated. Ortiz mocks his speech impediment because ”suck my towel, fuckface” didn’t get over as a catchphrase so we have a match right now.

”Two young studs here!” yells Striker as the announce table moves three inches without him touching it. First non-squash match between two of the New Talent Initiative, dominated by Swagger’s amateur take-downs until Ortiz frustrates him with a dropkick. Back from break, Ortiz is still getting pounded by the huge, young stud but it’s more dull than that search term would suggest. Ortiz counters an abdominal stretch into one of his own to no reaction as he’s only popular in kayfabe. Ortiz starts yelling and hitting big strikes to get something out of them but misses the Big O splash. Swagger clotheslines him on the outside and finishes with the Doctor Bomb.

Winner: Jack Swagger (Perfectly acceptable for Jim Ross and Jim Cornette to be watching backstage in Beyond The Mat but highlighted how green Ortiz still is. Fans were applauding Swagger afterwards so good for him.)

MVP talks to Teddy Long backstage and he’s so low in the company he’s wearing the upcoming PPV shirt. He may as well be wearing an albatross around his neck. Teddy mocks MVP not getting any of those cool incentives he was supposed to get on Smackdown years ago so MVP vows to win the ECW Title tonight instead.

Commentators discuss Obama’s swearing in as President soon to which Striker responds ”I’ll be swearing on that day too.” Hopefully Obama won’t affect Striker’s commentary too much as zero minus zero is still zero. Anyway, Finlay is here to talk about how important his family is and he tells Mark Henry to leave his son alone and pick on him. But…Hornswoggle is the one interfering in the matches? Henry brings up Finlay using his stick every time they wrestle and I have no idea who the bad guy is supposed to be here. Henry threatens to attack Hornswoggle unless he accepts his challenge for a tag match between Henry/Atlas and Finlay/Hornswoggle. Finlay doesn’t want it as Horny isn’t a fighter but Hornswoggle goes ”aahh ahha ahhhhh” so Fit accepts. Hopefully that’ll be the end of this time-killing feud, Finlay is horrible as a supposed good guy and he makes Ortiz look like Barry Horowitz 1995 by comparison. 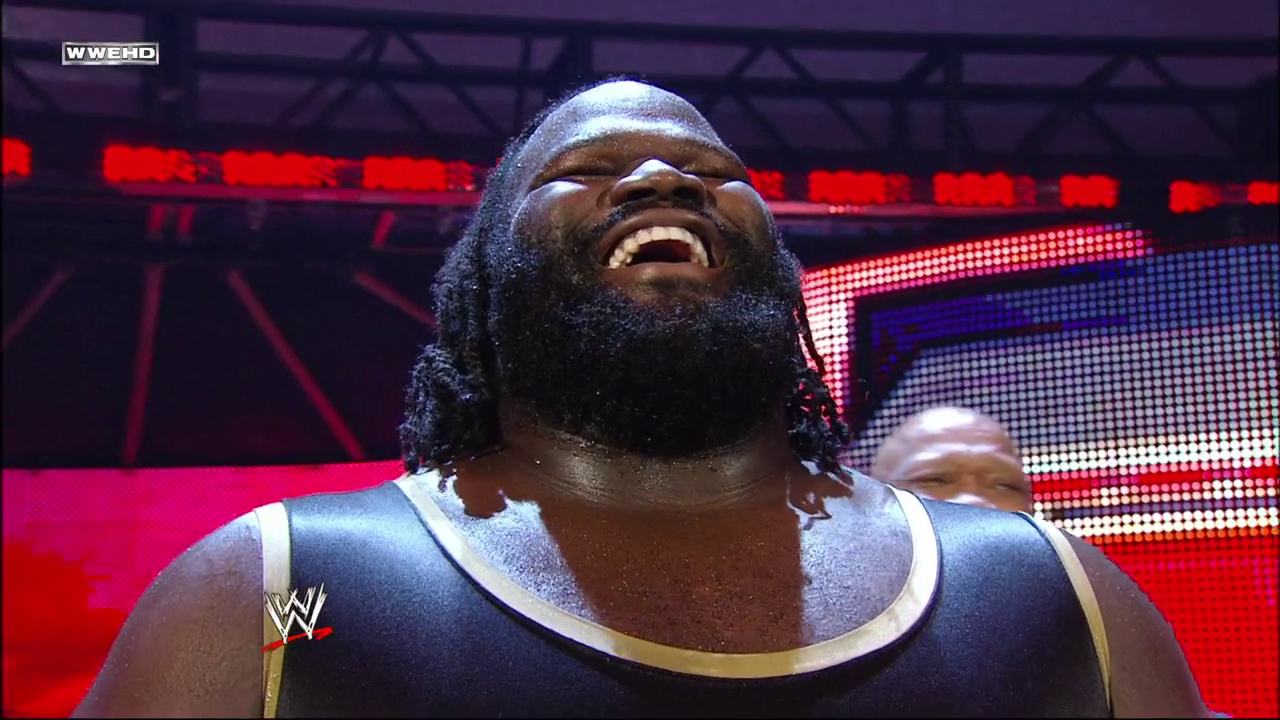 Alicia and DJ dance to silence. There was music too but you couldn’t hear it for the silence. Striker gives a nice shout-out to his 3PW alumni Daniels but the rest is the DJ Gabriel special: ”Boring” chants, giant swing, ”you can’t wrestle” chants, elbow off the second rope.

Winner: DJ Gabriel (Gabriel has a great body but has all the charisma of a train ticket collector.) 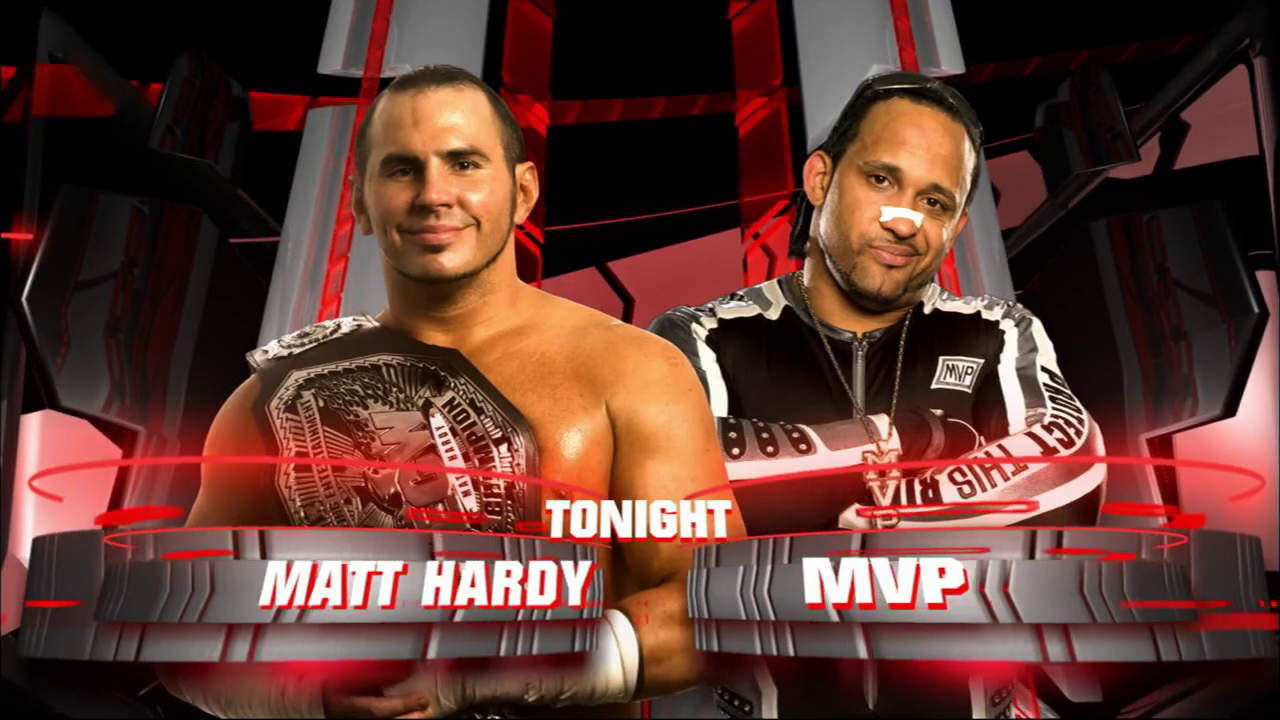 The commentators take a collective shit all over MVP on his way to the ring, pointing out his losing streak and the lack of pyro due to him needing to cut costs or he’s liable to pay Smackdown back for their investment. You’d think from this burial he’d be on the way out but he’d stick around until 2010. At least they mention the history of Hardy and MVP before immediately reminding us MVP hasn’t won in three months. What did he do, tweet something positive about Obama? Hammerlocks are exchanged until a quick Side Effect nearly wins it early. MVP goes for a breather outside but Matt throws him back in and gets a two-count from the elbow off the second. MVP continues to suck as he has a strop outside and when we return from break he’s still getting thrashed while Striker reminds us of when Holyfield punked him out on TV. I’m not usually someone who uses the term ”buried” but if you have a better term for this I’d like to hear it. MVP finally gets some momentum from a stun-gun but his offence is all light-grapple SD vs Raw shit so crowd is too busy looking for their ticket receipts to make noise. Hardy makes a tepid come back with a second-rope leg-drop but runs right into a Yakuza Kick. MVP easily counters the Playmaker into the Twist Of Fate to end it.

Winner: Matt Hardy (Never mind ”didn’t get out of second gear,” this match didn’t get out of reverse. Hardy usually brings the excitement and crowd love but all the Blue Chew in the world couldn’t upright MVP.)

Overall: Completely skippable this week unless you want to see why people were calling Swagger a future star ten years ago.

I’ve been Maffew, follow me on Twitter, watch the Cultaholic 2018 Awards, read my best games (that I played) in 2018 on Giant Bomb and go watch Botch Club on WWE Network.