We’re in the ”United Kingdom” according to the graphic but I can confirm it’s the Manchester MEN Arena because I was at this show! Think it was my first live WWE show, naturally I went by myself because it was a wrestling show in 2008 and I nearly got into a fight with a bored dad who took exception to my vintage WCW shirt and got his son to call me a loser. He was right, but fuck him anyway.

I can’t watch a Cryme Tyme match in the UK without mentioning their attempt at changing their ”Money Money (yeah yeah)” to ”Euros Euros (yeah yeah)” to massive boos because the UK and Europe have the FaceBook ”it’s complicated” relationship.

That aside, I have no idea why Cryme Tyme are still on ECW after Cyber Sunday. Oh wait it’s a European tour and they’re saving money (yeah yeah). Tommy wants Swagger but Jack tags to Miz who immediately gets beat up. Striker compares Tyme & Dreamer to Public Enemy & Anthrax’s crossover so Todd decides to bring the (white) noise with ”this team is more cocky than a rooster farm.” Swagger shrugs away some JTG dropkicks before having a decent exchange with Shad which sees him clearing the ring. If you never saw Shad, imagine Big Cass with cornrows and you’re nearly there. Back from adverts (or commercials as JTG was told to say) and Morrison is chinlocking JTG. Striker says Morrison & Miz are mad at Proposition 8/civil unions getting rejected and adds ”at least our voters got one thing right huh?” Bloody hell Striker, 1999 Sunday Night Heat has aged better than you. JTG gets beat up by Swagger who the crowd abuses with ”WHO ARE YA?” Crowd is loud because it’s the UK and there’s close to 15,000 here. Dreamer makes the hot tag and dismantles Morrison & Miz with power moves until it all breaks down and Swagger gives Shad the Doctor Bomb but falls into a Dreamer DDT. Morrison gets Moonlight Drive and that’s your lot.

Winners: John Morrison, The Miz & Jack Swagger (Paint-by numbers six-man that the crowd made a lot of noise for. Not much was made about Dreamer hitting his finish on Swagger though.)

Wrestlemania XXV tickets went live and fans talk about how hard it is to get tickets. Oh just wait until you try booking them via Ticketmaster at the same time as a thousand other cunts.

Todd says Finlay is getting a title shot in his ”back-yard” because we’re in Manchester and let’s move on. 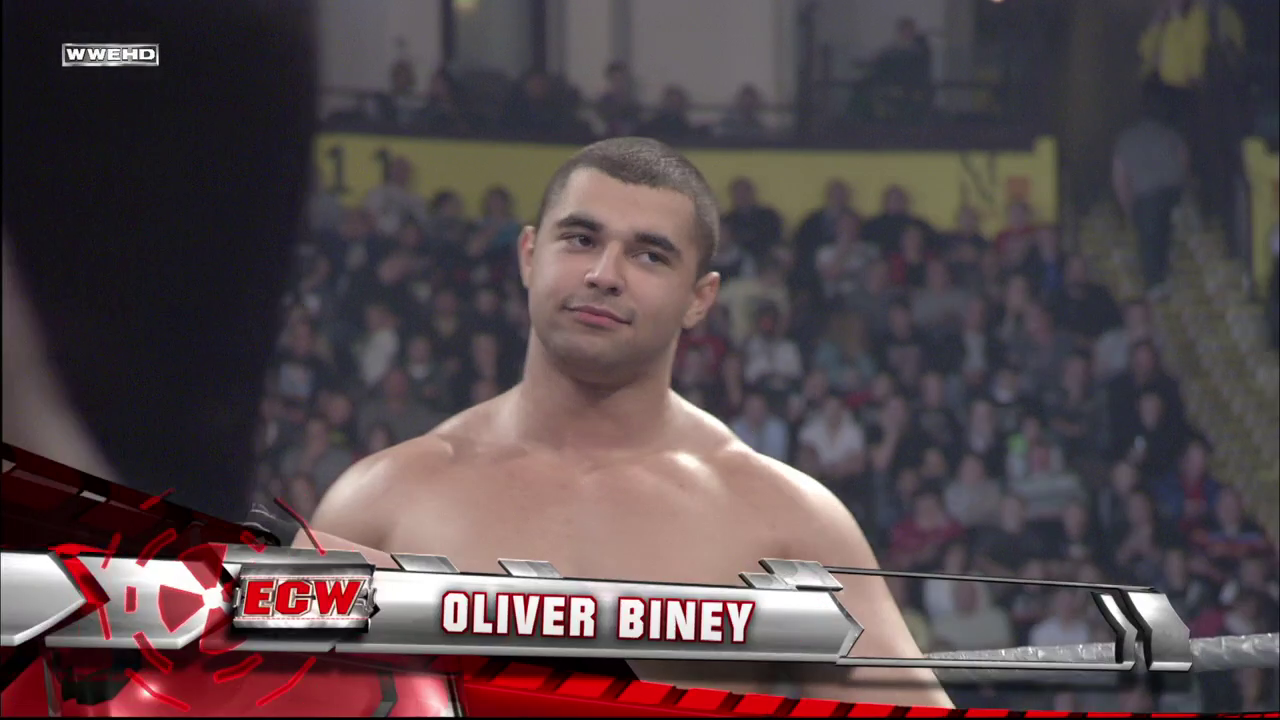 A young Rampage Brown making an appearance! He looks normal-sized next to Henry and gets no offence before losing to the World’s Strongest Slam.

This was five years away from being a dream match. Todd asks Mark who he thinks is going to win the main event tonight, he breathes heavy and walks away smiling (Henry, not Todd).

Raw was filmed after this show, the one with Regal pinning Santino to win the IC Title (and sadly ending the Honky-Tonk-A-Mountie-Meter way too early), Mike Knox pinning D’Lo Brown in a dark match (D’Lo was over as much as he was in 2000, no idea why he didn’t make it to TV) and HBK losing to Jericho after JBL attacked Michaels to give us The Wrestler remake. 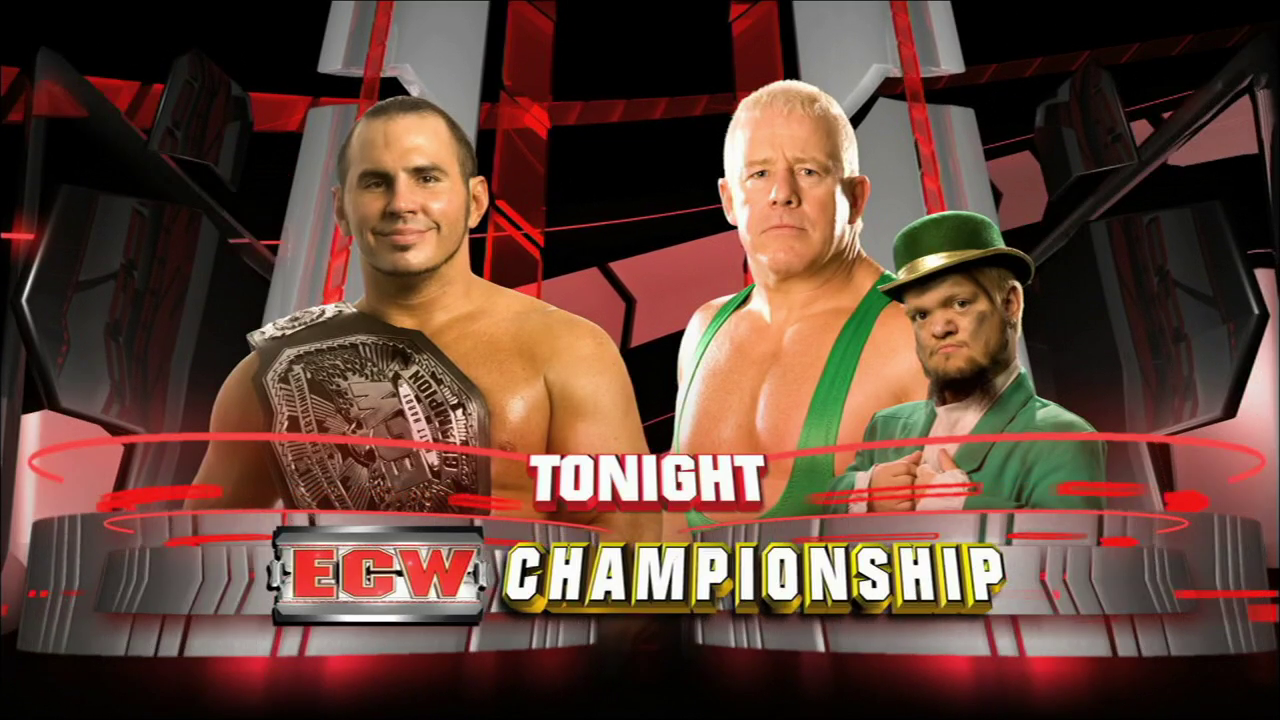 Big match intros as the commentators wonder if Finlay gets nervous, presumably because he’s in his hometown of Manchester. Big lock-up/test of strength to begin, Finlay gets a polite crowd response but Matt is so very very over here it’s not even fair. They engage in upper-body mat wrestling which is easily won by Finlay who also throws European Uppercuts (Todd: ”we’re in Europe!”) until Matt has enough and launches him outside. Finlay loved eating shit on the outside during this time. We go to break (and miss out a good portion of the match) as Finlay is pounding the piss out of Matt. Striker breaks out the Otto Wanz reference years before JBL ran it into the ground just like Finlay runs Matt into the ground with a Vader Bomb. Fit continues to angrily beat Hardy up like WALTER on a rainy day and he’s forgotten a coat. Striker points out he’s using more strikes than moves and Matt gets a quick Side Effect to stop the tide for a while. Matt hits another but Finlay doesn’t care about pain so he rolls Matt up for two. Matt tries the Twist Of Fate but it’s countered into a backslide for a very close two and crowd are making the ”ooooos” now. Fit gets another two from an Earthquake Splash, however Matt attempts the Twist of Fate again but Fit gets a beautiful Rolling Hills for two.

Even Todd calling it the Celtic Cross couldn’t ruin that near-fall. Finlay tries for another Vader Bomb (and he’s moving around like a motherfucker) but Matt grabs him and coverts it into an Alabama Slamma roll-up for another two. Crowd’s rabid now and as Matt goes for a moonsault he gets fucking BOOED and it only gets two due to lack of faith. Matt counters an Irish Whip into the corner but he walks up it and collides head-first with a charging Hardy. As both fall down, Fit gets barely-a-cover but Matt manages to get his foot on the rope. As Finlay picks him up, Matt turns it into a Twist of Fate OUTTA NOWHERE to finally end it.

Winner and still ECW Champion: Matt Hardy (This was a hell of a match for the time especially with the zero expectations I had (I was barely paying attention to the show) and for years I bragged I got to see the whole match live because it’s still one of the best ECW on Sci-Fi matches of the year but the advert gutted it as half the appeal was it going twenty minutes, showcasing the long main event story-based mat offence title matches we’d get next year. So it’s worth a watch to see Finlay go 50mph for twenty minutes but dammit it was so much better live.)

Post-match both men hug and there’s a lot of people standing to show their appreciation. And you can’t see me because I was in the balcony seats, yeah!

Overall: One match show but it was a damn good one so it’s an easy recommend here and I’ve got nothing interesting to add so here’s fellow crazy old guy PCO crashing and burning.