We’re in Laredo, Texas for a shorter-than-normal episode because of reasons.

Matt Hardy is here and his potential challengers at this week’s Cyber Sunday are Mark Henry, Matt Sydal and Finlay. Matt puts over the other two then talks more about Henry and how he’s sure the WWE Universe isn’t going to vote him in as they hate his guts but he’d love to wrestle him one more time HINT HINT. Finlay and Bourne both come out to ask for title shots and Finlay’s on his game tonight, telling Bourne there’s height restrictions on this ride and calling him Bourneswoggle. Henry interrupts:”Don’t go beating yourselves up, let me do that!” Henry says he’s going to dominate the main event tonight as well as everyone in the crowd doing the WHAT chants. Crowd love that so Henry has to give them a discerning look. Basic segment with some fun lines, nice seeing Finlay still trying to be jovial but not realising he’s scary as fuck. 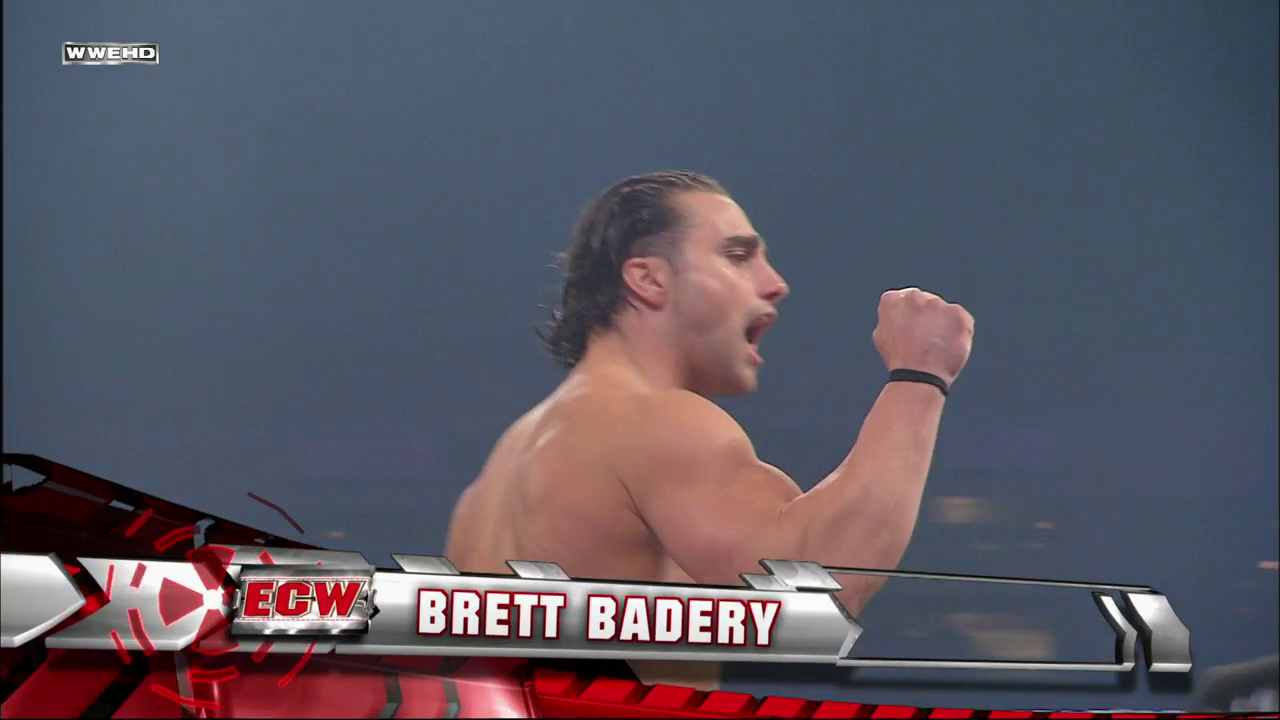 Swagger has his gear, the first version of his theme (no lyrics) and the chest-thumping so we’re nearly there. Badery is Texas indie guy Brett Thunder who competed in ACW and FIP and that’s it. Another Swagger slaughter that’s all offence until the Doctor Bomb quickly finishes.

Todd Grisham asks Swagger about his thoughts on Tommy Dreamer. ”Tommy Who?” replies Swagger before leaving.

The Miz & John Morrison get interviewed backstage to remind people to vote for them for the World Tag Team title shot at Cyber Sunday. No wait, they were asking them to vote for a match against Cryme Tyme but they’re not champs? Gimme a second.

OK so instead of voting for a team to wrestle the champs, this year you got to vote for specific matches, which were:

-John Morrison and The Miz vs. Cryme Tyme
-Cody Rhodes and Ted DiBiase vs. CM Punk and Kofi Kingston (for the World Tag Team Championship)
-Jamie Noble and Mickie James vs. Layla and William Regal

That is bizarre. And of course, the Miz & Morrison match won the vote so CM Punk didn’t show up on the PPV despite being on the poster.

Shad Gaspard vs. The Miz

Shad bounces Miz around and makes a mess of a flapjack/body drop (it was hard to tell) so Miz lets Shad do moves that don’t require thought so he doesn’t get injured. Miz pulls the ropes and Shad ends up outside so Miz collides with a baseball slide as Striker says ”pass the dutchie on the left hand side” because it’s been five minutes since he’s had attention. Miz armbars Shad until he gets his wind back and can resume his striking and shoulder tackles. Morrison attempts to distract the ref but this results in JTG sneak attacking Miz leading Shad to hit a spinebuster for two. Morrison has had enough and kicks Shad in front of the ref for an abrupt end.

Winner via DQ: Shad (Shad was greener than March 17th and God knows how they won the vote for Cyber Sunday. Oh wait, Miz & Morrison were part of the vote.)

Backstage Hornswoggle is trick and treating until Teddy Long shows up as Shaft. 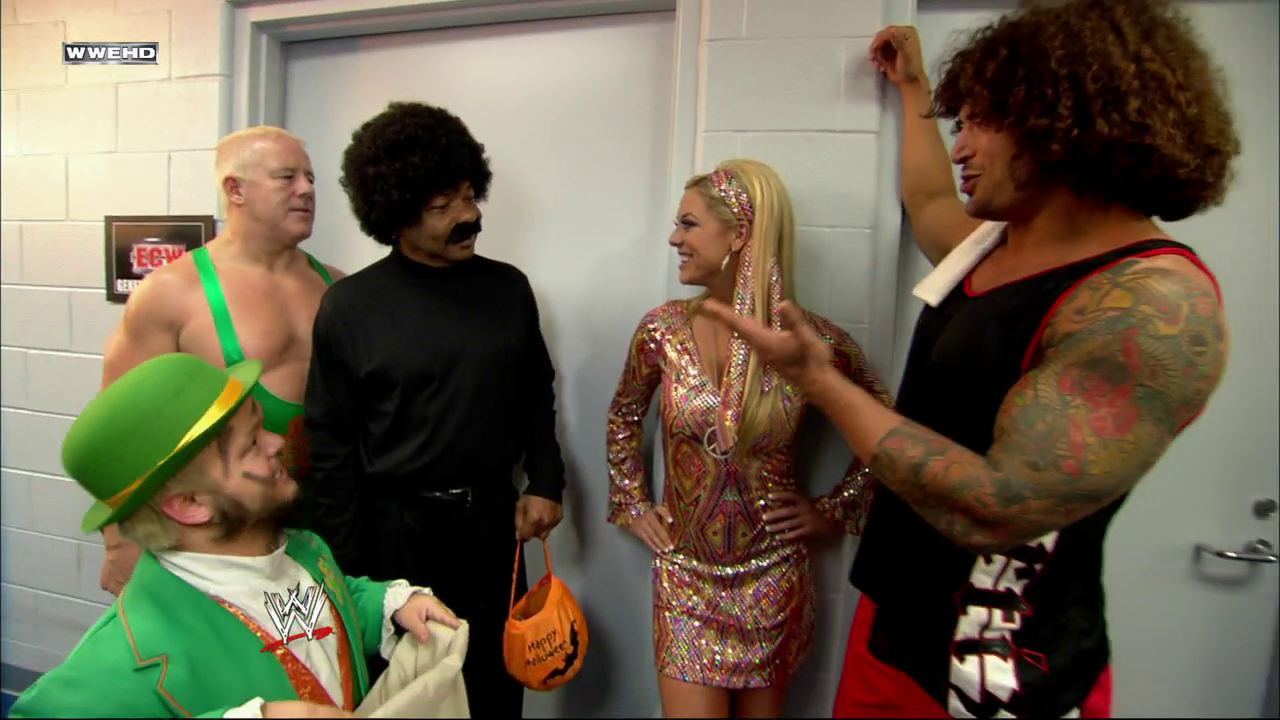 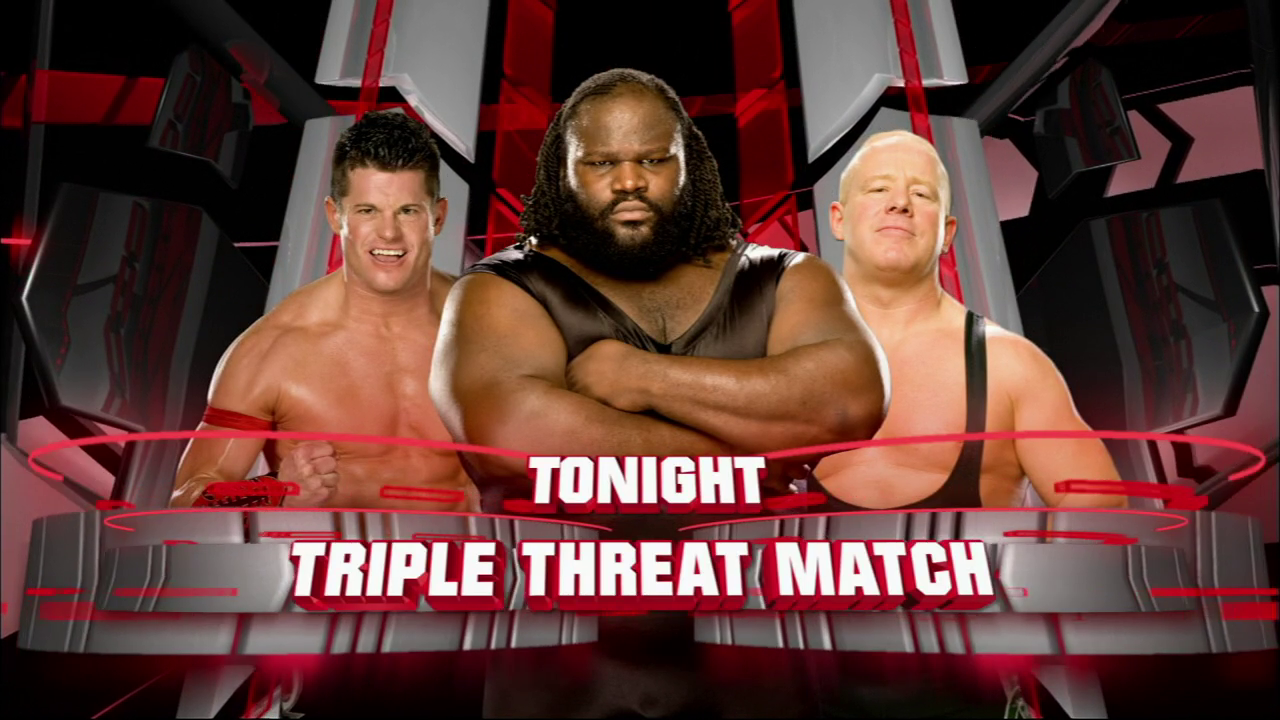 Might as well have Atlas put up bunting around the ring saying MARK HENRY IS WINNING, VOTE FOR HIM. Finlay and Bourne attempt to double-team Henry but that goes as well as you’d expect and Bourne gets driven into Finlay. Finlay attempts a crossbody but Henry casually slams him because he’s the best. Henry misses a charge and ends up outside to take a breather so Finlay takes it to Bourne with European Uppercuts. Bourne manages to Frankensteiner Finlay into Henry’s head and only gets two. It was nearly three as both Finlay and Henry thought the other one was going to break it up. Henry gets back in the ring and Bourne attempts a Frankensteiner but Henry shoves him and turns into a moonsault pin on Finlay.

Henry breaks it up but that would have been a sweet finish. Henry clotheslines them both down as we go to break? Not when it’s just picking up!

Henry ”putting the pain in campaign” nerve holds Finlay until Bourne feels brave. Getting beat up allows Finlay to connect with the Earthquake Butt Drop and shove Henry out the ring leaving him attempting to pin Bourne before Henry wakes up. Finlay appears hurt so he can’t capitalise on his slams but just as Finlay gets the Roll, Henry breaks the pin and the fans boo the hell out of him. Finlay attempts a Crucifix and Bourne helps with a crossbody, but Henry simply slams them both.

Henry misses a charge (lots of that on this show) and Finlay gets a rough DDT as he appears to be injured for real-real. Match slows down until Tony Atlas shoves Hornswoggle in the ring for Henry to kill him. Finlay gets the chop block and cracks Henry with the shillelagh but Bourne takes him out with a Meteora and then pins Henry with a Shooting Star Press.

Winner: Evan Bourne (Well, don’t ask me for lottery numbers. Tons of fun here with Bourne & Finlay only having the chance of winning if they double-teamed Henry but neither had a chance in a singles confrontation with him because he’s THE BEST. Bourne’s agility was showcased wonderfully here and his offence finally getting highlighted as much as his bumping ability was a great surprise. A quick check reveals he won the vote at Cyber Sunday too so good times.)

Overall: Main event was worth a watch, skip everything else and then get ready for next week’s mercy killing of the last Cyber Sunday PPV.

I’ve been Maffew and here’s a plug to Cultaholic so you can all see how ugly I am.