We’re in Wilkes-Barre and Tiffany introduces the show to…introduce Teddy Long. Long announces that they will be following in the steps of Raw & Smackdown and the ECW Title match at Unforgiven will now be a Scramble Match. Hilariously, Teddy tells us he isn’t going to try to explain the rules but encourages us to check out WWE dot com instead. Given Teddy’s track record with describing things more complicated than ”get pinned, lose” that’s for the best. Here you go Tedders: 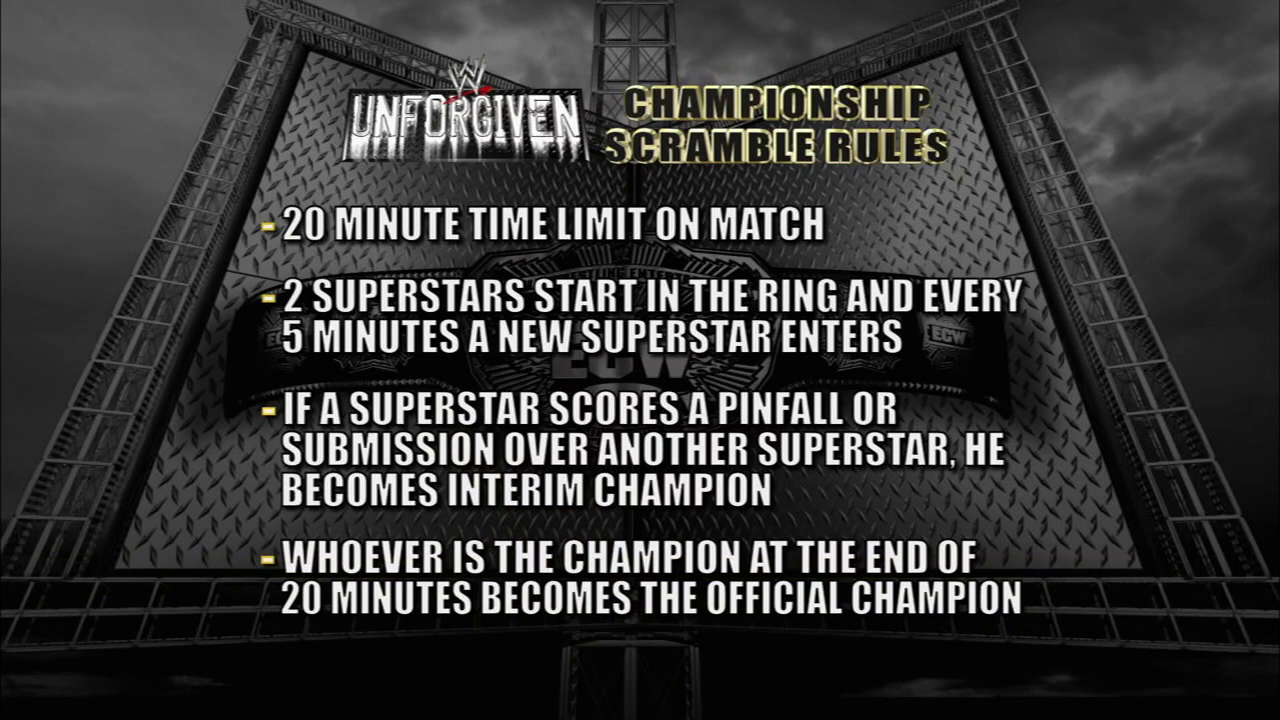 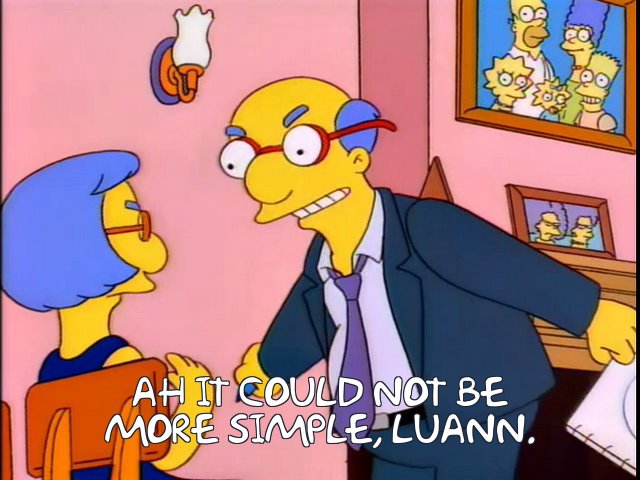 Nothing sums up this era’s Snazzy Trousers Look like these two. 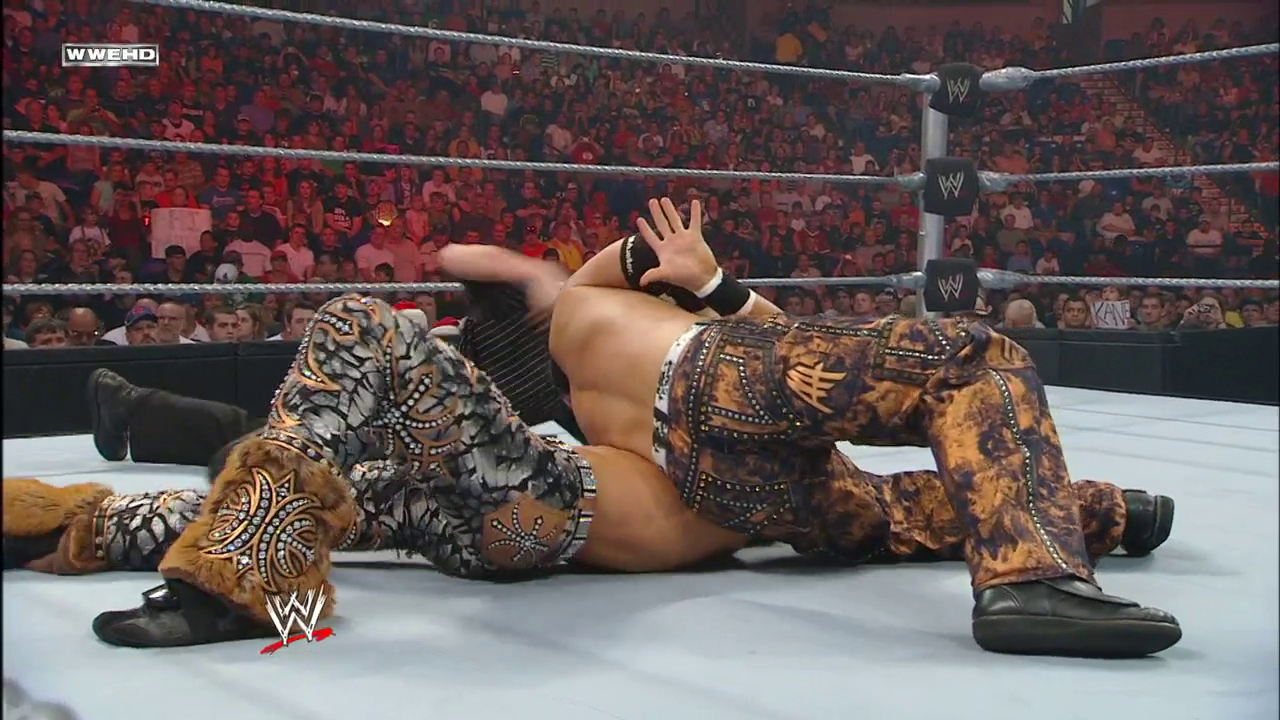 Striker calls him ”JoMo” which was an online nick-name causing some to freak out at the idea of someone working for WWE potentially lurking on 420chan. Morrison attempts a springboard but gets punched to the outside in a simple counter. JoMo immediately regains the advantage and applies the chinlock so the chants can kick in. Sexy neckbreaker gets two but MoJo misses Starship Pain and Matt gets two from a slingshot powerbomb. Side Effect only gets two (with Striker mentioning the match that actually won it a few weeks ago) and Matt gets dumped outside as we go to break even though that felt like the end of the match. When we return, MoJoJoJo continues to pound away, drag Matt outside and continue the chinlocks as this match is weirdly paced. Matt powers out and gets near-falls from a bulldog and axe-handle and the crowd reaction is typically nuts for someone with the surname Hardy. Morrison nearly gets a win with a Dirty Pin but the ref sees it. After more pin-fall attempts, Morrison counters a Splash Mountain with a springboard kick for a close near-fall as the commentators talk about JoMosBizarreAdventure’s new aggressive streak. Both men hit each other with clotheslines at the same time but Matt recovers first and wins the match with a Twist Of Fate.

Winner & Advancing To Unforgiven Scramble Match: Matt Hardy (Crowd was hot and there were plenty of high-spots but Morrison was still learning how to put a singles match together that meant something other than ”something something springboard.” Or maybe I’m being overly-critical, the kids really love Matt as evidenced by last week’s title match so fuck do I know.)

Backstage, Mark Henry vents at Teddy Long for the match stipulation which gives them a chance to explain a Scramble Match does not benefit the champion. Rules aren’t mentioned.

RAW RECAP: GM Mike Adamle (yeah I know, I know) plays clips of Cena getting a herniated disc after taking a Batista Bomb at Summerslam because everything else went wrong in the build-up to the match so the aftermath may as well suck too. As a result,Rey Mysterio is taking his place at Unforgiven in the Raw Scramble Match.

Bourne gets a near-fall early with a Sunset Flip and shows off his cool kick counters. They exchange smooth pin counters but the crowd seems burned out from the previous match. Bourne flies around some more with dropkicks and headscissors as the crowd gets a bit more into it until Miz dumps him outside. Miz decides to rest with an armlock as Striker diplomatically calls it an ”interesting hold” when you’d figure he’d go for a leg-lock or something. Miz realises he’s being talked about and fearing another month of dressing outside the locker room, he grounds Bourne with a bodyscissors. Bourne covers up so Miz can’t twat him which would be cool if it wasn’t in front of a crowd who only care about Bourne when he’s flipping. Bourne escapes and gets a near-fall from a Frankensteiner before countering Mizard Of Oz into a standing moonsault. Bourne attempts a Top Rope Frankensteiner but OH MAN it’s easier to GIF than to type:

Winner & Advancing To Unforgiven Scramble Match: The Miz (Bit of a mistake having this follow Morrison vs. Hardy as the expected love for Bourne never showed up. Which was a shame, he was smoother than peanut butter.)

Tommy has cut down to 250lbs. Striker: ”Last time he weighed that was 9th grade.” Chavo punches away until applying an Ab Stretch so the crowd can ”ECDUB” themselves until Dreamer unleashes his basic-arse move-set (bulldog, scoop slam) to Extreme cheers. Chavo attempts to go up top but Dreamer turns it into a no-longer-gasping Tree Of Woe. Neely gets on the apron so Chavo dropkicks Dreamer into him and finishes with the Frog Splash.

Winner & Advancing To Unforgiven Scramble Match: Chavo Guerrero (Basic but effective match and I approve of Neely being used as an inanimate object.)

Josh Mathews is encouraging us all to SMACKDOWN YOUR VOTE with Candice and Batista while at the Democrat Party Centre. Well that diplomacy would change in a few years. 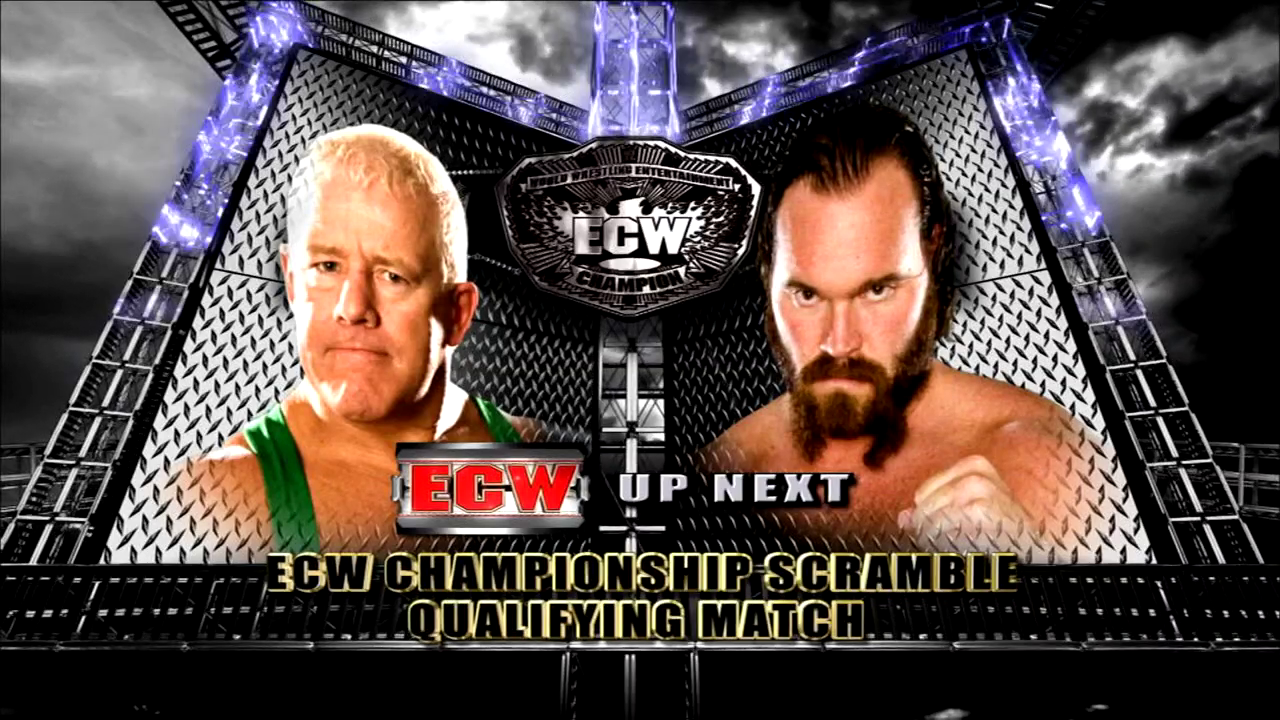 This one has been building for a while now: Knox accused Finlay of turning soft because he dances with Hornswoggle so Finlay brawled with Knox to prove that isn’t the case. Last week, Knox cost Finlay his shot in the Smackdown Scramble and kicked the smile off of him for good measure, so this is the most excited I’ve ever been for a Knox match.

Heavy jostling as Striker says ”Knox has been flip-flopping like Obama if he wants to fight or not” as I’m reminded of his apology-inducing Triplemania commentary. Knox smashes Finlay down with a shoulderblock and Fit retreats to rub the pain away. Fit launches Knox outside the ring but Knox recovers quicker than Fit and splats him into the side of the ring. He gets distracted by Horny so his clothesline hits nothing but ring-post. When we return from break, Finlay is working over Knox’s damaged arm with hammerlocks and stomps as Striker name-drops Tony St. Clair. He drags Knox all the way out the ring so he can swat it on the outside and this has been like UWFi compared to the rest of the show. Knox appears to take a breather outside but when Finlay pursues him he delivers a quick bodyslam on the floor. Knox applies a chinlock and when Finlay powers out he immediately clotheslines the shite out of him for two.

Knox chinlocks him again with a knee in the back for good measure and when Finlay escapes again, Knox dunks him into the ringpost. Knox takes a second to mock Hornswoggle and rip his jacket off which is like gently touching Miss Elizabeth’s shoulder so Finlay rages.

Back in, Finlay attempts Emerald Fusion but Knox gets a big boot for two. Knox tries to remove the turnbuckle pad so Finlay grabs the shillelagh but Knox cuts him off before he can use it. ”You magnificent bastard Finlay I READ YOUR BOOK.” Ref stops Knox from using it and while he’s admonishing him for it, Finlay uses a SECOND shillelagh to K.O. Knox for the pin.

Winner & Advancing To Unforgiven Scramble Match: Finlay (Big dirty fucking heated hoss battle that I loved the hell out of. Knox looked so good here following Finlay’s lead that I was half-sad he didn’t win because this was easily the best thing he’s been involved with since he gave Kelly Kelly his finisher.)

Post-match, Finlay and Hornswoggle dance with some kids to prove Finlay can be as silly as he wants to be because he’s a hard cunt. Here’s your ECW Scramble Match for Unforgiven: 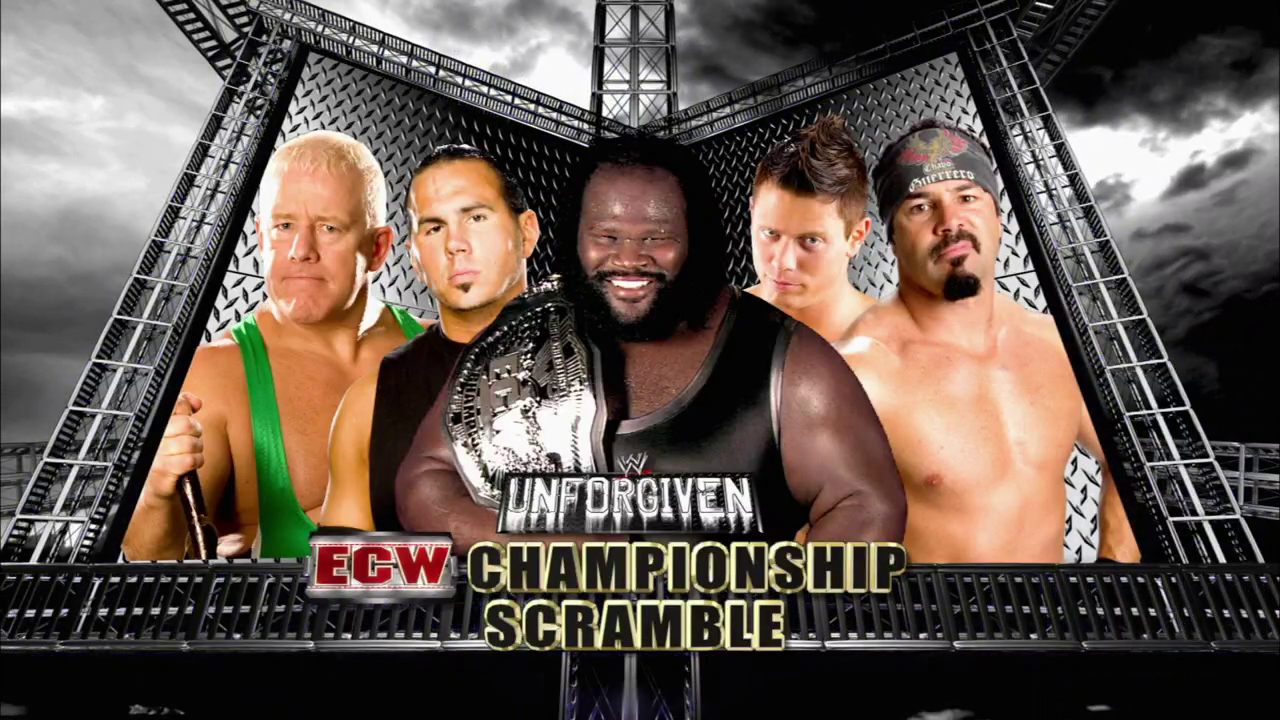 Overall: This was all about the in-ring action this week and it nearly all delivered so it was another good week. Only negative is knowing we have another week of people attempting to explain the Scramble Rules and so far only Striker seems confident. I guess having fifty year olds attempting to explain the rules of Halo Oddball was doomed to fail.

I’ve been Maffew and you can follow me on Twitter because it’s the only thing I’ve done these past few weeks due to being busy moving house.