Can the Beverlies upset the champs? Will Ramon get by Virgil? Does Bartlett survive the episode? Let’s find out!

To open the show, the tag champs cut a promo on the Beverly Brothers.

To rebut, the Beverlies are prepared to cash in on their opportunity. 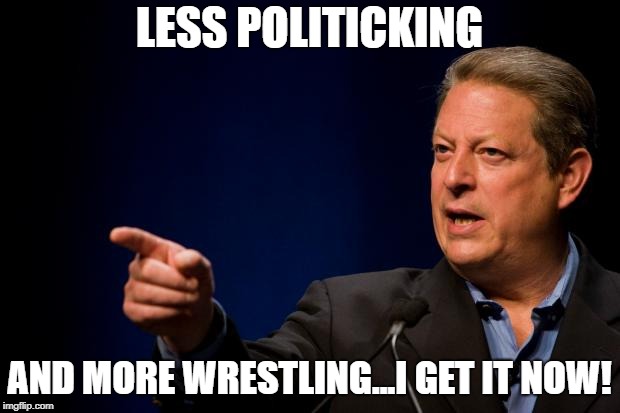 In a pre-taped interview, Luna cut a promo on Sensational Sherri. We then witness the never-before-seen attack at the first aid station during WrestleMania IX. Afterward, we revisit last week’s episode when Sherri and Luna battled, but no footage of ripped clothing was shown. Powerful, if not insane, promo. 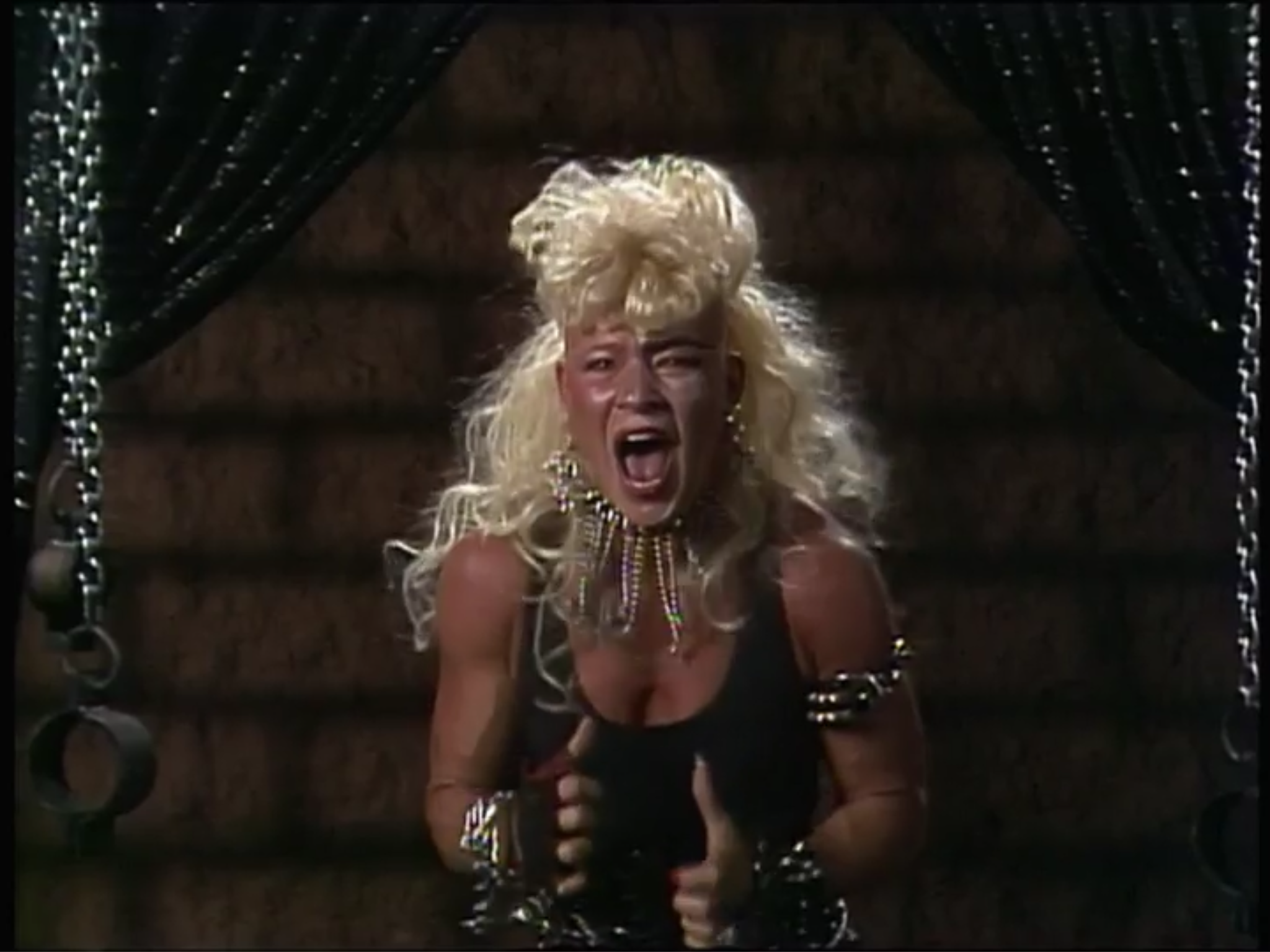 Summary: These teams were capable of so much more, but they relied on tag team hijinks and formula to generate something where the Poughkeepsie faithful felt popcorn sounded like a better idea.

In the ring, Vince interviews Bret “Hitman” Hart who feels that he’s “almost always being the underdog.” Bret then states that he has more to add to his WWF resumé and provides a “hit list” with the “Narcissist” Lex Luger at the top. We then revisit the WrestleMania IX brunch where Luger CLOCKED Bret from behind. He then urges WWF President Jack Tunney to investigate Luger’s questionable elbow yet will prove himself to the rest of the WWF. 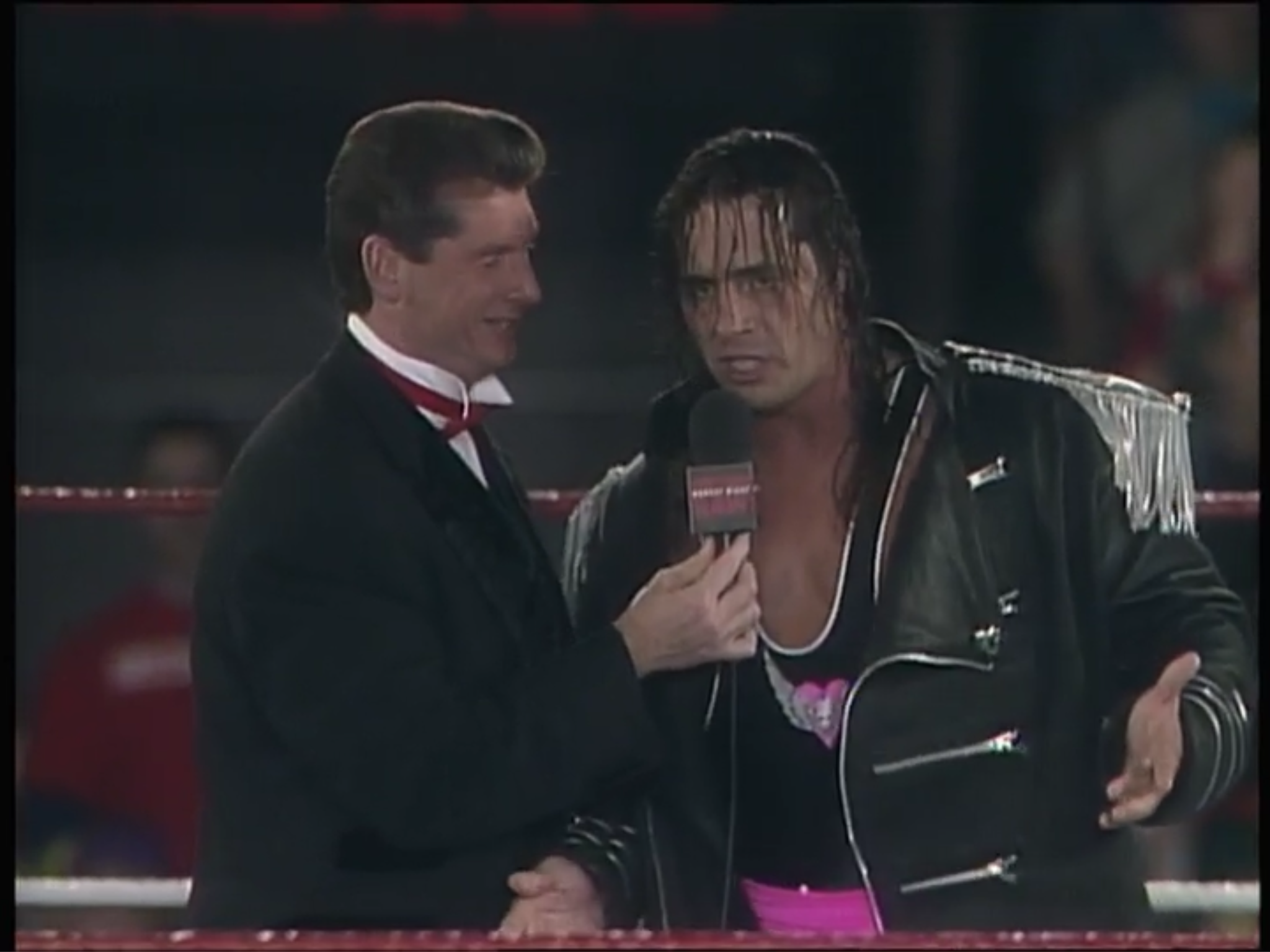 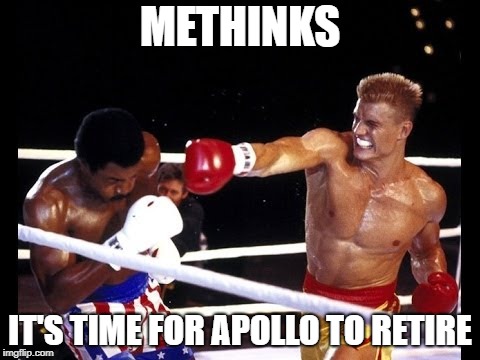 After the match, Bigelow remounts the top turnbuckle and delivers another diving head butt. Suddenly, Friar Ferguson comes to the ring to rescue Apollo. Bigelow tries to continue his assault of Apollo, but Ferguson takes exception and dropkicks Bigelow out of the ring.

Conclusion: Unlike last week, Bartlett didn’t earn his pay for his unique commentary. This was Bartlett’s final WWF appearance. Let’s hope he doesn’t end up in court defending any important clients.