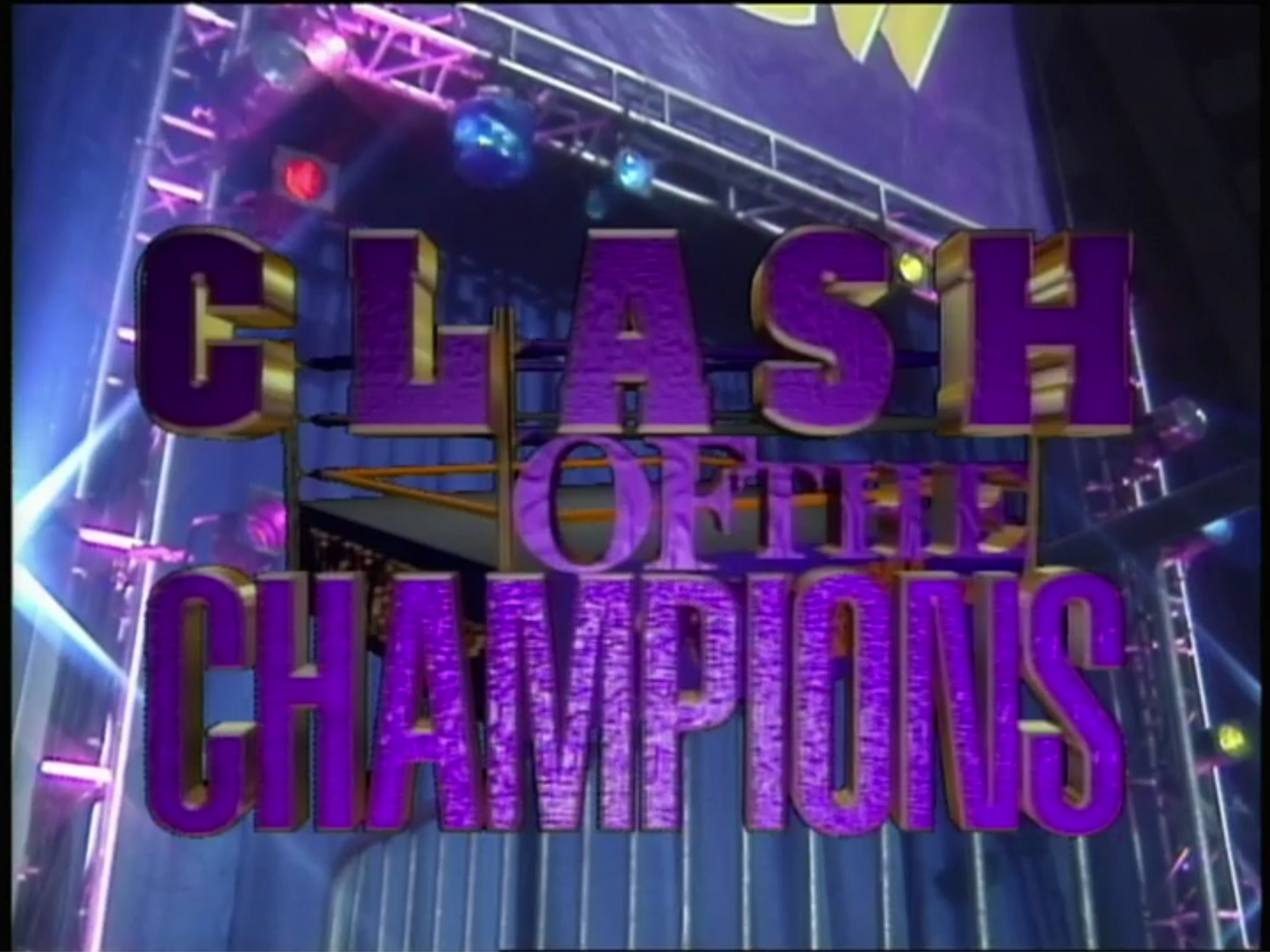 Earlier today, Uncle Paul gets on the scale and weighs 188lbs. When Madusa got on the scale, Uncle Paul tried to screw with her only for another tussle to occur. Devious!

From the blue locker room, Tony Schiavone interviews WCW Executive Vice-President “Cowboy” Bill Watts who welcomes us to the show.

From the red locker room, Teddy Long interviews Michael “P.S.” Hayes who despises Erik Watts to the CORE. According to Long, Pillman has suffered a knee injury.

At ringside, Ventura interviews Pillman who shows contrition until Armstrong interrupts. When PIllman apologizes to him, he WHACKS Armstrong’s previously injured knee with the crutch. How dastardly!

Summary: Good continuity from the previous Clash, but I would have rather seen a match than an angle.

After a commercial break, we recap the Uncle Paul-Madusa feud. First, the verbal followed by physical beatdown from Halloween Havoc ’92 is shown. We then see Madusa train and cut a promo on Uncle Paul. We then revisit WCW Saturday Night when Uncle Paul held a public workout against Mike Thor (aired 11/14, taped 11/11).

We then see Uncle Paul confront Madusa, but the Dangerous Alliance wrestlers leave his side while he won’t leave well enough alone. When he finally realizes he’s alone, Madusa chases Uncle Paul out of the arena.

Summary: Watts didn’t look totally lost out there, but there were times when his timing was completely off. It appears that Big Daddy Watts wants his boy to follow the same path as Dustin Rhodes. To Erik Watts’ credit, the freebie crowd ate this match up with a spoon.

Back in the blue locker room, Schiavone interviews Badd with Long. We then revisit WCW Saturday Night when Flamingo knocked out Badd with a roll of coins (aired 11/7, taped 11/2).

Back in the red locker room, Schiavone interviews Flamingo along with Vinnie Vegas and DDP. Vegas cuts a hilarious promo with a phony Italian accent while name-dropping numerous boxers past and present. Also, a Don King lookalike sits with his back to the camera psyching up Flamingo.

Between rounds, DDP and Vegas poured water into Flamingo’s glove to weigh it down. Clever!

Summary: Hokey faux-boxing that entertained the kids in the audience. I’ll credit the heels for a very sinister ploy to win.

Ross then shills Starrcade 92: BattleBowl which will be LIVE on PPV on 12/28. Order NOW!

Video airs showcasing the BattleBowl concept from Starrcade ’91. Interestingly, both Abdullah the Butcher and the Diamond Studd are shown. Neither wrestler currently works for WCW.

When we return to Macon, Ventura and Missy Hyatt reveal the first four contestants in BattleBowl. First, Cactus Jack’s name gets called. Next, Badd will be his partner. Opposing them will be “Dangerous” Dan Spivey and ‘Heavy Metal” Van Hammer. Wow! I’m so exciting! I’m headed to the ticket window now, ‘cuz I can’t wait to see this!

Call NOW to get “the greatest wrestling album ever”–Slam Jam 1.

Summary: Exciting match thanks to Scorpio who wowed the Macon faithful with his high-flying. During the match, neither Ross nor Ventura could name the newcomer.

After the match, Ventura interviews Simmons and Scorpio. Simmons cuts a promo and introduces Scorpio. 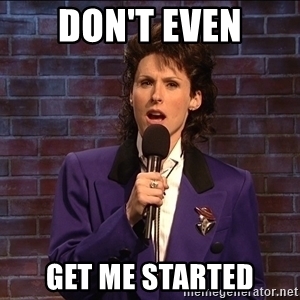 From the red locker room, Schiavone interviews Rude who cuts a promo on Sting.

Next, an update on the ongoing Jesse Ventura Invitational Strongest Arm Tournament is shown. In the first quarterfinal, Simmons beat Austin. In the second, Barbarian defeated Arn Anderson. 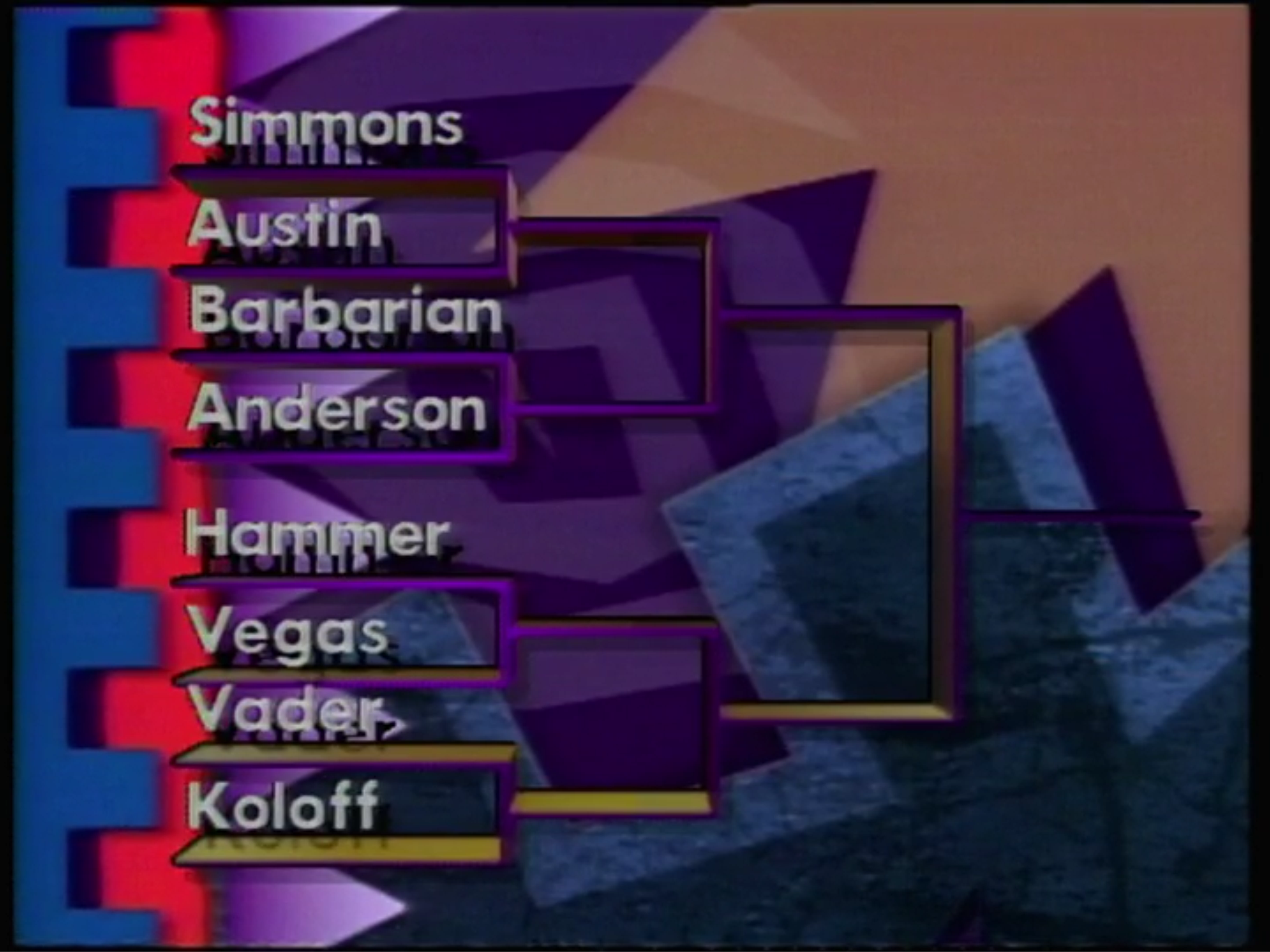 Back in the red locker room, Hayes interviews Uncle Paul who cuts a final promo on Madusa. 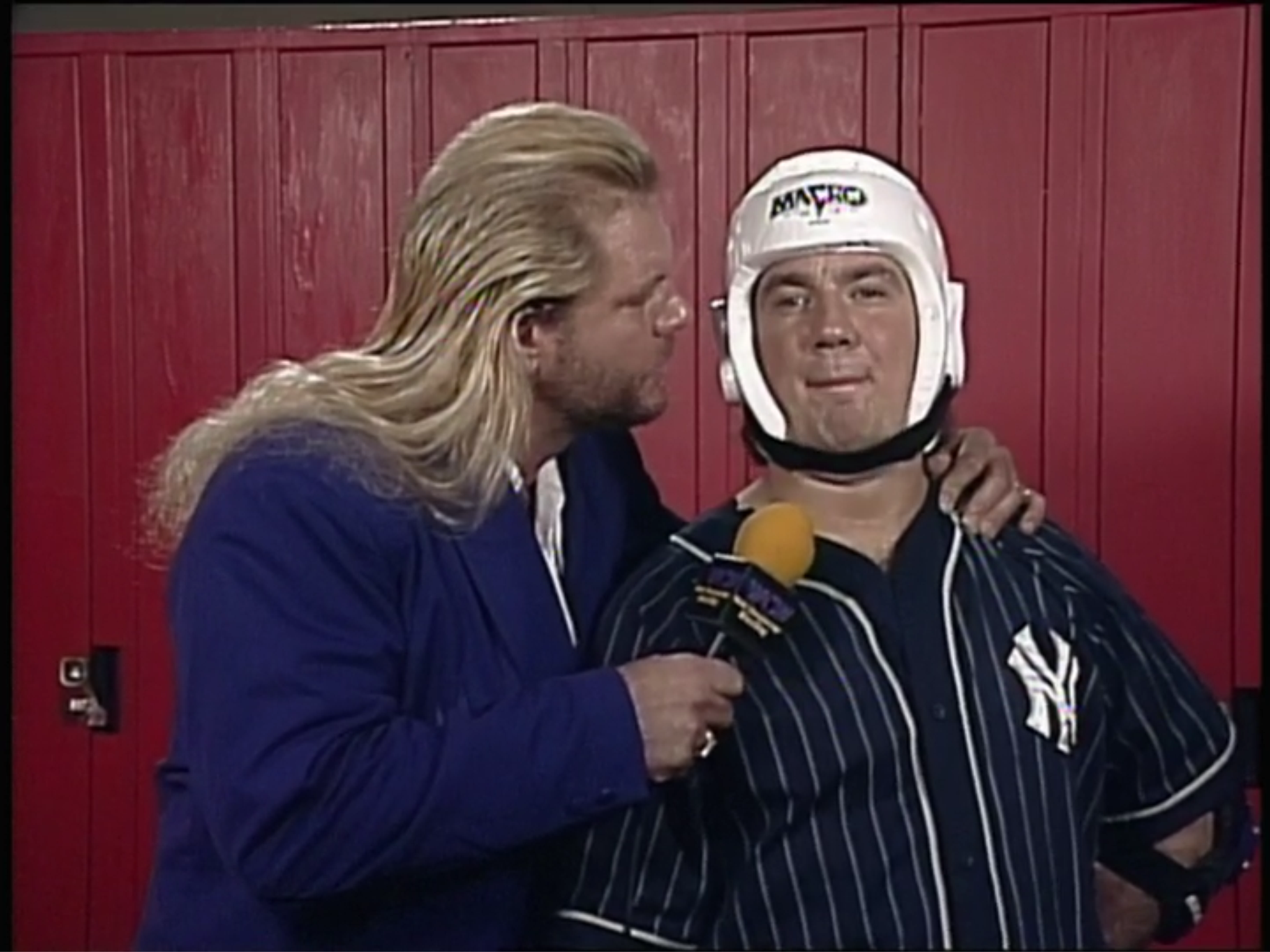 After a commercial break, an update on the King of Cable tournament airs. In the first match, Rude beat Windham. In the second, Sting defeated Pillman. In the third, Vader pinned Atlas. In the fourth, Rhodes squeaked by Barbarian. The tournament final will occur at Starrcade ’92. 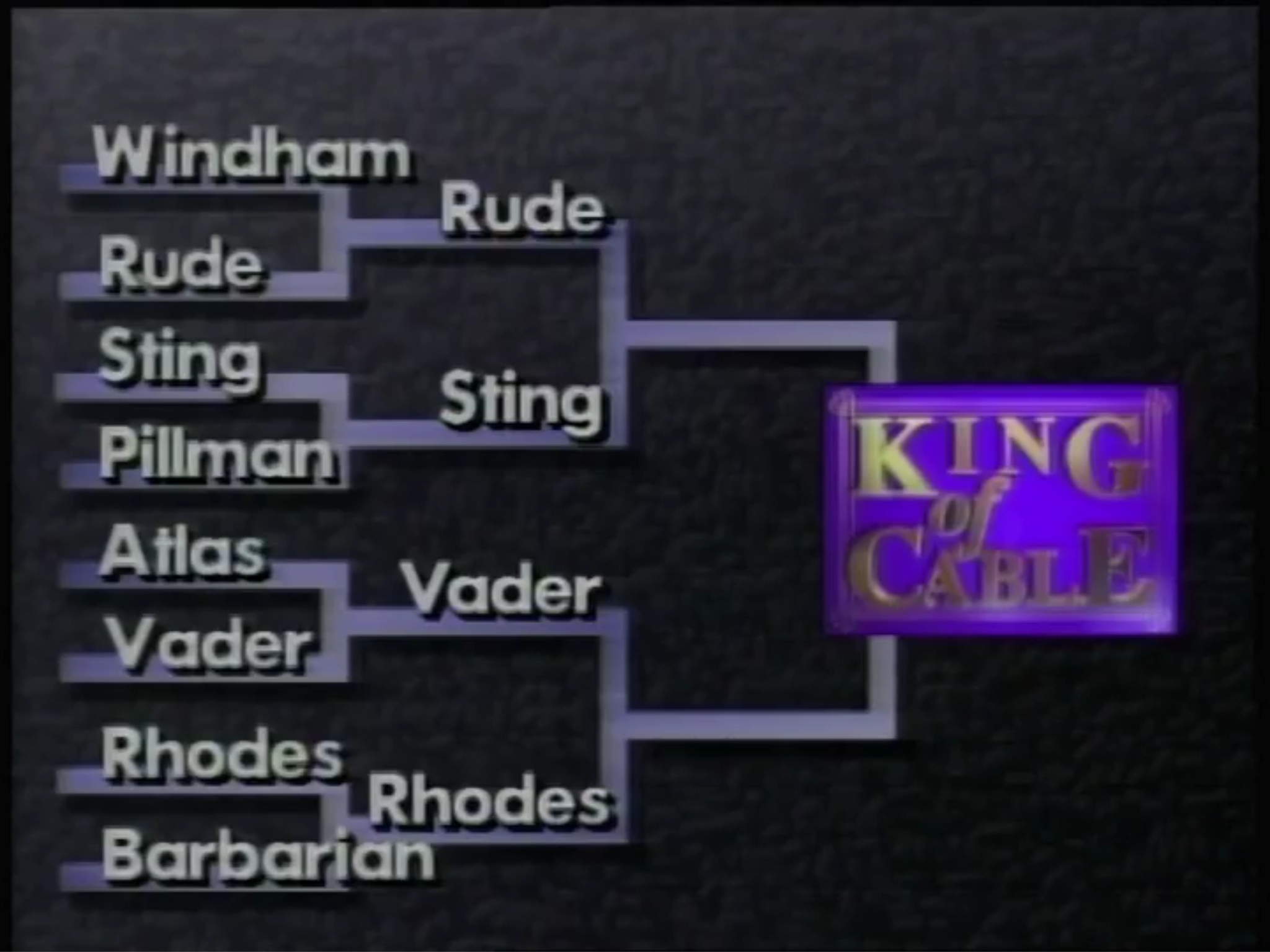 From the red locker room, Schiavone interviews Vader with Harley Race. Speaking of Vader, on Worldwide, he broke Joe Thurman’s back with a powerbomb (aired 11/7, taped 10/27).

Match 6 for the King of Cable (semifinal): WCW US champion “Ravishing” Rick Rude versus Sting

Summary: Extremely solid match where both wrestlers used psychology to their advantage. The final couple of minutes also made the match exciting which enabled the Macon faithful to enjoy it thoroughly.

After the match, Rude tries to attack Sting but receives an atomic drop.

Summary: The Texans’ inability to communicate properly cost them the titles. Do we just have a civil disagreement? Or is it more than that?

After the match, Rhodes is incredulous at the outcome yet apologizes/congratulates Steamboat. Windham also stands in disbelief and stares down Rhodes. As he yells at Rhodes to return, Windham gives him a kick to the midsection. WE HAVE A HEEL TURN! He then delivers a leaping DDT and spits on him. Ew.

When referee Randy Anderson tries to intervene, Windham shoves him down to the mat. He then places Rhodes atop the top turnbuckle and hits the superplex. Officials then separate them.

Ventura then interviews the NEW World tag team champions. After Steamboat refers to Rhodes as his “friend,” Windham CREAMS them with a steel chair. He then beats them both up until WCW Security pulls him away.

Conclusion: First, the last two matches on the show are worth the price of admission. As a wrestling fan, you owe it to yourself to check them out. Second, the undercard with its either intentional (Madusa/Uncle Paul) and unintentional (Badd/Flamingo) moments are at the very least entertaining. Considering this show was meant to set up Starrcade ’92, I’d recommend taking a look.

See you for WWF Survivor Series ‘92!

Comments? Suggestions? Send them to me at [email protected]` and follow me on Twitter (@rockstargary202). Also, please check out all of my reflections at rockstargary.com.