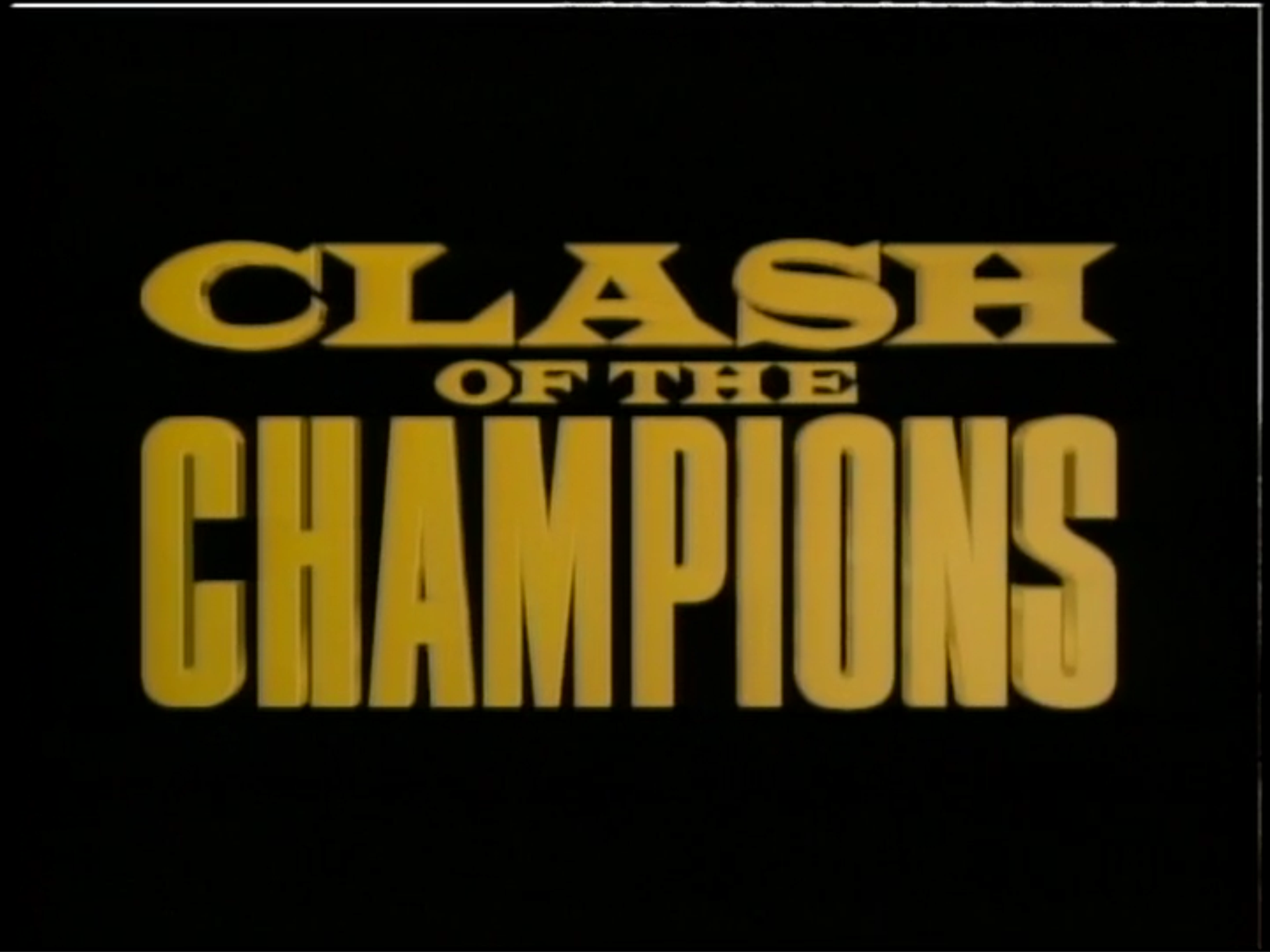 NWA Clash of the Champions XX

WCW celebrates twenty years on TBS. Who will make special appearances? Can Steamboat defeat Austin for the TV title? What happens with Brian Pillman? Included is a special BONUS match. What is it? Let’s find out! 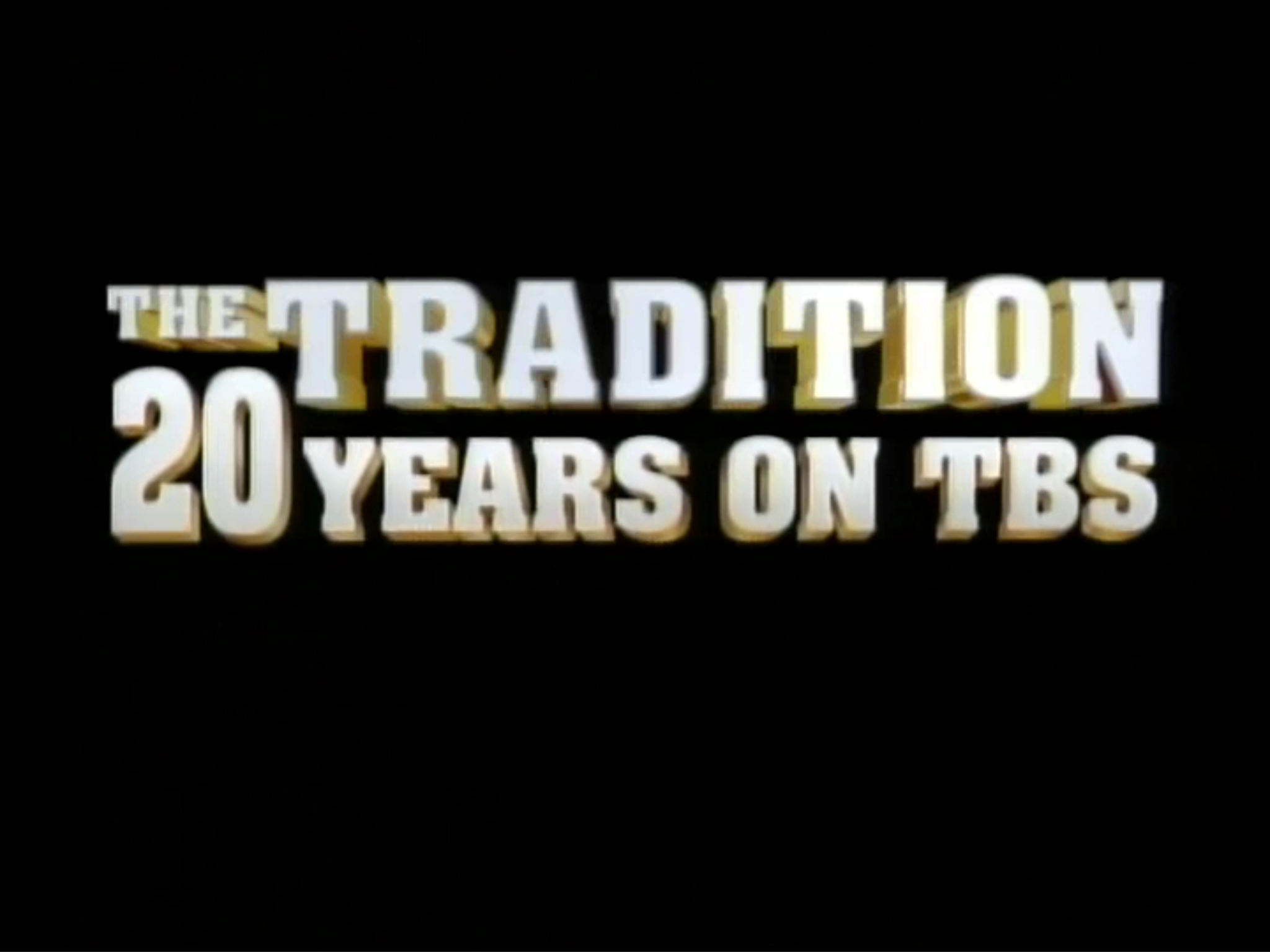 The show begins with a vintage promo featuring Gordon Solie with Andre the Giant. In addition to being the twentieth edition of COTC, this show celebrates the twenty years of wrestling on TBS. We then head down memory lane with clips of matches featuring “Cowboy” Bill Watts, the “American Dream” Dusty Rhodes, King Kong Bundy, the Spoiler, and “Nature Boy” Ric Flair.

Outside Center Stage Theater, Tony Schiavone, Missy Hyatt, Gordon Solie, and Andre the Giant welcome us to this extravaganza. Coming down the red carpet, WCW World champion Ron Simmons and his wife share some words with Schiavone. Next, Executive Vice-President of wrestling operations “Cowboy” Bill Watts and his wife emerge from a limousine. 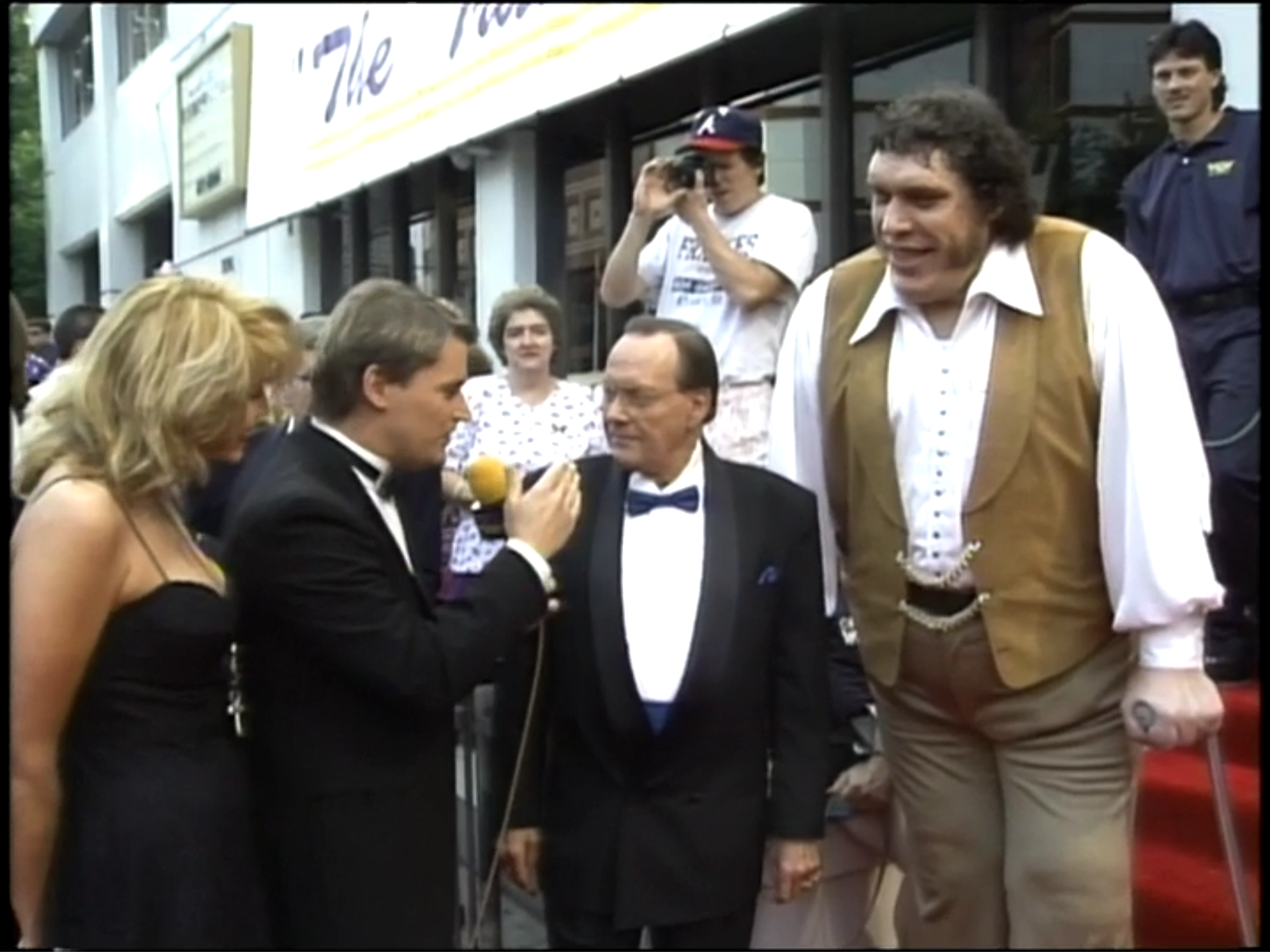 Following that, Atlanta Braves executive and Hall of Fame slugger Hank Aaron exchanges pleasantries with Schiavone. The President of WCW Bill Shaw and his wife then exit a limousine. Immediately following, WCW senior consultant Jim Barnett, Executive Vice-President of WCW Bob Dhue, and Bruno Sammartino. Not to be outdone, Sting arrives on a Harley-Davidson motorcycle. 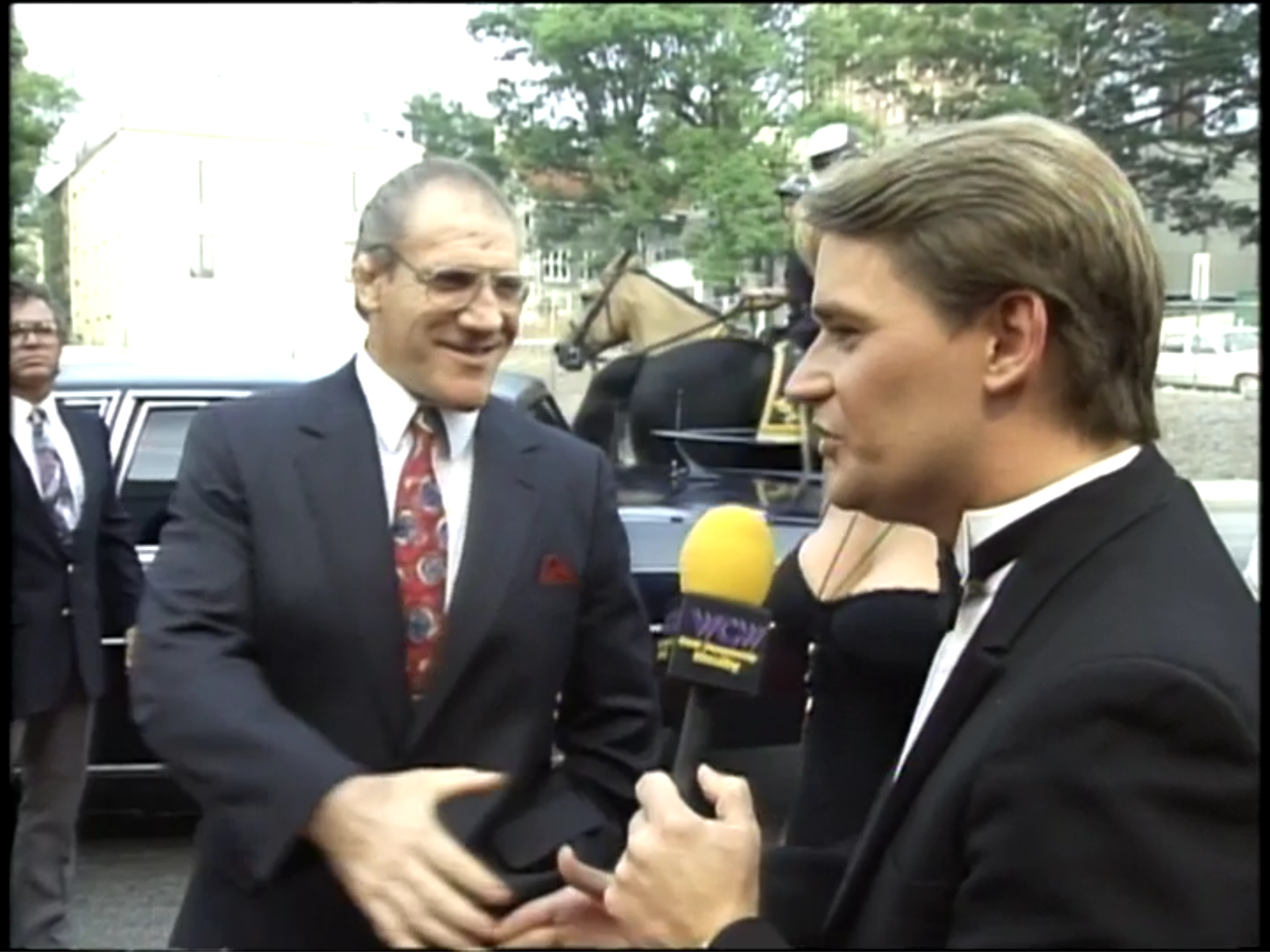 Summary: Good opener with a title change enabling Austin to get to the next level. Austin did a good job with ring psychology by working on Steamboat’s injured ribs.

Prior to the commercial break, we see a snippet of Mr. Wrestling II’s knee lift enabling him to gain victory.

Afterward, we get an overview of tag team wrestling. First, we see the Assassins versus Dusty and Ole Anderson in a steel cage. As you might expect, Anderson double-crossed Dusty. Second, we see Jack and Gerry Brisco win in a squash. Third, the Freebirds destroy some jobbers in a six-man tag. Fourth, the Road Warriors, as heels, toss around a jobber. Fifth, the Rock’n’Roll Express double-dropkick Lee Peak on their way to victory.

Promo airs for Halloween Havoc ’92 LIVE on PPV on 10/25. Are you ready to spin the wheel and make the deal? ORDER NOW!

Ventura then interviews Arn and Eaton with Hayes. To add to the nostalgia, Hayes name-drops the Midnight Express, Four Horsemen, and Freebirds.

Prior to the commercial break, we get an interview clip of Jim Cornette.

Afterward, Ross interviews Sammartino who thanks WCW and refers to the WWF as “that other league.” He then calls them an “embarrassment.” Ross then mentions that Sammartino will be involved at Halloween Havoc ’92.

From the VIP room, Long stands alongside Andre and Solie. He then interviews “Bullet” Bob Armstrong who mentions the Armstrong legacy in WCW. Long then interviews Patterson who appreciates the invitation. Via satellite, Mr. Wrestling II congratulates Ted Turner and promotes WCW as “the best.” 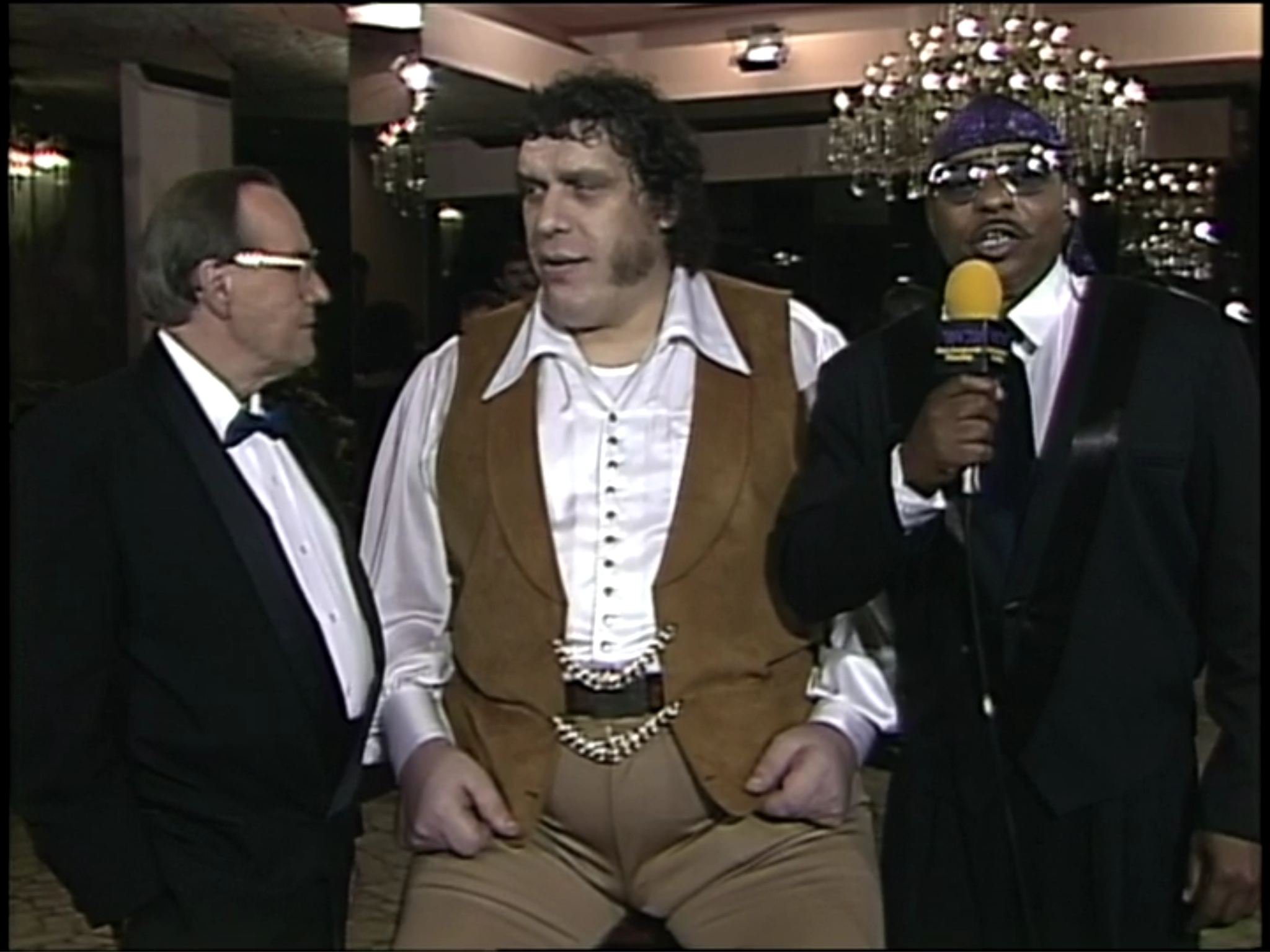 Speaking of Ted Turner, he offers appreciation to WCW for twenty years of wrestling on TBS. 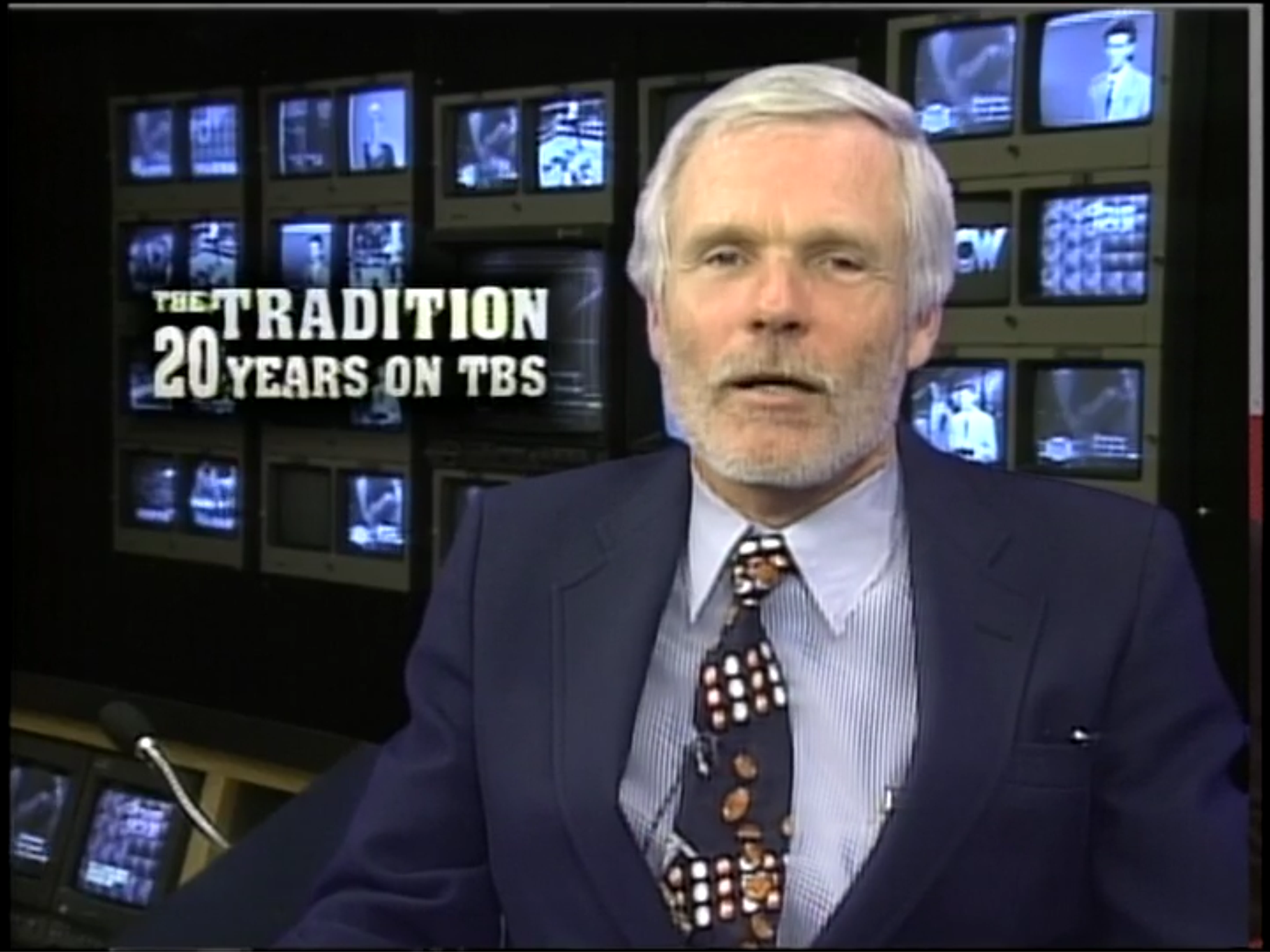 Prior to the commercial break, we get a plug by the Road Warriors for TBS.

Schiavone then interviews Watts who mentions Brad Armstrong’s knee ligament injury during a match against the Great Muta in Sapporo, Japan. He then strips Armstrong of the title and promises an upcoming tournament. None would be forthcoming.

Ventura then interviews Armstrong who is despondent about being unable to defend the title tonight. Suddenly, Brian Pillman interrupts with his disappointment by stating his fans wanted to see him regain the title. He then calls Armstrong a “gutless coward” and slaps him. WE HAVE A HEEL TURN!

Prior to the commercial break, we see a confrontation between “Wildfire” Tommy Rich and “Rowdy” Roddy Piper.

Next, a video featuring Simmons airs.

Prior to a commercial break, we get a confrontation between Flair and former heavyweight boxer Earnie Shavers.

Summary: Definitely not a World title-caliber style of match where Cactus barely stood a chance to win. On the other hand, he performed well enough to make Simmons look good. Hopefully things improve for the World champion.

Prior to a commercial break, we see Eaton delivering a flying knee drop with Cornette on commentary.

We then see highlights and the post-match celebration of the NWA World title tournament final. More on this later. Following that, Rude cut a pre-recorded promo on Chono.

Cactus Jack with Barbarian cuts a promo on Simmons and introduces Reed.

Summary: Mild upset as Dustin and Windham have been gelling recently while Reed and Barbarian may have never teamed before this event.

Ross then interviews Cactus Jack, Reed, and Barbarian who have set their sights on Simmons. Unfortunately, Reed would be fired thirteen days later for no-showing Macon, GA. Perhaps Reed was makin’ bacon elsewhere.

Prior to the commercial break, an interview of Dusty with Willie Nelson is shown.

Video featuring all eight wrestlers in the main event airs. Included were Vader’s World title victory at Great American Bash ’92, Roberts’ WCW debut as he delivered the DDT to Sting on a chair (aired 8/9, taped 8/2), Sting’s rebuttal, Koloff’s attack of Rude in the locker room (aired 7/25, taped 7/16), and a Steiners double-DDT off the top rope in Japan.

Prior to the commercial break, a clip of a showcase match from Sting’s early days airs.

Summary: Excellent preview of the PPV main event along with other upper card players showcasing themselves well.

Prior to a commercial break, a promo by the Four Horsemen airs.

According to Ross, 88% of the voters from the WCW hotline want the top rule rescinded. Woohoo!

Promo #4 for Halloween Havoc ’92 airs. Have you contacted your cable company yet?

Conclusion: Feel the nostalgia as WCW celebrated twenty years of wrestling on TBS. For longtime NWA/WCW fans, I wholeheartedly endorse this show. With the main event, the World TV title match, and the Pillman heel turn, the live portion stood well on its own alongside the historical clips. Finally, this show marks the final pro wrestling TV appearance in the U.S. prior to his death.

Summary: Absolutely incredible match and probably Rude’s best match. Chono’s seemingly endless pursuit of the title coupled with Rude’s reprehensible comebacks completely engrossed the Tokyo faithful to the point of ERUPTION at the finish. Let’s hope their rematch is somewhere near the greatness of this match.

Afterward, the NWA World title belt is fastened around Chono’s waist as he also receives an enormous check and the G1 Climax tournament trophy.