Now that Ole Anderson has been fired as booker, how does the Black Scorpion angle play out? Read on!

Ring announcer Gary Michael Cappetta introduces Sam Muchnick who thanks the heads of WCW for putting the show together. The national anthem is then played.

Summary: Good opener that showcased both Zenk and Eaton’s high-flying styles. In spite of the fictitious 35-match winning streak, Zenk would be rewarded by beating Arn on World Championship Wrestling (aired 12/29, taped 12/4).

Yes, I’m aware the match had already happened prior to this show.

After referees Nick Patrick and Randy Anderson carry the trophy designed for the winner of the tournament, flags from all countries participating in the tournament are waved by runway models. Not THAT kind of runway model! 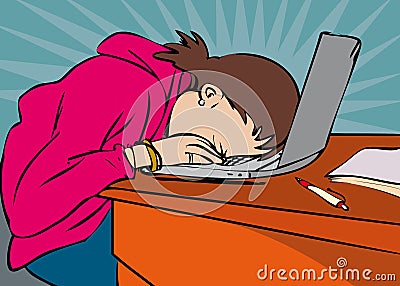 Summary: Brisk win for the #1 seed.

After the match, Mysterio hits a plancha onto Adams on the floor and injures himself.

On the podium, Missy Hyatt interviews Michael Wallstreet with Alexandra York. According to the computer, Wallstreet should defeat Taylor in 8:32. Wallstreet then cuts a quick promo on Taylor.

Summary: Although the St. Louis faithful enjoyed Muta’s work, they remained silent for most of the match.

Uncle Paul then interviews Mr. Saito and Muta at ringside who claim to be #1.

In the locker room, Schiavone interviews Sting who’s ready to reveal the identity of the Black Scorpion.

We then revisit World Championship Wrestling when Taylor insulted York and got slapped as a result (aired 12/15, taped 11/27).

Match 7: The Skyscrapers versus the Motor City Madman & Big Cat

Summary: SQUASH city for the reunion of the Skyscrapers. This would be the last supershow appearance for the Motor City Madman. I’ll pause so that we can compose ourselves…

Ok, then. Moving along.

After the match, Uncle Paul interviews the Skyscrapers who pick him up to stand “eye-to-eye” with them. HA! Now let’s properly mourn as the Skyscrapers would no longer be a team going forward. Here they are destroying and unmasking the Ding Dongs:

Summary: Morton and Rich avenged the Freebirds for their shenanigans.

After the match, the Freebirds dispose of Marley by delivering a double DDT. Before they destroy him further, Rich and Morton return to rescue Marley. With Gibson alone on the ramp, the Freebirds double-clothesline him. How dastardly!

On the podium, Schiavone interviews Hansen. While Hansen’s ready for the lariat match, he’s also disappointed that he can’t use the bell because “it’s too violent.” On the podium, Schiavone interviews Windham and Arn. We then revisit World Championship Wrestling when Long chauffeured and double-crossed Flair (aired 12/1). That took Flair out of the tag title match tonight. According to Arn, this is PERSONAL.

Summary: While technically solid, the St. Louis faithful made a mad dash for popcorn.

On the podium, Schiavone interviews Doom with Long. Match 11 for the NWA US title (lariat): Stan “The Lariat” Hansen (champion) versus the “Total Package” Lex Luger

Summary: Just a brawl with a screwy ending.

After the match, Luger clotheslines Hansen to a big ovation.

At ringside, Ross interviews the NEW US champion Luger.

Summary: Bloody brawl with a unique finish. This feud rages on.

After the match, the melee continues on the ramp as Simmons counters an Arn piledriver with a back drop. They then fight on their way backstage. As Ross calls Uncle Paul “stupid,” Paul arms himself with the cell phone. HA!

At the entrance, Schiavone hosts the trophy presentation while Rick Steiner waves the American flag. Schiavone then acknowledges the O’Connor family among the St. Louis faithful. Next, WCW Vice-President Jim Herd congratulates the Steiners for winning the tournament. The Steiners then give a shout-out to the troops in Kuwait. 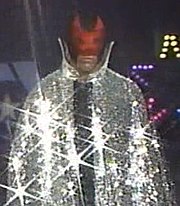 Match 14 for the NWA World title (cage): Sting (champion) versus the Black Scorpion

Summary: With little exception, the Scorpion tried very hard to disguise his repertoire. Unfortunately for him, Sting overcame his onslaught to retain the NWA World title.

After the match, the other Scorpions hit the ring, but Sting and Dick the Bruiser fight them off. The Scorpion then tries to escape as Windham and Anderson attack Sting. Following that, Arn delivers a DDT on a chair to Sting. After Arn WALLOPS Sting with a chair, the Horsemen hold Sting so that Scorpion can nail him with the chair repeatedly.

With the cage door locked, Z-Man and Morton valiantly try to save Sting. The Steiners then arrive with bolt cutters, and Sting removes the mask to reveal…Ric Flair! The babyfaces then chase the Horsemen away to end the show.

Conclusion: Let’s address the Black Scorpion angle. Since Ole Anderson didn’t have an endgame to the storyline, a horde of wrestlers portrayed the Black Scorpion over its four-month timespan. Randy Culley, “Wild” Bill Irwin, and Dave Sheldon played the “messengers” during the main event. As you know from Clash XII, Al Perez also donned the hood.

So how did WCW fix it? With Barry Windham not scheduled to participate at Starrcade, enrolling him made sense. Except that he masqueraded as the fake Sting at Halloween Havoc.

What to do next? Substitute Windham with Flair, and give Flair an out with the chauffer angle. So Sting faces Flair at Starrcade, but Flair must wrestle with ZERO repertoire disclosure.

The end result was a flat main event with the Horsemen re-enacting the Dusty Rhodes cage angle from ’85 but failing miserably. Let’s hope 1991 has a better outcome for WCW.

As far as the rest of the show goes, the tournament final and street fight are worthwhile. The rest, despite Luger’s reclamation of the US title, contains no value.