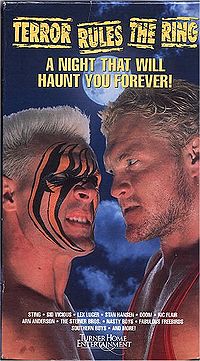 Pardon my dust, but the WWE Network only has the Turner Home Video version of the show. I’ll fill in the rest of the card as it happens.

At the entrance, Phantom of the Opera impersonator Tony Schiavone interviews Rich and Morton. In case you’re wondering, a knee injury placed Robert Gibson on the shelf. 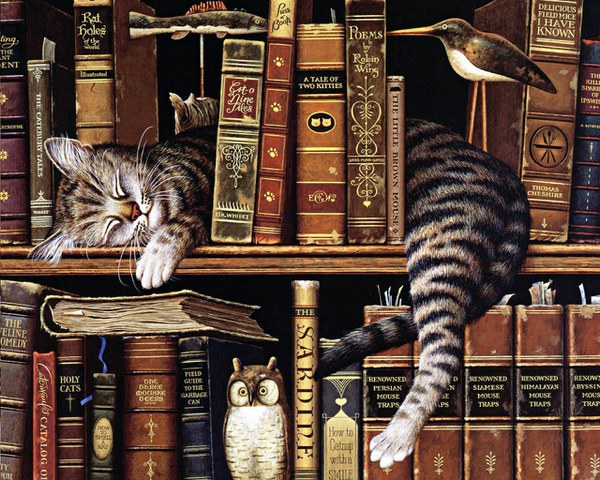 Not quite, but you get the idea.

Summary: Sadly, this was the last supershow for this iteration of the Midnight Express. Cornette would not make another supershow appearance until 1993. Regardless, this was an awesome match with a great send-off for Lane and Cornette.

Schiavone then interviews Sting who fumbles his words almost as badly as Earnest Byner in 1987. Suddenly, the Black Scorpion places a female fan in a metal cage, yet when Sting tries to rescue her, she vanishes into thin air. That’s simply magical, folks. She and the Black Scorpion reappear on the stage below, but Sting saves her.

Summary: Awful tag match where the heel Freebirds were the crowd favorite.

Schiavone then interviews three of the Four Horsemen. While Arn and Flair cut promos on Doom, Sid’s ready for Sting. Where’s Windham? Match 3 for the NWA US tag team titles: Steiners (champions) versus Nasty Boys

Summary: I can’t believe the Steiners and Nasty Boys were capable of stringing together such a fantastic match. This match had everything, and the Chicago faithful LOVED it. Great job, guys!

After the match, the Nasty Boys lay out the Steiners using the tag belts as weapons. As Sags tossed Adkins down, the Nasty Boys rammed Rick shoulder-first into the ring post twice.

PPV matches not on the WWE Network version:

Schiavone then interviews Scott who cuts a promo on the Nasty Boys. Abruptly, a concessionaire tosses his drink tray into Scott’s face. When Knobbs attacks Scott, the concessionaire reveals himself to be Sags.

Summary: Crappy finish to a great match as Arn and Flair made Doom look good.

Next, we get a pre-recorded promo from Hansen who cuts another disgusting promo on Luger.

Match 9 for the NWA US title: The “Total Package” Lex Luger (champion) versus Stan “The Lariat” Hansen 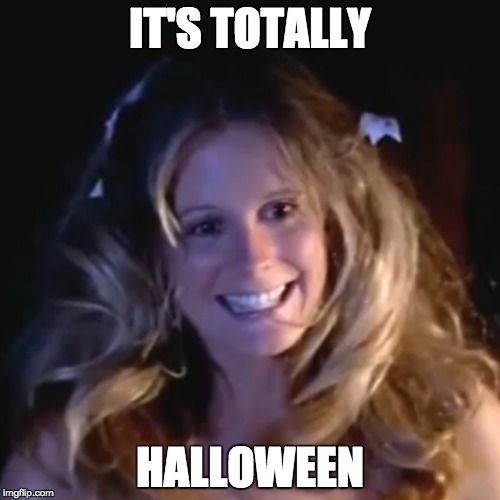 Schiavone then interviews Long who touts Doom and dismisses the Horsemen.

When Missy Hyatt joins the broadcast location, she haphazardly picks Sid to win the World title.

Summary: Controversial finish to a match where Sid didn’t showcase himself well.

After the match, the replay showed a Sting imposter as the show goes off the air. Conclusion: With the opener, the World tag title match, and the awesome US tag title match, this show is a no-brainer for a positive recommendation. Conceivably, down the line, Sid could be a worthy World title contender, but he needs to showcase his moves because defense isn’t his best weapon.