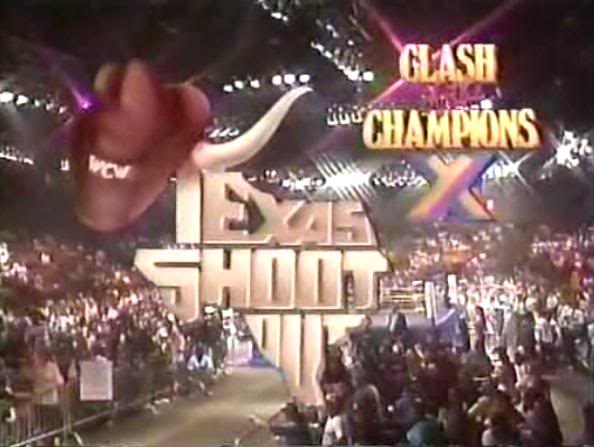 Let’s set the table for WrestleWar ’90, shall we? Will all of our guests arrive intact? Read on!

After Samoan Savage makes his entrance, a vignette airs with Williams “rescuing” a patient with an ambulance. Check out the NEW production values for WCW!

Summary: The Corpus Christi faithful loved Williams. It’s too bad his contract expired, and he left for Japan.

During the commercial break, a rap disguised as a promo for WrestleWar ’90 aired. It will be LIVE on PPV on 2/25.

Afterward, “Tuxedo” Terry Funk interviews the Four Horsemen. For those keeping track, Sting joined the Horsemen on 1/6 (taped 12/14). According to Ole, Sting is no longer a Horseman. That was quick. Additionally, his “death warrant” occurred when he signed to meet Flair at WrestleWar for the NWA World title. Ole then gives Sting two hours to cancel his title shot or else. When Sting grabs Ole, Flair nails him. WE HAVE A HEEL TURN! 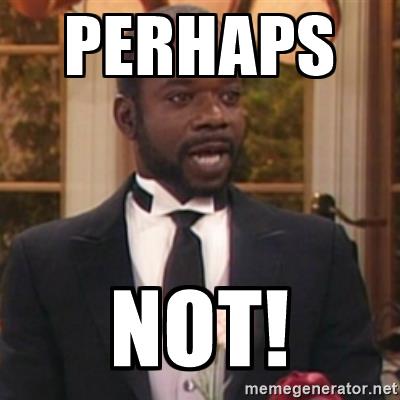 Summary: The plunge was the highlight of the match. While he wasn’t thrilled with working with Mascaras here, Manson would have much brighter days ahead of him.

Prior to the commercial break, Missy Hyatt shills NWA Main Event Sundays at 6:05pm on Superstation TBS. Guys, don’t make Missy wait or she’ll block you on Twitter too.

After a commercial break, Manson knocks the hat off of Tough Guys’ drummer Wolf Wild. Seething, Wild attacks Manson, and they brawl on the concrete floor. You know the music’s bad when Foley beats up one of the performers.

Backstage, Solie interviews Norman the Lunatic who wants to eat hot dogs while facing Sullivan. Insert your own joke here.

Prior to the next match, a vignette of Norman at the zoo is shown. He then refers to a potbelly pig as Sullivan. At least he didn’t snatch Nancy away from him.

Summary: One of the worst street fights I’ve ever witnessed.

Funk’s Grill: Luger is Funk’s guest and claims to be the #1 contender to the NWA World title. As the Corpus Christi faithful chants “We Want Sting,” Luger flaunts his ego until Terry cuts him off.

Prior to the next match, we meet the NEW Skyscrapers as “Mean” Mark Callous has replaced Sid Vicious.

Summary: This sets up their street fight at WresteWar ’90. Good supershow debut for Callous.

After a commercial break, Doom cuts a promo on the Steiners.

Match 6 for the NWA World tag team titles (mask versus title): The Steiners (champions) versus Doom

After the match, to avoid suspension, Simmons reluctantly removed his mask.

We then revisit the ultimatum from Ole to Sting. Will Sting relinquish his title shot?

During a commercial break, the rap for WrestleWar ’90 aired again. At least the needle wasn’t on the record.

Maniacally, Sawyer cuts a promo on Flair and Sting.

Summary: This was more angle than match, but what happened to Sting?

After the match, Flair exits the cage and ambushes Sting. Fortunately, officials separate everybody before the show leaves the air.

Conclusion: Sting’s diagnosis: Torn. Patella. Tendon. Those three words throw a huge monkey wrench into the NWA booking for WrestleWar ’90. As far as my recommendation goes, check out the last two matches and skip the rest. What’s next?