Skip to main content
Hey Scott, Talbot from the blog here. Dunno if you remember, but you gave me a plug with my debut E-Book back in April, and it helped it reach all the way to #3 in its category on Amazon. So, you know, thanks for that.
Anyways, I've got a new one out, and would be super grateful if you felt like giving it a plug. It's called Hungover & Handcuffed, and aspires to hardboiled, pulpy detective action in the tradition of Raymond Chandler and Black Mask Magazine. It has fuck-all to do with wrestling, but, uh… there's a serial killer who tortures people with a cheesegrater? There's a metaphor involving the phrase "deep throated a muppet?" There's.. violence, sarcasm, and explosions, mostly. At any rate, it's only 99 cents and has already reached #12 on the "Crime Fiction: Noir" charts, so people seem to like it. 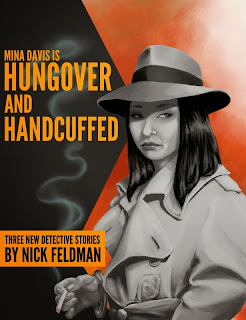 PS: As a promotional tactic, there's also a free story about the main character available on my blog at www.nicksblogamericain.com/blog/gettough